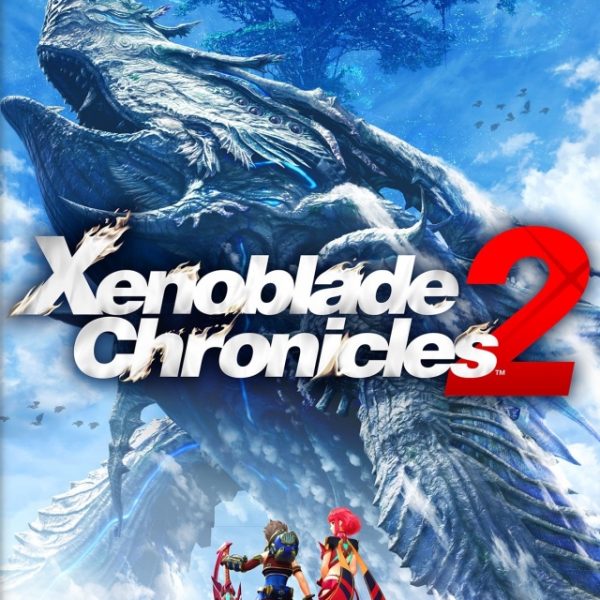 Xenoblade Chronicles 2 is a game filled with flaws. Just when the game feels like it’s going to recover from one of them, a few more show up. You can cover a flaw with only so much foundation and mascara. And yet, I still find myself slightly drawn to it. There is no denying that there are traces of good that keep the gamer coming back for more. Despite a nearly 90 hour play time and a sprinkling of epic moments, my first game for the Nintendo Switch exemplifies most of the problems I have with modern gaming. Specifically, the amount of hoops you have to go through just to reach a simple goal.

Before really diving in, I’ll mention a couple of things that are worthy of praise. The first is, of course, the music. This soundtrack, folks. This soundtrack right here. Yasunori Mitsuda headed the compositions for this game and the results show. Every tune in every instance in every area in Xenoblade Chronicles 2 is fantastic. I know that there will be gamers out there that will grow tired of all of the game’s nonsense and call it quits. If that’s you, then at least give the entire soundtrack a chance. It really is something special. While not as polished as the music, the graphics are lovely. There are some moments when the models look jagged, the game experiences slow down and/or the game suffers from “Pop In Syndrom” but it’s hard to hold those moments against the game. Indeed, the areas you will explore are pretty. The game is best played on the television, but the tablet works in a pinch. Finally, there’s the voice acting. The default, English voice acting has poor dubbing and a few mismatched roles. If you like, you can download the Japanese voice acting for free. The problem with this choice is that the names of characters, locations, events, and other critical aspects will be different from the subtitles. For example, Pyra will be called “Homura.”

So, who is this Pyra? Pyra is a Blade. Blades are beings born from stones called Core Crystals. When these crystals are touched by someone worthy, the Blade comes to life. The person that births the Blade is known as a Driver. Drivers and Blades call the world of Alrest their home. Alrest is a world inhabited by giant creatures called Titans; massive creatures that go about their day sauntering around a sea of clouds. The most gigantic of these Titans have civilizations established on them. Before meeting Pyra, however, we meet Rex. Rex makes a living by salvaging sunken treasure and selling it for profit. After returning from a salvage, he is given a new mission that his highly profitable, but highly suspicious. Rex ends up awakening Pyra, who is a special type of Blade called an Aegis. Pyra wishes to reach the paradise world of Elysium. Rex has always had the same dream, so this is the chance encounter of a lifetime.

The story has a strong start, but that momentum comes to a screeching halt after the first chapter. In fact, the first four chapters could have been cut in half and deliver the same narrative. You won’t find yourself routing for either Rex or Pyra. Rex is brash and mouthy, and yet, he manages to be a dull protagonist. Pyra is equally dull. She’s supposed to be the heroine of the story, but that role would be better filled by another character: Nia. Out of all of the characters in Xenoblade Chronicles 2, Nia is often regarded as the best. It’s easy to see why: she’s easy to relate to, she’s tough as nails, and she has an interesting story. There are a few other characters that help with pushing the narrative forward, but I can’t help but to feel that Nia would have been the best choice as the lead character. Most of the villains are just as unlikable. Their shticks grow old starting the moment they hop on the screen.

After Pyra joins the team, you’ll start to understand what I mean by having to jump through hoops to reach Elysium. Nothing is ever simple and, most of the time, it works against the game. The first hoop you have to jump through involves the menus. The game’s menus are poorly designed and muddled. You will be spending plenty of time in these menus, yet it’ll take a good hour or so alone to get used to them. The next hoop involves acquiring new Blades. Four out of the five playable characters can activate Core Crystals to get new Blades. The problem with this is threefold. First, the animation of unlocking a new Blade can’t be skipped. Second, the Blade you pull is random and will range from useless to super rare. Third, Blades cannot be swapped between characters unless you acquire a very rare item. The next hoop that you have to jump through involves the character that can’t activate Core Crystals. To power him up, you have to play a mini-game of skill. You’re stuck with this character in your third party slot for a long time.

The next hoop involves navigation: the mini-maps that appear on the screen are poorly designed and misleading. XC2 is structured like a lite-open world game, so wandering and exploring comes with the territory. However, what happens when you don’t want to explore and just move on with the story? There will be too many times when you will get lost in finding the right path to take. Another hoop comes with Field Skills. Taking a cue from a Metroidvania, XC2’s many areas have things that can only be explored if you have the right Field Skill, which come from Blades. Once again, the hoop gets more complicated. If your Blade has the right Field Skill or Skills, then you need to go into the menu to equip said Blade. More often than not, your team will lack the Field Skills necessary to access a new area or unlock a treasure. So, you either have to move on or you have to try to grind for it.

This is where Affinity Charts come in. With Affinity Charts comes another hoop. Every Blade has an Affinity Chart that can be filled out by performing various tasks that range from simple to complicated to mundane to interesting. And, that’s just the tip of the iceberg. There is so much stuff you can do XC2, but to get the most out of it you have to jump through hoops. The experience could have been streamlined and straightforward, but the game constantly goes out of its way to make you go out of yourway. I won’t get into Auxiliary Cores, Pouch Items, Development Levels, and/or Mercenary Missions. Completionists will have a field day with this game; there is the potential for at least 350+ hours of game time here. Those that wish to just experience the story, however, will inevitably end up getting lost or side-tracked and clock in anywhere from 60 to 80 hours.

Battles in Xenoblade Chronicles 2 could be considered a hoop for those that don’t take the time to understand all the goings-on. Trying to explain them here is going to be tricky. They have a simple start: while the AI controls the other two party members, you move your character around as they perform an auto-attack. As auto-attacks get used, gauges for skills called Driver Arts fill up. Once the gauges are full, you can press its corresponding button to use them. Using Driver Arts fills another gauge. This gauge is for Blade Combo Arts. This is where things get very confusing, very quickly.

Blade Combo Arts can range from level one to level four. Once you use a Blade Combo Art, the element of the Blade that activated it will initiate a combo. In order to continue the Blade Combo you need to have a Blade execute a level two Blade Combo Art and the Blade that uses it must be of a certain element. You have a limited amount of time to execute the next move in the chain before having to start over. This process continues a third time. When the third Blade Combo Art is executed, an orb will start hovering over the enemies head. This orb represents the element (wind, dark, light, fire, earth, water, ice, or lightning) last used in the Blade Combo. As all of this is going on, a separate gauge on the top of the screen is filling up. When that gauge is filled, you can start a Chain Attack. The purpose of the Chain Attack is to deal successive damage and to break the orb hovering over the enemy. If you break the orb, then you get another round of attacks. Doing this is the best way to deal huge damage to your enemies.

It took me a few hours of experimentation and outside research to fully grasp this battle system. Since the tutorials don’t help and can’t be revisited, chances are you will go through the same hoops to understand what the heck is actually going on when battles open up more features. Once things click, battles are fun. Even then, most enemies tend to be HP sponges and take far too long to topple. There are, of course, other aspects to the battle system such as roles, cancel attacks, and Blade switching. For the sake of time, understand that battles are complex and the game does a poor job of explaining how they fully operate.

The interesting thing about Xenoblade Chronicles 2 is that it kept me coming back. I would gripe and complain about nearly aspect of the game, and yet I continued to press on. I’m not able to pinpoint what exactly kept me returning my Switch. One possibility is that KOS-MOS from the Xenosaga series can be unlocked through the random Blade drawing. Unfortunately, the chances of pulling her are so slim that you’ll either have to be extremely lucky or you have to spend even more hours (i.e. jump through more hoops) to farm enough resources to potentially unlock her. Another possibility was that the story would continue its momentum that it hinted to in the starting chapters. Fortunately, it did and things started to become interesting again around the sixth chapter. It’s a very conflicting game because there are so many things wrong with it. Yet, the game kept pulling me back. In fact, a part of me wants to continue with filling out Affinity Charts and make an attempt to unlock KOS-MOS. But, a bigger part of me knocks me back to reality. Unless you’re tolerant of jumping through the above mentioned hoops, then Xenoblade Chronicles 2 won’t be the epic RPG experience you are looking for.

Overall, 4/10: Get those legs ready. You’ll be jumping through many hoops on your way to Elysium.