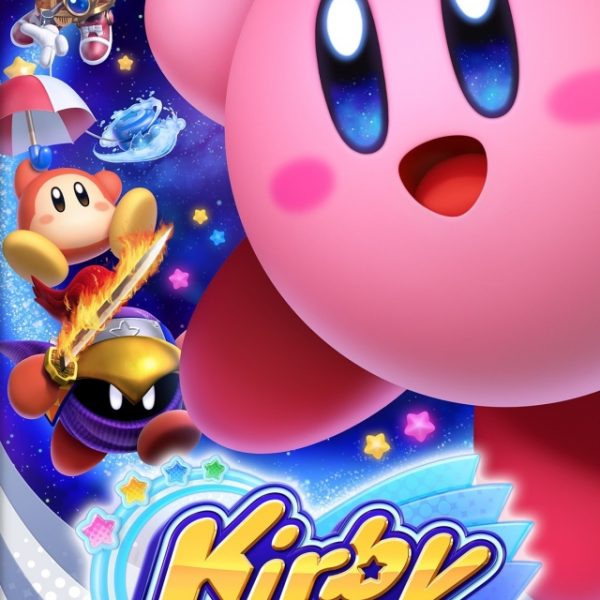 When I’m feeling blue, I look to pink to feel better. Specifically, I look to Kirby. Indeed, the puffy and pink protagonist is the perfect cure for feeling sad. Most of Kirby’s titles have a joyful and calming aura that make you forget your troubles and cheer you up in the process. Kirby Star Allies does all of this, but then magnifies it tenfold. His debut on the Switch feels like the right combination of Kirby 64, Kirby Super Star, and Kirby’s Return to Dream Land. Just sprinkle in some newness to it, and that’s gist of Kirby Star Allies. It’s a great game that, unfortunately, ends far too soon.

Kirby Star Allies begins as most Kirby games do: Kirby is asleep, the denizens of Dream Land are going about their business, and some alien force is up to no good. Said aliens are trying to resurrect an ancient ruler of darkness by invoking a larger than life, crystalline-heart structure. Of course, their ritual fails and causes the heart to shatter. The pieces of heart fall to Dream Land and cause most of its residents to act out of character. Meta Knight is looking for another rematch with Kirby. King DeDeDe wants to steal all of the food for himself. The list goes on. It’s up to Kirby to, yet again, save Dream Land and all of Pop Star from another menacing foe. The one thing I really appreciate about this story is that the new villains have a surprising amount of character. Enemies such as Whispy Woods and Kracko are fun to see again, but it’s the new enemies that really come to life. Before a battle, they’ll give small tirade that helps give them villains more personality. It’s nice seeing them this way instead of making them simple, talking heads. A little clever writing can really go a long way.

Kirby comes fully equipped with his usual arsenal: the dash, the guard, the slide, the float, the air-puff, the dodge and the inhalation. If he’s swimming, then he can fire a small stream of water if his current ability isn’t usable while submerged. Pressing down after inhaling enemies will let Kirby swallow them. If the enemy has an ability, he will copy it and have access to all of its power. Classic abilities such as Sword, Beam and Fire make a return. New abilities include Spider, Artist and Staff. Staff is my personal favorite because you watch Kirby turn into an adorable version of Kilik from Soul Calibur. He can twirl his staff upwards to hit aerial enemies, use it as a pogostick, and follow that attack with a swarm of jabs that ends in a downward slam. As usual, it’s a great time discovering a new ability and playing around with it to see all it can do. Fans of Kirby’s Dream Land 3 will be very excited when they see the return of Kirby’s adorable Clean Ability.

Of course, that’s not all Kirby can do. Two game play features cause Kirby Star Allies stand out from its predecessors. The first is the ability to throw a heart at an enemy. This will cause most enemies to join forces with Kirby. Up to three allies can join him. You can let the AI (which is surprisingly competent) handle them, or you can have up to three friends join in on the fun. The second feature is that Kirby and his allies can get their abilities enhanced from one another. Burning Leo can imbue Sword Kirby with his flames to turn his blade into a fiery flamberge. Broom Hatter can use his wind powers to let Bomb Kirby’s bombs float gracefully upwards. There are tons of possibilities and each one adds a special effect. Other abilities can benefit the entire team. For instance, the Parasol can be expanded to cover all four allies at once. Using the Artist ability, you can create restorative items. Many of the combined abilities are used to solve puzzles. Every stage in Kirby Star Allies has special puzzle pieces that you can find in order to make beautiful images that show the history of the Kirby franchise. Most stages have a hidden switch that grants you access to new stages.

An enhanced ability also means an increase in attack power. It’s fun to take down the bosses in Kirby Star Allies within seconds. Those looking for a challenge will need to look elsewhere. Now, everyone needs to remember something: Kirby has never been a difficult franchise. In fact, the most difficult Kirby game is the very first Kirby’s Dream Land when you play in the extra mode. Ever since, Kirby has become gradually easier. Kirby Star Allies might be the easiest game in the series, but the game wouldn’t be nearly as fun without the friend mechanics. Getting access to all of the game’s secrets is built around Kirby having his allies follow him. Alongside all of this are plentiful food items and stars for extra lives. Does the lack of challenge make the game any less enjoyable? Not at all, but it’s something to keep in mind if you’re looking for something difficult.

Kirby Star Allies is a beautiful game; exactly what you’d expect for a modern-day Kirby title. Whether you’re playing in portable mode or on the television, Kirby, his friends, his enemies, and the environments he explores are vividly stunning and bright. In usual Kirby tradition, you will explore lush greenery, fiery volcanoes, winter wonderlands and celestial atmospheres. The real visual pleasure comes with watching Kirby’s enhanced abilities. For example, combining Ice with Ninja allows you to see his ninja daggers turn into icicles. The tiniest of details were covered ensuring that Kirby looks as stunning as possible. Musically, Kirby Star Allies features a few new tracks and some returning ones. It’s a good mix of old and new, all accompanied by Kirby’s adorable voice.

Really, the biggest issue I have with Kirby Star Allies is that it’s over too soon. I finished Kirby’s main campaign, uncovering all of the secrets, in just under four hours. That length would be shortened if I had others playing with me due to the game’s lack of challenge. Sure, there are some extras you can unlock such as an arena and the ability to play through a timed mode as one of Kirby’s friends. There are a couple of mini-games available from the start, too. However, I would have preferred a lengthier campaign. A minor gripe is that HAL removed traditional Copy Abilities like Wheel and Jet. Also, I would have loved to see the return of the Bell Copy Ability. Those complaints aside, I can see myself returning to Kirby Star Allies when I need a type of pick-me-up that can’t be found from other franchises. Kirby Star Allies does a good job of putting our puffy pink hero on Nintendo’s latest console. Next time, I hope his adventure has more meat to it.

Overall, 7.5/10: Kirby’s Switch debut is like a tasty snack. It’s good while it lasts and cheers you up, but snack time never lasts long enough to fill you up completely.