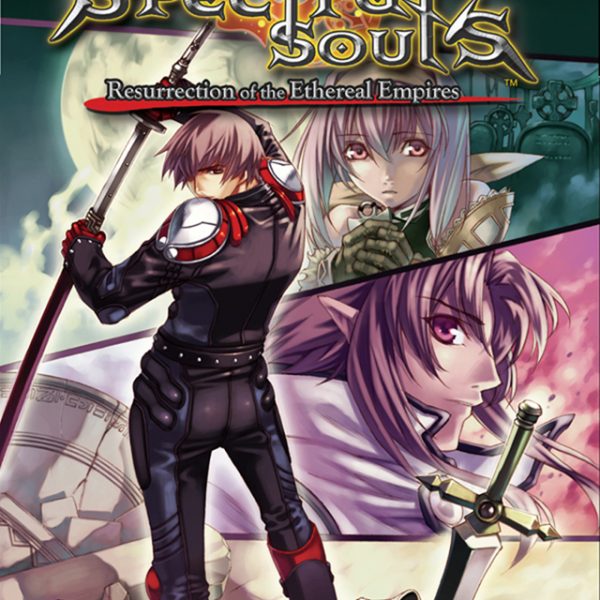 Author’s Note: This review was originally published on June 25th, 2007. Despite what the reviews introduction says, I knew full-well that Spectral Souls had issues with its buggy loading times. I  remember trying to hack my PSP in order to help with the loading times, but I was never able to get it to work.

When I play games, I usually lack any expectations. Unless it is a series I know very well, I pop in a new game with a clean slate. However, one thing that I expect is that the game is finished. This means all of the bugs and glitches were removed during the testing phase of the game. Clearly, Spectral Souls failed to get tested, or it was tested by the blind. Regardless of what happened, what could have been a groundbreaking SRPG became the complete opposite, damaging the reputations of the SRPG genre and the PSP system.

Game play makes all of the difference in the world when it comes to making or breaking a video game. For Spectral Souls, this is where the game breaks apart like a vase on a floor. You will see the words Disc Access all the time. I am serious when I say that. Every two to three seconds those two cursed words will appear at the bottom of your PSP screen and it will annoy the hell out of you. Even if you have the patience of a temple monk, you will still get ticked by how long this game takes to load. I’m not just talking during the parts when it is going from a battle to a story event, no sir. I am talking about everything. For instance, when the story is playing out, the game takes seconds to load the portraits of the characters who are talking, the actual text of the conversation, the character movement, the actions, the everything. In battle, moving, attacking, using skills, using items, and everything in between takes time to load. While you can turn off these animations in battle to take some of the pain away, that doesn’t excuse the fact that this game is lacking tons of polish. Disc Access will appear all the time during these events, and for a game that has multiple endings and up to 50 hours of game play, that is just too much.

What annoys is me the most is the amount of new, innovative stuff this game adds to the SRPG genre and how it cannot be realized by the above mentioned flaw. Your battle party consists of story characters, instead of mercenaries you’d hire from a town. All of these characters have their own set of skills which reflects their personalities. Most of the battles have multiple choices as to how you can complete them. Each character can chain attacks with other team members, or charge an attack for some high damage. There are plenty of paths for character growth too. Outside of the battle you are treated to a very cool story. You take the lead of three armies, and each choice you make will determine whose army you favored most, which ultimately decides what ending you will see. But, none of these great features, plus the ones you are used to seeing on an SRPG, can be enjoyed due to the absolute horror of the game’s load time issue. Even for a PSP game, this is absolutely ridiculous.

It’s not like the game has much to load, either. The graphics are typical 2D sprites on an isometric field. There are some vivid colors here and there, and some of the techniques in battle are flashy, but there are no huge environments or polygons to load up. I did enjoy the graphics, but the words Disc Access made me unable to enjoy them to their fullest.

The music, while nothing special, gets it’s job done. Battle tracks and town tracks alike are what you’d typically expect from an SRPG. There is little voice acting in this game and the other sounds just happen to be there. A character may shout when he attacks someone, but it in no way effects the game as a whole.

However, the one thing that does effect this game as a whole is what I’ve been complaining about from the start of this little review: the words Disc Access. There is absolutely, positively no excuse for this game to suffer the way it does from load times. From a company as credible as NIS, this game should not have been released before it’s final testing. Or, if this is the final product, it should have been recalled off of the shelves until a more playable game without ridiculous load times was available to the public. Spectral Souls could have been huge, and rivaled SRPG kings like Stella Deus and Final Fantasy Tactics. Instead, you have a buggy, glitch filled, messy excuse for a PSP game.