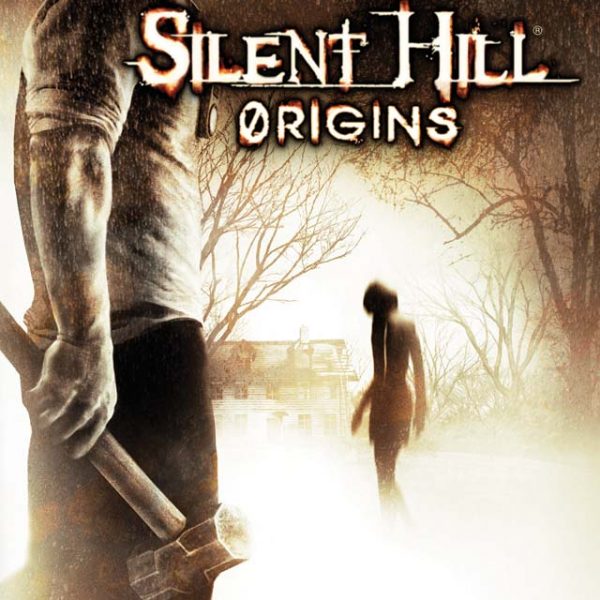 Author’s Note: This review was originally published on November 29th, 2007. It was around this time that I started using “witty” taglines to separate each section. The level of fanboyism is quite strong in this review, but I still feel that Origins does a serviceable job at introducing gamers to the world of Silent Hill.

I have said it before and I will say it until I am blue in the face: Silent Hill is the greatest survival/horror series of them all. Instead of zombie infested towns, mansions crawling with insects, or forbidden scientific laboratories, Silent Hill uses symbolic meaning, occult, and down-right blood-curdling atmosphere to achieve the goal of scaring the player. Other games have done this, but the Silent Hill series does it the best. With Silent Hill: Origins for the PSP, fans of the series get to see where everything began in the first Silent Hill game that started it all. For those who are new to the series, Silent Hill: Origins is a great game to start with. While it does have annoying game play, which is also another Silent Hill trademark, SH:O is one of the creepiest games of all time and a great addition to the Silent Hill series. This game is yet another reason to own a PSP.

A Lonesome Trucker in a Lonesome City.
Travis Grady, a trucker with a shrouded past, has been living his life on the road. Not one to get close to others, Travis prefers to live his life solo as he moves from job to job. For a while now, life has consisted of him and the lonely road. During a drive in a terrible storm at night, Travis sees what looks like a young girl in the middle of the road. Screeching his truck to a halt, the girl vanishes and Travis looks for her. What he uncovers is a single house burning to the ground. After he hears the screams for help, he rescues a young girl with terrible burns. The two of them pass out, but Travis wakes up alone in the quiet, foggy town of Silent Hill.

A classic beginning to a classic series which leaves you begging for more. SH:O uses the same, creepy story-telling that it has used in previous games. By controlling Travis throughout the vast city, you get to uncover haunting secrets and dark intentions about Silent Hill and how things began. At times, things can become a bit confusing because the game leaves some questions unanswered. However, thanks to the folks at GameFAQs.com, there is a wonderful plot analysis that will allow you to fill in the gaps. The rest of the stuff will be filled in by you, the player, as you trek through the foggy town of nightmares encountering mysterious characters and revealing Travis’s mysterious past.

Infinite Inventory.
The lame part of Silent Hill: Origins is the game play, but veterans of the series probably expected as much. Travis will run out of breath if he runs for too long, and he is not the best fighter. To the game’s credit, SH:O has added some never before seen ideas into the series. First off, when one of the sickening enemies attacks you, the game may require you to press a button on command or tap the X button quickly. Travis can also perform a rush attack or a charge attack with certain weapons. Heck, he even fight with his fists. Another interesting aspect is that melee weapons will break when used too much. While this does add a sense or realism, it can frustrate those who enjoy the combat. Luckily for others, most fights can be avoided as long as you recognize the enemy attack patterns. However, doing this will cause you to accumulate a massive inventory of weapons and Travis is somehow able to carry everything with him. While this is far better than dealing with Henry Townshed and his eight item limit, it does raise a question as to where Travis fits all of his stuff. There are tons of things to be used for up-close combat: shovels, wrenches, poles, lamp posts, spears, pieces of wood, and even a katana. You will uncover multiple fire-arms as well. Finally, Travis can use portable TVs, crates, tool boxes or lamps to attack the enemy from afar with a mighty blow.

The enemies and the bosses you face are some of the best designed yet. Also, fans of previous entries will recognize some returning baddies. Boss battles can be a bit intense, but there are usually a plethora of save spots in case things do not go your way. While the combat can be a bit clunky at times, it should not turn off those who enjoy survival/horror games for their true purpose: the story and characters.

Play in Darkness.
With any survival/horror game, it is recommended to play in the darkness to add to the fear factor. The fact that SH:O is a portable may make some question whether or not it will have the same effect. Worry not, because the graphics on this PSP title look amazing. I may even go as far to say that the graphics could be compared to a PS2 game. Everything from the freaky environments to the horrific monsters makes playing this game a feast to the eyes. This is especially true if you play in isolated darkness. Also, SH:O has some of the best looking FMV sequences in the series.

My favorite aspect of the graphics comes with the mirrors. In certain areas, mirrors allow Travis to go into an alternate world. While the structure is the same, the way the areas look is not. The mirror world is even more destroyed, crusty, rusty, and decrepit than the regular world. This variation was great.

Moans and Groans.
Another important aspect for the Silent Hill series is the sound. The creaks and cracks of the environments you traverse help make the game scarier and also make the graphics pop. As Travis walks on a metal grate, it clanks and as he walks on a defeated enemy, you hear a squishy sound. The sounds monsters make when they are alive are of your typical fright fest. They yell, shriek, moan, and groan as they let you know they are out for Travis’s life. When Travis makes contact with one his weapons against the monsters, it sounds plenty satisfying.

Multiple Dark Paths.
While SH:O may last you only about 10 hours, there are plenty of reasons to go back for more. First off, there are multiple endings. Another reason to play more is that you can earn Travis accolades. This basically means Travis will change costumes, ultimately making him appear differently during the story events and while you travel through the haunted town of Silent Hill. You can unlock new weapons for your fighting pleasure, and even fill in some missing links you may have missed from your first play through. I know I will be playing more. Sure, the combat is clunky and the game is short, but SH:O delivers in terms of story and characters. Really, that is what a game of this nature is all about: scaring you. SH:O will make you jump from the scares around the corner, but it mainly makes you cringe when you learn about what truly goes on in this forsaken city. Besides getting to learn about Travis and his past, you get to see the origins of Harry and Cheryl for the first Silent Hill. Fans of this amazing series and fans of survival/horror games should totally check out Silent Hill: Origins.