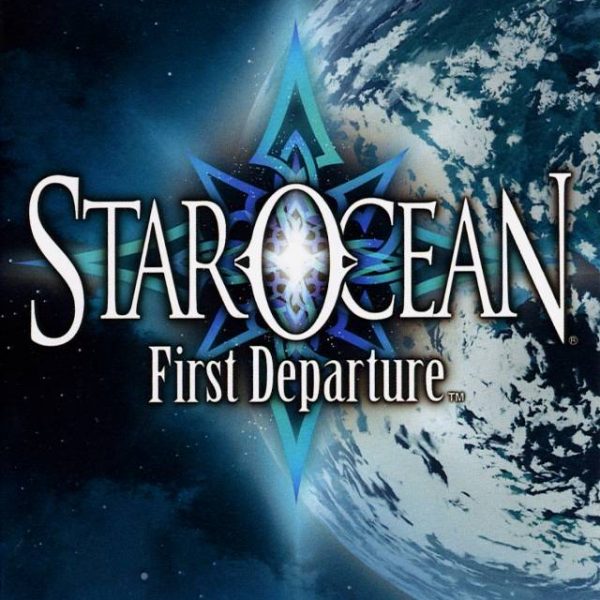 Author’s Note: This review was originally published on January 21st, 2009. Since then, my opinion on the Star Ocean series has improved. Like other reviews of the time, it has “witty” taglines that separate each section.

For those of you who know me on this website, you know that my opinion on the Star Ocean series is not the highest. Star Ocean: The Second Story was a game that gained popularity only for being different. Star Ocean: Til the End of Time had an awful plot with some of the worst game mechanics I have ever seen. After hearing that the original SNES Star Ocean was going to be remade, I was annoyed. For the last time, Square, stop going back to your archives and create something new! Despite my bitterness, I decided to give the game a shot. What I got was a surprisingly fun RPG, despite the game’s issues that were never addressed from Star Ocean: The Second Story.

Roddick, Ronyx, and Roak.
Roak is an underdeveloped planet that lacks technology and science. A plague has been spreading that causes people to turn to stone. In the town of Kratus, the defense force’s troops Roddick Farrence, Millie Chliette, and Dorne Murtough are wondering what can be done to cure this plague. Luckily, two strangers arrive from the planet earth with the news that they are able to help them solve the mystery of the plague. They are Ronxy J. Kenny and Ilia Silvestri. Together, they hope to stop this plague, and ultimately stop the spread of all intergalactic terror.

Despite the title being Star Ocean, your galaxy travels are limited. Also, there are a few elements of time travel. This leaves room for plenty of plot holes. While the story does start off interesting, the end of the game comes too soon and too unexpectedly. Villains and heroes alike tend to pop out of nowhere and show little motivation for their actions. One of the biggest controversies with the story were the name changes. Roddick was originally called Rattix, and Ronyx was originally called Ronixis, just to name a few mistranslations. Luckily, the main characters are fun. They may not develop as well as one would hope due to the game being only 20 hours long, but there is still a large cast of characters to recruit in typical Star Ocean fashion. There is also a secret character. Once again, the Star Ocean tradition remains with fun characters being trapped in a silly story. I will say, though, that there is no “plot twist” like that of Star Ocean: Til the End of Time found in the story.

A New, Old Look.
Did you play Star Ocean: The Second Story? If yes, then the graphics will be familiar to you. The only difference this time are new, fully animated cut scenes that help advance the story. Now, if you are foreign to Star Ocean: The Second Story, then you will be in for a pleasant surprise. The look of the game is that of a PS1 title, but this is far from bad. The gorgeous towns are full of places to explore. Monsters are imaginative, but a bit recycled. Character sprites are crisp, colorful, and look great in motion. Still-drawn portraits accompany the conversations going on. The only downside to the graphics is the fickle camera in battle; it has a tendency to get jumbled up when things get too chaotic. This leads me to the most important section, actually.

Time For Real Time.
The question returns: did you play Star Ocean: The Second Story? If yes, then the battles will be familiar to you. If you fall into the, “No, I have not played Star Ocean: The Second Story” category, then read on. You can bring four characters into battle at a time. You control one of them while the AI controls the other three. The AI options are limited, making certain battle frustrating. Battles play out in fast-paced, real time persuasion. You can move your character around, or hit the attack button to run to a target for a normal strike. Hitting X three times will unleash a three-hit combo. You can assign special moves to the R and L buttons. The more you use your moves, the more powerful they get. You can also switch your controlled character on the fly.

While the battles are fun, they can also be ridiculously easy. Magic casters can dominate a battlefield. Items are rarely needed due to the amount of healing spells available. While the start of the game can be a bit tough due to your lack of teammates, the rest of the game is a breeze. Still, this does not stop the battles from being fun during certain times.

Creation Kings.
For the last time, did you play Star Ocean: The Second Story? You did? Well, that’s fun. You will be glad to hear that the item creation system was left unchanged. If you have not played Star Ocean: The Second Story, then you will get enjoy one of the more fun and stand-out features of the Star Ocean series. In towns, you can buy skills. When you level up in battle, you will earn SP to level up these skills. With the right combination of learned skills, you will be able to create items. Item creation options include performing alchemy, customizing weapons, forging armor, mixing herbs, cooking, and so much more. You can also use skills to perform specialties. Specialties include searching and gathering, writing, and playing music. This was, by far, the best feature of Star Ocean: First Departure. While creating certain items makes the game more easy than before, the thrill of creating something new never grows old.

Aside from the item creation system, this RPG is standard when you are not battling. There will be plenty of world map travel ahead of you, and towns are full of things to buy. Unfortunately, you never gain access to a flying mechanism, so you are stuck constantly walking across the world map time and time again. It does not help that Roddick moves at a snail’s pace.

First Ain’t The Worst!
If anything else, Star Ocean: First Departure surprised me. The added anime cut-scenes and the Star Ocean: The Second Story graphics and game play turned the SNES cult-classic into something more accessible. However, many of the issues plaguing The Second Story were left untouched in First Departure. Furthermore, those who played the original title on the SNES will be upset by the amount of name changes. The flaws aside, this PSP title is still worth checking out for those looking for an RPG that mixes old and new school elements from the genre.