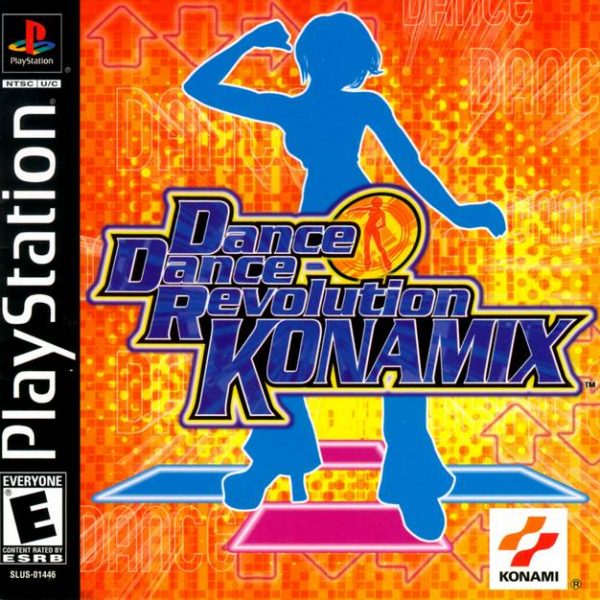 Dance Dance Revolution Konamix is the perfect game for those interested in the series. By the time of its release, DDR was a huge a success in Japan’s arcades and the PlayStation. Unfortunately, importing games wasn’t easy as it is today so it was difficult to get new players in the states initiated. Before the release of Konamix, Konami released a game in the United States simply called Dance Dance Revolution. Unfortunately, it was bare bones and had only a handful of songs. DDR Konamix more than makes up for it with tons of songs to unlock and multiple modes to initiate new players.

The formula for DDR Konamix is no different than any previous entry. After selecting a difficulty level, you select a song. The song styles run the gamut. There are jazz, hip-hop, R&B, drum and bass, pop, rock, J-pop, European techno, trance and many other song types. Since music is one of the most subjective topics in history, I can tell you that nearly all of the songs are great but others could disagree. Thanks to the large library of songs, chances are that there will something for everyone. Personal favorites included Dive, B4U, .59 and Look to the Sky. The music is the most important feature of any DDR title and Konamix has a great selection of it.

Actually playing any entry of Dance Dance Revolution will be dependent on whether or not you get the dance pad. The concept of DDR is simple: at the top of the screen are arrows facing the up, down, left and right. Flashing arrows from the bottom of the screen will rise to the stagnant arrows at the top of the screen. The player needs to match the arrows when they match. Like I said, simple. In the background are psychedelic colors, characters dancing, flashing lights, and other fun things that add a nice touch. They’re not enough to distract you from the arrows, but they add a necessary splash of color. That said, the varying levels of difficulty will make Konamix one of those games that is easy to pick up and play but nearly impossible to master. As you complete various songs and fulfill various conditions, you will unlock new songs. There is a tutorial for new players, a practice mode, and a work out mode that lets you count your calories.

If you don’t have a pad, you will have to use a regular controller. Obviously, it’s not the same. Anyone who wants to play a DDR title, not just Konamix, needs to invest in a dance pad so they can get to the closest thing that the arcades offer. The home version of the pad has a tendency to slip, but you can do some modifications to it in order to make it more stable. If you are interested in getting into DDR, I highly recommend getting the pad along with this, or any, of the games.

There isn’t much to say about Dance Dance Revolution Konamix. Heck, there isn’t much to say about the entire series. The concept is simple, but sometimes a simple concept is all you need to make a hit. At the time of this review’s writing, other dancing games have been released on modern consoles. Still, I always find myself going back Dance Dance Revolution because something about it works and has continued to work since its advent. Interested in dancing with the rest of us? I recommend checking out Konamix and joining the revolution.