Thanks to Project X Zone, I decided to learn more about this title. Part 1. 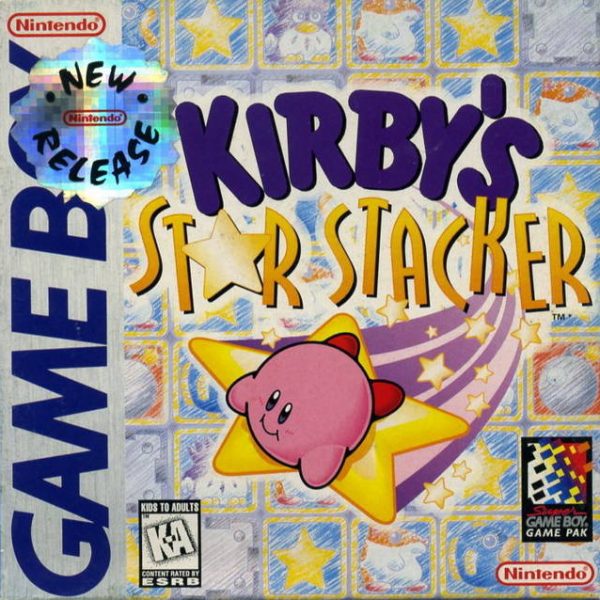 During the days of the cinderblock Game Boy, puzzle games were the perfect choice for both long car trips and short commutes in public transit. While most folks immediately think of Tetris as their go-to puzzle game, my choice is Kirby’s Star Stacker for a variety of reasons. Obviously, it features my favorite Nintendo mascot. Furthermore, it’s an original game that didn’t use a preexisting formula from other puzzle games. Finally, the game is effortless to pick up and play yet requires a fair amount of skill to fully master in order to get through the final stages. If you’re a fan of puzzlers, Kirby’s Star Stacker is a great choice.

Upon starting the game, you will see that there are a variety of modes to select: Round Clear, Versus, Time Attack and Challenge. Round Clear has a set number of stages you need to finish, each on their own level of difficulty. Challenge continues almost endlessly. Versus and Time Attack should be self-explanatory. No matter which mode you go with, game play remains the same. The goal of Kirby’s Star Stacker is to earn a certain number of stars. To do this, you need to sandwich falling star blocks between the same falling block featuring one of Kirby’s friends: Rick the hamster, Coo the owl and Kine the sunfish. Once a star is sandwiched, the three blocks will disappear. It’s a familiar formula, with a slight twist. After a certain amount of blocks fall, King Dedede will add a row of blocks to the bottom of the screen. The game ends when the blocks stack too highly on the top of the screen or when you clear all of the stages.

The key to victory in Kirby’s Star Stacker, especially on the higher levels of difficulty, is to make chain reactions to earn multipliers of stars. Not only does this decrease the number of blocks on the screen, but it clears the round much quicker. This is important when Dedede continues to increase the bottom row more often. Completing a round rewards you with an adorable picture of Kirby and one his friends. There are also intermissions showing some equally adorable antics. Kirby’s Star Stacker is simple and familiar, but the inclusion of the Kirby world plus the unique aspect of trying to gather a set number of stars lets the game stand out from other puzzlers on the Game Boy.

Graphically and musically, Kirby’s Star Stacker is what you would expect for a puzzler on the original Game Boy. While you can get some extra pop if played on a Game Boy Color or Game Boy Advance, the overall look is the same. There isn’t much animation or cutting edge imagery; most of the time you’ll be looking at the falling blocks. The still images are adorable, but they only last a few seconds. The music is forgettable.

Still, as a Kirby title, there is no denying that cuteness of Kirby’s Star Stacker despite its simplicity. Fans of games like Tetris, Dr. Mario and other classics will eat up Kirby’s Star Stacker. It’s not a traditional Kirby adventure, but it provides some puzzle-tastic fun that the Game Boy is known for.

Overall, 7/10: Kirby’s Star Stacker is easy to pick up and play and provides familiar yet clever puzzle action.