Wayfarer of Time reminds me why I love RPGs so much.

Thanks to Project X Zone, I decided to learn more about this title. Part 1. 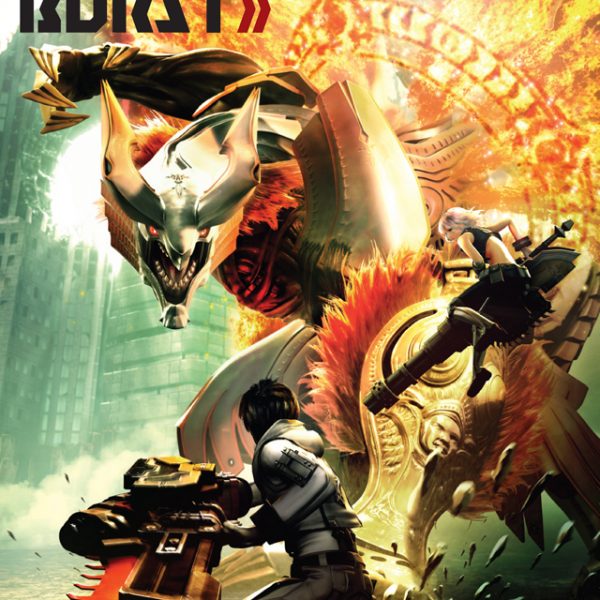 Greetings, fair (cocoon) maidens! This is my first review about a game that I became interested in due to Project X Zone. God(s) Eater Burst is a monster-hunting game that appears to be formulaic at first. You create a character, go on a mission, and continue as such while story missions get trickled in-between. The thing about GEB is that it has a solid solo-campaign and whether you go with your real-life friends or three, somewhat functional AI characters, the game never stops being fun to play.

Before we talk about that, I should mention one of my favorite aspects of this game: the graphics. This is a wonderful looking PSP game and the best part is that the loading times aren’t as bad as you’d expect. I can gush about the giant weapons wielded by the hunters, or the unique looking monsters that are ready to chomp you to bits. However, I want to gush the most about the character creation and customization aspect of the game. There is a plethora of options that will allow you to make a character look how you wish. Seeing your avatar in action, fighting alongside the rest of the team is enough to make any gamer swell with pride. You can even select the voice of your character. A good bit of the game is entirely voiced, and voiced well thanks to experience actors and actresses. Further adding to the post-apocalyptic atmosphere is a soundtrack that combines melancholic ambience with some heavy-metal instruments. GBE looks and sounds great.

On the subject of the atmosphere, you’re probably wondering what makes the game so post-apocalyptic. GBE takes place after monsters known as Aragami ascended from the heavens and began devouring humans. These days, people rely on the God Eaters to fight them and, hopefully, make the humans the dominating species once again. Your avatar is a New Type God Eater. This means that your weapon is customized only for you. In fact, your giant monster-slayer is composed of Aragami cells. The setting is grim but fully realized. Many of the characters have unique personalities that help you forget that there are giant creatures ready to make you into a human Sour Patch Kid. The story itself is rather mundane, but watching your avatar grow alongside a cast of characters straight from an anime in a bleak world makes up for this fact.

The thing that makes GBE so appealing, however, is the action. While you’re at your HQ, you can talk to folks and gear up for the missions ahead. Once you select a mission, be it for the story or just to harvest materials and grind, the fun begins. Your character can dodge, dash and jump around the various environments the Aragami now call home. Your weapon acts as a giant sword, a gun, and a shield. You can switch between these three modes on the fly, which leaves room for plenty of combo potential. Slashing with the sword allows you to build up Oracle Points. These allow you to perform the above mentioned acrobatic moves as well as use bullets, which are much more powerful than melee attacks. When an Aragami is nearing the end of its life, you can execute a Devour attack. Your weapon will transform into a nasty, petulant looking maw and chomp apart the Aragmi. This not only grants you items and new bullets, but it lets your avatar become much more powerful and mobile. So, as you are fighting monsters, you’ll be switching between weapon modes and devouring the beasts that dwell about until victory is achieved. Your AI is usually competent in staying alive, but there are times you’ll be feeling like you have to do things yourself. Healing items will often be wasted on your AI rather than on you. All in all, it’s a satisfying formula. It is possible to quick pause the game at any time via flicking the power button for sleep mode. The game will automatically pause the game.

One thing to mention is that customization plays a major role and, at times, can feel overwhelming. While equipping new gear is usually fun in a video game, GBE makes it so it feels like you’re biting off more than you can chew; pun not intended. Making bullets is very, very involved. While you can get by with standard bullets that are purchased at shops, creative folks like me found that actually making bullets from scratch is both time consuming and rewarding. There are millions of possibilities when it comes to crafting the perfect bullet for your weapon.

God(s) Eater Burst appears as a typical monster hunter game on the surface. On paper, it didn’t seem like anything special. Well, thanks to Project X Zone, I was in for a treat. Alongside the deep customization, you have the opportunity to fight a variety of bizarre monsters and participate in a grimly unique world. For once, a game of this nature didn’t get repetitive. Improvements were needed for the camera and, sometimes, the AI. But the end result was a fun, no holds barred action game that does not let up. Killing giant monsters with giant weapons will never grow old! Stay tuned for my next review about a game I learned about thanks to Project X Zone!