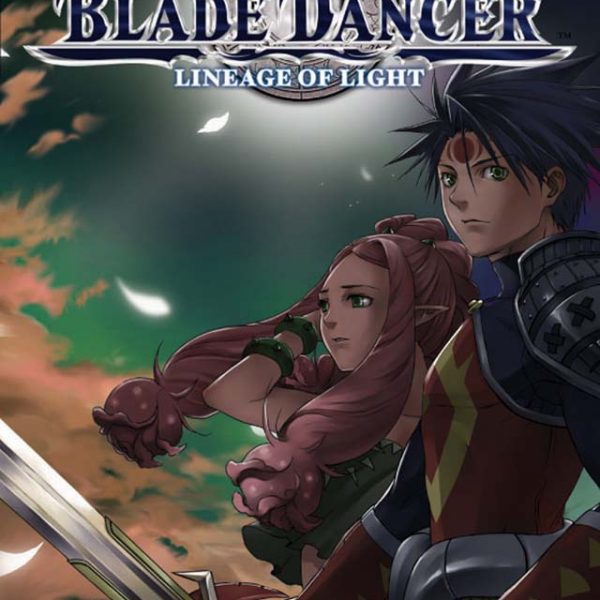 Author’s Note: This review was originally posted on April 25th, 2007.

When a brand new, non-ported, and totally original RPG gets announced, I am excited. I get excited because I feel as though the creators will learn from the mistakes made by other RPGs, and not include those elements in their game play, story, and design. I guess the folks at Hit Maker weren’t paying attention to anything. Blade Dancer is full of good ideas, but it has some other ideas that are not so good. When you combine these with poor translation and execution, you find yourself with yet another PSP RPG flop.

Blade Dancer puts you in the role of Lance, a swordsman from afar who traveled to the mysterious island of Foo. With the promise for adventure, Lance’s free spirit will embark on a great journey, but also one of discovery as he searches for the meaning behind the mysterious girl appearing in his dreams. A cliche story is fine by me, as are cliche characters, yet for some reason they could not captivate me in this game. I never finished Lance’s quest, but at this point in RPG history, it’s too easy to figure out what is going to happen.

If characters fail to captivate me, I rely on the game play to see me through to the end. Unfortunately, this happens to be the worst part of the game. Some ideas were good, such as an item crafting system. There are plenty of items to create, and you can do this anywhere you please. If a combination of items does not work, you get notified and you will not lose any of your things. Too bad the fun stops here. As you explore your surroundings, you have to hit the square button to place a cursor on what you wish to examine. People, monsters, doors, chests, etc. have to be selected before examined. I’m not saying this is a bad aspect of the game, but I am confused as to why they decided to do this. Exploration is fine with the push of one button, not two.

Towns are full of NPCs, and many of them have requests for you. Luckily, most of these are fetch-quests and require little effort for completion. The rewards are usually nice. The only problem with this is travel. While at one point in the game you are able to teleport, until that point you have to deal with constant running back and forth. Your characters move at a relatively slow speed, and when you add in a three second loading time for each new area, your patience might reach a breaking point. Shops are also abundant in the towns. Besides the equipment shops and the inn, there is a crafting broker who sells you raw materials. But, no matter what you buy, you are going to be charged out the wazoo. Money is a huge problem in this game. Even after a days worth of battling, you can still find yourself in a monetary pickle. All of these components would have been over-looked if the battles were done well, however.

Battling itself is enough to make the game unplayable. Well, not entirely unplayable because again there were a few good ideas. The system is a combination of turn-based and real time. Each of your characters has a timer in the shape of a clock. When the timer reaches the end, it’s your character’s turn. However, the game does not bring up a menu; you have to do that yourself by hitting X on the character. This makes battles frustrating, especially when managing four team members. It was a good concept, but they should have executed it like it was in Okage where time freezes and you select an action.

A key feature of the battles is the Lunar Gauge. As damage from both parties is given and received, the gauge fills up. This gauge allows you to perform special attacks. Enemies, however, can draw from the same pool. You can cancel their attacks by attacking them, but the same can happen to your team members. To be honest, I liked the Lunar Gauge. Not only did it add a nice hint of strategy, but it also adds to your experience points when you finish the battle.

Despite the real-time but turn-based battle system, everything up to this point was still playable. However, one key issue was put in this game that, to me, brings down the entire world of Blade Dancer. Underneath your character’s life meter, you will see another meter. This is the durability meter, which drains every time you attack with your weapon. When it empties, the weapon shatters. Why in the hell would a video game developer in this day and age put that in an RPG?! It makes no sense, especially considering the money problem! Sure, you can craft a new weapon, but what if you don’t have the right materials? What if you are miles away from a shop and the monsters are formidable? These scenarios and more happened more times than I liked, and this was the straw that broke the camel’s back. The only game that had breakable weapons that I was able to enjoy was Summon Night, but that was because their durability recovered after each battle.

At least the music was done well. While in most dungeons you hear silence, the town music and battle music were well composed. The voice acting can be either English or Japanese. When you first load up the game, you are treated to J Pop accompanied opening animation sequence. I wish to the goddess that the graphics looked that nice in the actual game. Instead of beautifully fluid animation with vibrant colors, you have blocky, bland, 3D polygons. The PSP can do better.

I earlier mentioned that I did not complete this game, and now you know the reasons why. However, the game will last you about 20-30 hours. If you decide to partake in the various side-quests, you can tack on another 5 hours or so. Item crafting, while not entirely in depth, can also add some time if you want to see everything. However, I would have to recommend not playing this game. For me, weapons that break happens to be the most lame idea for a new school RPG. Does it add a sense of realism? Sure, but what real life scenario has blue headed heroes, magic powers, and a giant monsters? None. Blade Dancer had some good ideas, but when it was crafted with some lame ideas, you end up with an RPG not worth playing.