Monark isn’t even close to a ten. Gehe. But, it’s still worth playing again and again. 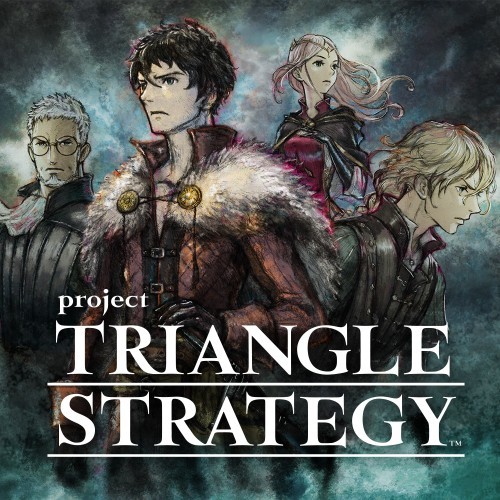 Like a lot of gamers, I got a sense of nostalgia when I first laid eyes on Triangle Strategy. Square used the classic and polished look from Octopath Traveler and plopped it in a strategy RPG filled with the usual trappings: war torn lands, conniving rulers, and a cast of characters with a lot of depth. I played its initial demo in 2021 and the follow-up demo in 2022 – both were enough to sell me on getting the game when it dropped in early March. Now that I’ve gone through the game and dabbled a bit in some of New Game Plus, I have to hand it to Square: they know how to mix the retro vibe folks long for while integrating fresh gameplay features. Unfortunately, not all these new ideas have the same longevity as the game’s look.

Indeed, Triangle Strategy’s 2D pixels in 3D environments (all in HD) are one of the game’s best aspects. Whether you play handheld or on the television, Triangle Strategy is a visual treat. The overall look is great, but it’s the tiny details that steal the show. Love and care were put into the details: special effects in battle, different outfits and weapons for the sizeable cast of characters, shimmering waterscapes, wind blowing in the trees, and so on. When you’re walking around towns and fields you have full control of the camera so you can admire the surroundings at any vantage point. Even watching the weaponsmith unlock a new ability (an actual padlock opens up on your weapons new ability) on your weapon is satisfying. With all this care given to the look, it’s a bummer that the audio is so lackluster. The English voice acting is dull, and the music feels phoned in. It’s a shame because Octopath Traveler had some solid voice acting and a great soundtrack.

Triangle Strategy takes place on the continent of Norzelia. Three superpowers run the continent: Aesfrost, Hyzante, and Glenbrook. Aesfrost’s northern location sits on top of a large depository of iron. Glenbrook is nestled in an area perfect for farming and agriculture. Hyzante, a desert nation, has access to an endless supply of salt. As these things go, Aefrost and Hyzante battled for each other’s resources 30 years ago in what became the Saltiron War. In the present era, there’s an unstable peace. One of Glenbrook’s high houses, The Wolfforts, are doing the best they can to enjoy said peace as they ready for the upcoming nuptials of Serenoa Wolffort and Frederica Aesfrost. This blessed union is sure to bring about a new era with a more stabilized peace. Naturally, things are going on behind the scenes that will make Serenoa’s life more difficult. Thus, before the two can tie the knot, Serenoa and his closest allies find themselves in a new conflict that will reshape the Norzelian nations.

The interesting thing about Serenoa’s dilemma is that he will find himself faced with important choices that ultimately impact the path he takes and the ending you get. These choices are made by voting on the Scales of Conviction. However, before voting, you can try to persuade your allies to see things your way and take a desired route. You’ll need to gather information from other allies, townsfolk, literature, and other avenues so you have enough information to persuade or dissuade your allies. This is done during exploration phases. Unlike most strategy RPGs, Triangle Strategy allows you to walk around towns, fields, and caves so you can interact with the surroundings. It’s also an opportunity to find hidden items and coin. Voting on the scales and looking around the various spots of Norzelia is a welcome feature for a sub-genre that’s usually focused on telling, not showing.

Between moments of watching the story unfold, Serenoa can go to an encampment. This is where you can shop, upgrade your character’s classes, chat with some of your party members, improve your equipment, and participate in mock battles. You’ll be spending a fair amount of time at the encampment because it’s important to keep your favorite squad members up to date with their weapons, equipment, and levels. However, this is easier said than done. Money and raw materials required for upgrading equipment are scarce without a lot of extra grinding/farming. Mock battles are unique in that your characters gain experience based on the recommended level of the battle. This makes it easy to get other characters up to speed, but there are major diminishing returns for characters you’ve been keeping leveled throughout the game.

This brings us to combat – the aspect of Triangle Strategy that I love to hate and hate to love. Strategy RPGs have a reputation of being tedious slogs. Triangle Strategy gives the impression that the formula has been modernized. Along with a speed up option, the battles typically move at a brisk pace. Each character has their specialty allowing for incredible diversity with building the perfect squad. Not all party members were created equal so chances are you’ll stick with your favorites. At the start of their turn, characters gain Tactic Points which allow them to perform actions outside of standard attacking and item usage. Setting up characters so they surround enemy troops allow for follow-up attacks. It’s a tried and true formula with just enough modernization to keep each new battle fresh. At least, at first. As the story continues the battlefields get larger, the reinforcements become more abundant, and enemies start pulling shenanigans that border on unfair. Keeping up with the level recommendations doesn’t ensure a victory. You’re able to raise or lower the difficulty at any time if things get too frustrating. I played the entire campaign on Normal yet found a lot of the story battles near the end frustrating.

But, overcoming those obstacles ultimately felt rewarding. By the time the curtain closed on Serenoa’s campaign and my desired ending was achieved, I had about 35 hours logged into the game. This includes all of the level building I did with the mock battles. For a strategy RPG, this is very short. Finishing the game unlocks some nice New Game Plus features that assist in achieving other routes. The downside to New Game Plus is that enemy levels continue where endgame levels left off. In other words, you won’t be able to curbstomp level one enemies at the start of a new adventure. Personally, I recommend setting the difficulty to its lowest level if you want to get to new paths sooner. That’s what I’ll be doing for future playthroughs. Triangle Strategy is a solid strategy RPG despite some of its issues. The best thing about it is that anyone can hop into it no matter their familiarity with strategy RPGs.

Overall, 8/10: Stand by your convictions in a strategy RPG that blends the old and the new. Triangle Strategy is another Square hit.