The Misadventures of Tron Bonne is a million dollar adventure.

Monark isn’t even close to a ten. Gehe. But, it’s still worth playing again and again. 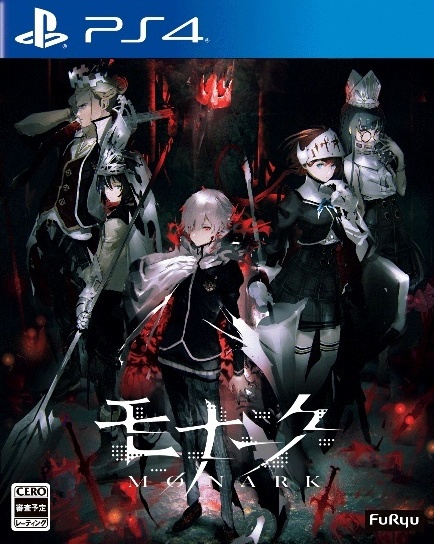 Monark is a new RPG developed by FuRyu. At a glance, it looks like lot of modern RPGs. The setting is a school. The faculty and students are at the center of the drama. The protagonist has amnesia and a little sister that worships the ground he walks on. There are alternate dimensions, ghastly demons, and endless deceptions. So, why bother playing Monark; especially when other game developers have more of a budget to make their products more polished? Monark has a lot of heart and character. It’s clear from the start that a lot of care was given to the game’s setting. Also, gameplay can be fun if you don’t mind a bit of extra level grinding. Finally, the soundtrack provides perfect accompaniment to the game’s setting. Other RPGs do what Monark does, only better. But, it’s still a game I wholly recommend.

The game’s soundtrack, as the kids say these days, slaps. Every track is perfect for every circumstance. Perhaps the best part of the song list is that every boss battle has a unique, Japanese Pop vocal track that plays as you fight for victory. It really adds to the game’s atmosphere. The audio is topped off with excellent voice acting with English or Japanese language options. Unfortunately, the graphics don’t have the same quality. Monark looks like a mid-era PlayStation 2 game. The environments are basic, character expressions are blank, and the battle effects look stale. Some quality movie scenes ease the pain but they’re few and far between. There are even times when movement is choppy. Poor graphics and dropped framerates aren’t deal breakers, but they’re hard to ignore.

With that out of the way, let’s examine one of Monark’s best features: the story. A strange mist has overtaken Shin Mikado Academy. Students and teachers go insane when they inhale too much of it. Things get worse when a massive barrier is erected to prevent it from spreading beyond the school. So, things aren’t great for the students as they’re trapped within these strange confines. Your character’s situation isn’t much better. You’re found aimlessly wandering with no idea of who you are or where you came from. The school’s dean, Sora Jingu, reveals that the cause of the mist are the Pactbearers – individuals that entered into pacts with demons known as Monarks in the hope of having their desires realized. The mist thickens when a Pactbearer uses their Authorities, mystical powers with devastating potential. To stop the mist, you have to stop the Pactbearers. You learn that you’re the Pactbearer of Vanity. With other likeminded Pactbearers, you form the True Student Council to save the academy.

The game’s introduction starts with a bang and the pace keeps up throughout. Littered throughout the academy are materials and documents that provide more history on the Monarks, Daemons, Authorities, Egos, and much more. There’s also the usual school life paraphernalia: college prep information, club schedules, school newspapers – the works. All of this, plus a full student body that you can get to know make Shin Mikado Academy a fully realized setting. At the center of it is your character, his sister, and the other Pactbearers that wish to put a stop to the mist. My favorite is Kokoro Surugadai, a genius first-year student that is the Pactbearer of Sloth. She’s a quirky bookworm that loves surrounding herself with tomes and getting her hands on as much yakisoba pan as possible. The cast is well developed; you’ll continue uncovering more about them up until the end of your journey.

Gameplay in Monark is straightforward. The campus is a large place to explore, but most of it is covered in mist. Your job is to find the Pactbearer in a section of the school and defeat him or her. Doing so will eradicate the mist and allow you to explore further. Most of the time you’ll be running around the academy looking for the next area that needs your assistance. Some of the students will give you personality quizzes that strengthen your MC’s Ego. These are fun distractions that tell you more about yourself as well as provide helpful stat boosts. As your Ego strengthens, you’ll find crystalized Egos of other students that you can collect. Collecting these provide bonuses to your party’s stats. It’s fun to explore areas that were once covered in mist to discover what’s within.

So, how exactly do you clear the mist? At the start of a new chapter, you’ll be given an objective of finding a Pactbearer in one of the mist-covered parts of the academy. You and one of your friends from the True Student Council will have to brave the mist as you search for clues that ultimately lead you to their Ideals: manifestations of a Pactbearer’s desire. These clues can be cryptic: locker codes, specific parts of a building, log-in passwords, and more. You need to be quick and thorough in your investigation because staying too long in the mist increases your Madness. Reaching full Madness means starting the investigation over. Following the clues eventually leads you to a gateway that ends at the Otherworld. Here, you’ll battle your way through enemy Daemons to reach the Ideal.

Combat will feel familiar to anyone that’s played FuRyu’s Lost Dimension on the Vita or PlayStation 3. The MC, friendly Daemons known as Fiends, and members of the True Student Council will participate in a player turn/enemy turn, free movement battle system. Your team can move as far as they can based on their MOV stat. You’ll be able to position your squad so that they can strike enemies from behind, perform combo attacks, use area-of-effect abilities so they reach maximum coverage, and lure enemies into traps. Every participant has access to Arts and Authorities. Most Arts require HP to use. Using Authorities will increase Madness. Deferring a turn to another comrade is another way to increase Madness. Once someone’s Madness reaches 100%, they gain a massive power surge, but will attack anything near them. After three turns, they’ll die after succumbing to the Madness. However, Madness can be used to your advantage. Members of the True Student Council can steel themselves and increase their Awakening gauge. With clever, strategic use of increasing Madness and Awakening, you can enter a state of Enlightenment. Top this off with the MC’s ability to resonate with his party members and you can quickly turn the tide in combat. It’s important to keep all of this mind because Monark is a difficult game. Enemies hit hard and scale in levels quickly. Extra grinding is a requirement. The good news is that combat is brisk, satisfying, and rewarding.

The major downside to combat is that the later battlefields are large. Nine times out of ten, you’ll end up having to go towards the enemies while they standby, twiddling their thumbs. To add, your team is usually outnumbered by the enemies. The first few battles consist of you, Nozomi from the True Student Council, and one Fiend. More Fiends will be unlocked as you advance the story. Fiends can be equipped with unique pieces of armor that often grant them extra abilities. It’s better to focus on powering up your Fiends as opposed to your fellow Pactbearers. To do so, you use SPIRIT which is rewarded to you after a battle. SPIRIT is also used to purchase items, but it’s best to save it for powering up your team. You’ll be needing lots of it if you want to keep pace with the enemy’s level.

But, even with all of the extra grinding (and snagging the platinum trophy) I did, I was still able to finish Monark in about 50 hours. The satisfying conclusion made the few extra hours of combat worth it. Eventually, your team will become so powerful that earning the desired amount of SPIRIT takes minutes. I was really surprised by Monark from the moment I started it. Initial information lead me to believe it would be yet another Persona or Trails, but it turned out to be much more. It has grit, character, substance and plenty of surprises. With some extra funding, Monark could have been close to perfect. The game has a lot of intrigue, but is rough around the edges. If you don’t mind the latter, then you’ll enjoy Monark.

Overall, 7.5/10: Monark will end up being a sleeper hit. Gehe. Hopefully, others can discover it.