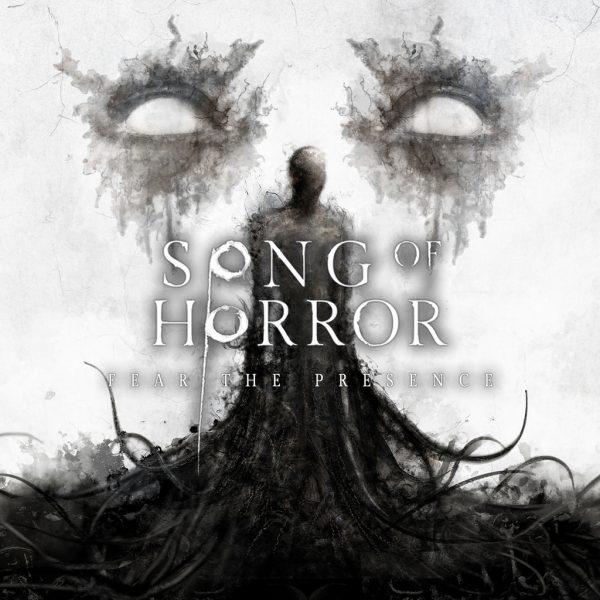 Do you ever get a song in your head that just won’t quit? If you’re reading this, then chances are you have. It happens to everyone. There are a lot of ways to get rid of the tune. You can listen to the song from start to finish to kind of have it run its final course. Or, you can try to play a different tune to cancel out the one that’s locked in. But, the most effective method I’ve used is to tell someone the song that’s bothering you which, in turn, gets it stuck in their head. The song will no longer be in your head, but the downside to this method is that you’re likely to ruin someone’s day by afflicting them with that melodious malady. A similar method gets irrevocably used on the unfortunate cast in Song of Horror, a survival horror title developed by Protocol Games. The difference is that the song causes death and doom instead of being a minor annoyance. Song of Horror is an unexpected, exciting, often frustrating survival horror game that harkens back to an earlier time for the genre. If you’re looking for something new and spooky and don’t mind some expected clunk, then this game comes highly recommended.

Song of Horror takes place in 1998 in London. Daniel Noyer, an apprentice at Wake Publishing, has returned to his apartment on a Friday afternoon. Just as he was about to kick off his weekend, his boss calls him asking him to go to Sebastian P. Husher’s mansion. Husher is one of Wake’s best authors, but he and his family have been unresponsive for a few days. Daniel begrudgingly heads to the mansion to look for Husher. As he explores the mansion, he starts hearing a strange melody from what sounds like an antique music box. Following the melody leads him to a dark and twisted world that defies rationality. Daniel’s boss grows concerned and gets in touch with his ex-wife Sophie. Along with two other strangers that have their own business at the mansion, they head in. None of them realize the dangers and horrors that await them. Daniel’s plight feels hopeless from the moment he disappears. Between gameplay segments, the story gets presented in a unique black and white, still frame format as Daniel narrates what’s going on. As expected, there are a lot of questions you’ll have as soon as the game begins. The answers are as terrifying as the questions. Both the journey and the destination will have you on the edge of your seat.

To find the truth behind Daniel’s and the Husher Family’s disappearance, as well as unravel the truth behind the song that’s causing so much horror, players will select start by selecting a character. The selected character will navigate through various settings (the Husher mansion, an abandoned hospital, a university library, and more) to reach various goals that ultimately lead to the truth. Taking a cue from early Silent Hills and Resident Evils, you’ll control your character from a third-person perspective and gather key items to unlock new areas. Often times, you’ll have to solve puzzles. The puzzles are very tricky. In fact, one of the later of the puzzles was so tricky that the developers of the game had to give a hint on a game forum. If you like puzzles, then you’ll enjoy what’s in store.

But, as these things go, the journey from point A to point B isn’t smooth sailing. One reason is because the next destination can be vague. This is something having a guide handy can remedy. The other reason, however, will rely on a combination of player skill and player tolerance. The main enemy in Song of Horror is called The Presence. The Presence takes many forms and will attack your character at random. In order to fend it off, you have to participate in a forced mini-game. Some are relatively straightforward. Others feel like they’re meant to frustrate the player. If you fail a mini-game or if you open the wrong door, then your character dies. If you’re playing on the easiest level of difficulty, then it’s a minor inconvenience. If you’re playing on other difficulties, then that character is permanently killed and you have to select a new character to pick up where the deceased left off. You’ll need to restart the episode should you run out of characters. This never happened to me, and at times The Presence added to the tense atmosphere. But, more times than not, the deaths felt cheap. There was no horror – just frustration.

The graphics/atmosphere are EVERYTHING in Song of Horror. From the moment you walk into Daniel’s apartment to the times you spend in each chapter’s haunting location, Song of Horror is filled with that ambient, horror atmosphere that creeps you to the core. Each time I opened a new door, I got excited about what was waiting behind it. There was something disturbing most of the time on the other side. And even if there wasn’t, your character will give his/her take on various objects. Most of the cast in Song of Horror doesn’t get as much screen time as Daniel. Yet characterization feels more fleshed out if you take your time and examine as much as you can. Voice acting isn’t the best, but it works. The music is limited to creepy background noise; perfect accompaniment.

It doesn’t take long to finish Song of Horror. I got lost a few times and had to consult a guide. I also had to deal with some character deaths that meant having to retrace my steps. In total, it took me about 15 hours to reach the end. Doing so unlocked the hardest level of difficulty. The thought of being forced to participate in more mini-games at a more frequent rate doesn’t sound fun. Folks that like earning achievements will have to endure said difficulty. That said, the game’s replay ability is high due to different characters and how their stories unfold if they survive. There’s no doubt I’ll play through the game again. This would be the perfect, modern survival horror title if not for the messiness and frequency of the mini-games. While a nuisance, they don’t take away from the overall narrative, experience, and atmosphere. I highly recommend Song of Horror to anyone that enjoys the genre.

Overall, 7.5/10: Song of Horror’s tune isn’t always enjoyable, but those moments of audio displeasure are worth enduring for an excitingly terrifying adventure.