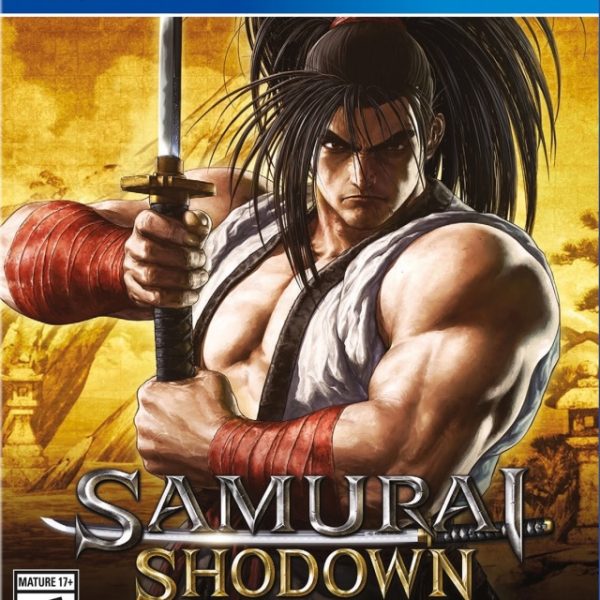 I’ll always remember the first time I played Samurai Shodown. I was on a family trip, staying at a hotel that had a Neo Geo/SNK cabinet. There was a fighting game showing two samurai duking it out. I was sold, so I inserted my quarters and chose a swordsman with two swords – clearly this guy had to have an advantage. I lasted until the third bout: some bitch in red with a pet hawk made short work of my dual sword wielder. Still, the memory of Samurai Shodown lingered. About a year later, the game made its way to the family’s Super Nintendo. Indeed, before Smash Bros. took over our family fight nights, Samurai Shodown was our go-to fighter. It’s been years since I played an entry in Samurai Shodown. With the release of the newest entry simply titled Samurai Shodown, I’m brought back to those amazing times when fighting games were about fun and not about BnBs, knockdown, okis, mix ups, and overall toxicity. If you like all that stuff in your fighting games, then avoid Samurai Shodown. If not, then you’ll enjoy this revamped version of the classic fighter.

The story can be pretty much ignored, which is a shame since it takes placed during an era of history I find fascinating. In the year 1787, dark forces are spreading throughout Edo. Warriors from across the world are trying to figure out why. And, that’s it. Hints of Ambrosia and Amakusa are showing here or there, but the overall reason as to why these warriors are slicing one another in two is non-existent. Luckily, each fighter has a unique prologue and epilogue that gives them some characterization.

Before getting into the best part of Samurai Shodown, I want to talk about the second best part: the presentation. Samurai Shodown has a fresh, beautiful cinematic art style that brings each battle to life. There’s exaggerated blood splatter. There’s over the top special attacks. There’s mesmerizing battle arenas. All of this with a hefty cast of characters that will get bloodied and dismembered makes for a lovely looking fighter not for the squeamish. If I had one thing to fault, it would be the music. It’s good, but it doesn’t have that same pep expected from other SNK titles. The game is entirely voiced in Japanese.

The proverbial meat and potatoes of Samurai Shodown is the fighting. And boy howdy, there is lots of it. Samurai Shodown is a unique fighter in that it’s 2D, but doesn’t rely on the crazy combos and mix-ups the genre is known for. Each duel is a game of footsie; one wrong move and your health meter will vanish before your eyes. It makes for tense and varied matches. Every character can perform a weak slash, medium slash, hard slash, various kicks, and a throw. The throws need special mentioning because they don’t inflict damage, but they’re great for opening up your opponent to an attack. When you land a hit, no matter how powerful it is, you can feel the pain from the opponent. It’s very satisfying.

While each one has a repertoire of special abilities such as the typical fireballs and charge attacks, each character also can perform certain maneuvers that will turn the tide of the match. Many of these are tied to the Rage Meter. When this gets full, your attacks deal more damage. If you really want to take a chance, then you can enter Rage Explosion and sacrifice the Rage Meter. Entering Rage Explosion gives you the ability to perform the Lightning Blade. You can attempt to dock half of your opponent’s energy in one stroke. If you miss, however, then you no longer get a Rage Meter during the entire match. Rage Explosion also allows you to perform a Weapon Flipping Technique. These knock away your opponent’s weapon and, of course, deal a crap load of damage. Finally, every character has access to a Super Special Move that is ridiculously over the top and powerful. But, it can only be used once permatch.

Of course, there’s more. There’s weapon grabbing, dodging, parrying…the list goes on. Since I started playing Samurai Shodown, I have never found myself not having fun. The gameplay is easy to pick up and play, but it will take some time to master.

Sadly, it’s not all cherry blossoms and rainbows. One issue is that there are inexcusable loading times between bouts. Also, the final boss feels out of place for an SNK title. She has a great design, but she plays more like a puzzle than an actual opponent. Finally, there are a few fighters that are so low on the tier list that they may as well not be used until a patch is released.

But, those issues aren’t enough to bring the score below perfect. Along with the Story Mode, there’s a gauntlet, a time trial, an online server, and the ability to do battle against ghost characters. Ghost characters come from player data; with so many players there is potential for endless replay ability. Trophy hunters will have to muddle through some online trophies, but the rest of them can be earned pretty easily. I’m really excited to see that Samurai Shodown has become relevant again. Not only is this game excellent, but it reminds gamers of a time when the genre was all about one thing: fun.

Overall, 9/10 – Embrace death! Samurai Shodown is a fantastic 2D fighter that has the perfect amounts of new and old features.