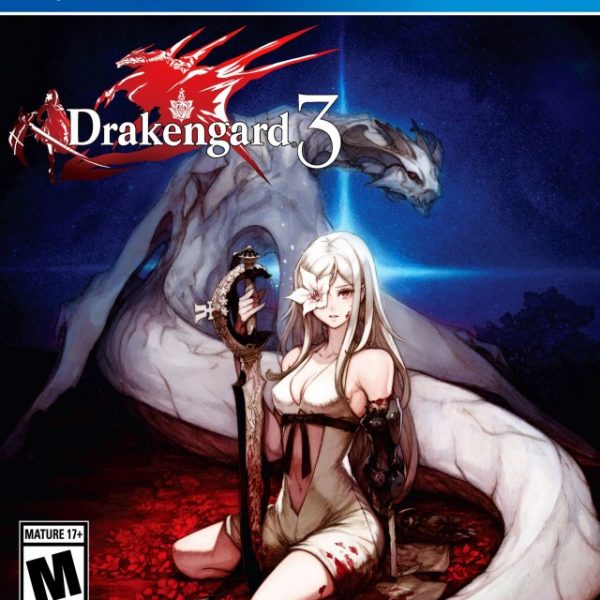 Ah, the Drakengard series. A prime example of something having the goods, but not using them properly. There’s so much potential for greatness with these games. With enough grooming or a higher budget, they could really be something special. Drakengard 3 is more proof of this. And, I say this as someone who ranks it as the best in the series. I find Drakengard 3 to be the best game created by Yoko Taro.

Drakengard 3 takes place before the events of the first game. Luckily, you can jump right into this without any knowledge of it (or Nier, for that matter). The game puts you in control of a woman named Zero. Zero is an Intoner, a goddess that is supposed to protect the world with a magical song. However, Zero has five younger sister Intoners named Five, Four, Three, Two and One. The game begins with you meeting Zero and learning of her goal: Zero wants to kill her sisters. Yep, Zero is on a mission to kill all of the other Intoners so that she’s the only one. We don’t learn the whys and how comes until later, but honestly, who cares? The story starts with a bang and the momentum continues throughout its entirety. To add to this, the game is filled with brilliant dialogue that brings each character to life. The dialogue is crass, crude, sexual, and hilarious. The bloody tone is offset and enhanced by the hilarious banter between Zero and her party members. It’s rare to see a story like this. The fact that the lead character is a woman makes it even more special. Drakengard 3’s story, characters and settings are its best features.

But, that’s not to say the rest of the game is bad. Let’s be clear: the gameplay has improved. It’s miles ahead of the first two Drakengards, and a slight step up from Nier. Zero is a fantastic warrior, capable of equipping multiple weapons at a time and swapping them mid-combo. Enemies are dumb as bricks, but that doesn’t mean they’re not fun to slice apart with swords, spears, chakrams and/or claws. Weapons can be purchased in shops, acquired from treasure chests and received as gifts from Disciples; party members that are controlled by the AI. Sadly, powering up your weapons requires both money and raw materials. You need to buckle down and grind if you really want to get the full story behind each weapon. As Zero slaughters her foes, she will fill up a meter. This lets her access Intoner Mode, which grants her massive power and speed.

Sadly, the glorious bloodshed comes with a few bumps. Ground combat has you dealing with a camera that never seems to behave. It gets really bad in tight corridors. Like the other two Drakengards, Zero has a dragon companion she can ride. Mikhail the dragon is adorably innocent, thus it’s a shame that during his on-rails aerial sections or massive boss fights that the controls feel sluggish. It’s a real issue when you’re trying to evade endless barrages of projectiles from the enemies. It’s like as soon as Drakengard 3 begins showing some signs of greatness, something with the controls gets mucked up and induces frustration.

The graphics can add to that frustration, too. They’re beautiful, but there are times the frame rate will drop during an inopportune time. They shine the most during the over the top FMVs, of which there are plenty. This is a bloody game; those that get squeamish will want to tread carefully. But, whether or not you decide to put up with the combat and the gore fest, I recommend at least giving the soundtrack a listen. Drakengard 3’s music is magnificent. It will yank you into Zero’s current location no matter the objective. Even something as simple as resting at a camp feels more realized due to the music. Many of the tracks are backed by vocals that add to the excellence. The game’s best feature is still it’s story, but the music isn’t too far behind. The voice acting (either English or Japanese) is on point. Notable actors and actresses lent their talents to twisted, perverted, and blood starved characters. You can tell that they had fun with the script.

Drakengard 3 has multiple endings. By finishing one route, you will unlock the next. Getting to the first doesn’t take long if you simply want to get through the game once. But, for those that do wish to see it all, then you will need to steel yourself for a “boss battle” unlike anything else you’ve experienced in the game. Without giving too much away, the final “boss” for the final ending will frustrate, infuriate, piss off, and everything in-between every nerve you have. I think it’s worth seeing in some capacity. Sadly, if you’re a trophy hunter, then you’ll need to overcome this obstacle. No matter what you do, I still recommend trying Drakengard 3. The series is getting there. It’s not there yet, but I’m seeing the steady improvement. Drakengard 3 shows that.

Overall, 7.5/10 – Drakengard 3 is a bloody good, but bloody messy romp that Yoko Taro fans will appreciate the most.