Code of Princess. An awesome game with a silly name.

How many damn steam-rooms does Dracula really need? 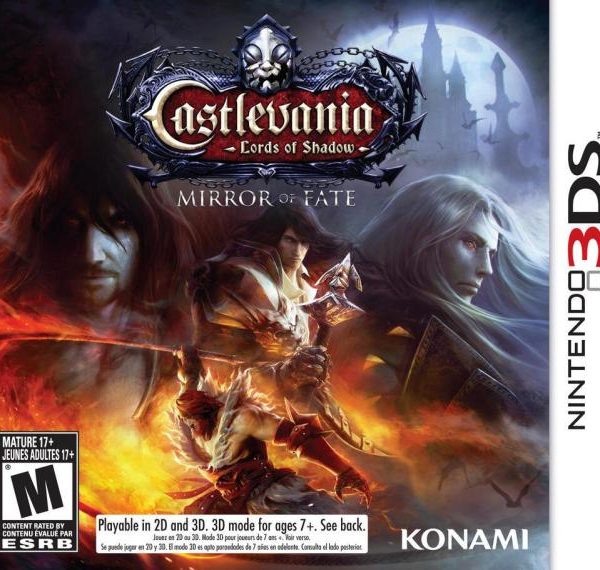 Castlevania: Lords of Shadow left me with an unsatisfied feeling. With all of the new ideas it offered for the reboot of the series, it felt hollow and uninspired. Even the new ideas weren’t very “new” since it borrowed concepts from other games. I decided to never touch another game in this franchise if it had anything to do with the Lords of Shadow lore. I managed to do so, until now. I’m proud of myself for holding off on the second entry until it hit the bargain bin. The bottom line was this: I needed a quick, easy to pick up and play portable title and that’s one of the only good things Castlevania: Lords of Shadow – Mirror of Fate provides.

The game takes place about 30 years after the events that transpired with Gabriel Belmont. After the prologue finishes showing the fate of Gabe, players are introduced to the first of three heroes that players will control in the adventure: Simon Belmont. Simon’s dad never returned from his Dracula hunt, leaving him only with his mother. Unfortunately, his mother gets murdered by Dracula’s servants. Young Simon begins a quest for revenge, wielding a replica of the Combat Cross.

It’s great to see Simon again. His fiery red hair matches his personality and we get to see a lot of that during the game’s surprising amount of cut scenes. However, Simon isn’t the only protagonist of this tale. Mirror of Fate has a prologue and three chapters. Once you finish Simon’s chapter, you will begin Alucard’s chapter. Finishing Alucard’s chapter reveals Trevor Belmont’s chapter. The three chapters provide more exposition than one would think and the story is more surprising than the usual Castlevania.

The three protagonists have been well-regarded by fans of the series for years. Unfortunately, their new coat of paint and skills leaves me wishing for those older games. Mirror of Fate is a 2D platform adventure title. There are some vast areas to explore littered with secrets, but there is so much frustration that comes with it. All three heroes wield the Combat Cross that is used to battle enemies, swing from hooks and solve puzzles. They all share the same fighting techniques that combine horizontal attacks with the Y button and vertical attacks with X button. There are some impressive moves that get unlocked as levels increase, but 99% of the time mashing the Y button will get the job done. This is a real shame because some attacks look like they could really wreck some stuff. Finally, each character is able to jump, block, counterattack, and dodge.

The three characters get unique abilities that separate them from one another. Simon learns two magic spells: one provides a protective barrier and the other summons a familiar that shoots arrows. The former is useful for puzzles and is a lifesaver during boss battles. Simon also gets two sub-weapons: the classic throwing axe and flammable oil. Alucard’s arsenal is more impressive on paper, but the execution of it is a slap in the face for those that enjoyed Symphony of the Night. He’ll be able to transform into ethereal mist and a wolf, but neither are as useful unless you are solving a puzzle. They lack that wow-factor they had when he was a lead years ago on the PlayStation. His two sub-weapons are an hourglass to slow time and a swarm of bats. The rest of his upgrades aren’t worth mentioning. I hate comparing SotN to MoF, but it’s hard not to. This is Alucard we are talking about: he was this graceful, epicene being that could slash and transform his way through two castles. Now, it’s like he’s an entirely different character. Trevor’s transition is a bit better. Like Gabriel, he’ll acquire Light and Shadow magic. His sub-weapons are an entertaining electric bomb and a useful boomerang.

Each hero has monsters to fight and puzzles to solve. Combat is fun, but it can get frustrating since the characters (despite having huge physiques) have terrible defense. This is a game that emphasizes dodging, which would normally be fine, but the dodging mechanic isn’t as responsive as it should be. The puzzles aren’t complicated, but they do provide a nice distraction. Bosses, while few and far between, are probably the best part of the game. While a bit reliant on quick time events and scenes that can’t be skipped, they are a fun challenge. As you explore the castle, you’ll find plenty of dead soldiers that have somehow managed to write eloquent, thoughtful journal entries on scrolls just before they died. In fact, some wrote them as they were dying. I know this is a video game so making sense of things isn’t good, but all I can say is this: seriously? The good news is that reading these scrolls provides a boost in experience. Other collectable items include monster scrolls, health and magic upgrades and an increase in sub-weapon ammo.

Mirror of Fate has some good, but it is hampered by the bad. There is more time spent spelunking and ledge grabbing than fighting. There is more time spent avoiding traps, steam (seriously, steam is EVERYWHERE), fireballs and electric currents than fighting. In fact, I spend more time doing anything but battling monsters. I have no issue with a few traps here or there, but Mirror of Fate took it to an extreme. There are other issues, as well. If a hero falls too far, they will either perish or take damage. If you mess up a quick time event after the boss’ energy is gone, you will perish or take damage. I understand that this is Castlevania and nearly everything inside the castle walls wants to kill the Belmont clan, but to endure a loss of energy from things that never mattered before is insulting.

At least these entities trying to kill you in said castle look nice. Mirror of Fate has one of the most gorgeous set of visuals in the entire history of the series. Enemies and effects look nice, but the real winner here is the castle’s architecture. The amount of detail to the windows, gargoyles, columns, pillars, bridges and so on show a fantastic level of detail. Just don’t turn on the 3D display because it will mess with your eyes. Simon and Trevor look as imposing as ever, as do the regular goons and the bosses. Alucard looks nothing like he did in previous entries, which is a real shame. Many story events use a unique style of animation that combines the fluidity of cel-shading with the technological capabilities of a modern console. The same composer and voice-actors have returned to lend their talents in Mirror of Fate. This means some new tracks with that same gothic, orchestrated style. There are some new voice actors/actresses, too. While I am not fond of most of the voices, I will credit them for being believable.

The core of Mirror of Fate constantly seems to take one step forward but two steps back. You find a new ability, but you have to climb on a bunch of ledges to fully enjoy it. You defeat an imposing boss, but you have to participate in quick-time events to fully see victory. You have three protagonists to control, but their chapters end just as soon as you earn everything. That’s probably the biggest flaw: the length. Even after earning 100% with each character, the game is over in about eight hours. The addition of a harder difficulty offers little incentive to play through the game a second time. This is a game that some fans of the series will enjoy, but it won’t provide you with those same feelings attained before the Lords of Shadow saga. In the end, it just winds up being an easy game to pick up and play which is a playstyle that Castlevania should avoid. After all, it managed to provide solid adventures on portable consoles before.