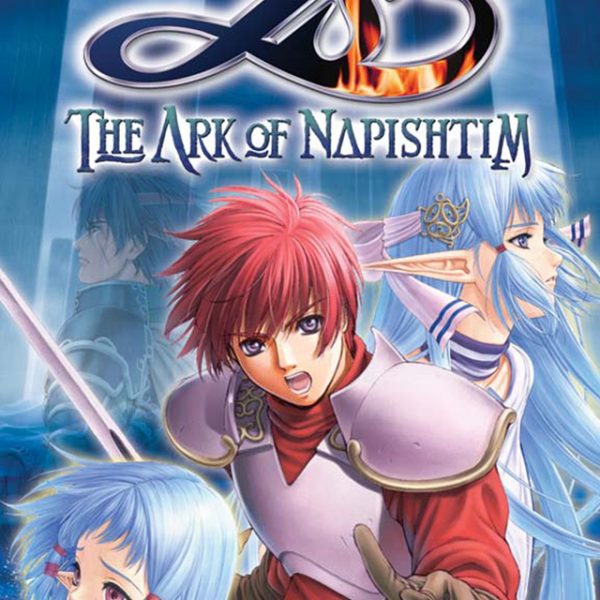 The Ys franchise was around before I was born. As you can imagine, there is a massive amount of history surrounding the lore and world that makes Ys so enticing. In some ways, I feel ashamed that my first true experience with Ys was in 2005 when I played the sixth entry that was ported to the Playstation 2. Ys: The Ark of Napishtim was a fantastic game released during the PS2’s prime. Since then, I always make sure to pick up a new Ys title the day it gets released in our country. So, why am I getting around to playing the PSP port of Ark of Napishtim now? Honestly, I needed something new to play that I could take on the go. More importantly, I thought it was finally I played Adol’s sixth adventure having played through adventures in Esteria, Celceta and Felghana. Playing through Ark of Napishtim nearly a decade later, I am happy to say that I enjoyed it even more a second time.

For those that played Ark of Napishtim on the PS2, the writing and dialogue are the exact same. Adol Christin and his best friend Dogi are in a tavern when they are encountered by the pirate Captain Ladoc. They ask Adol and Dogi to go on a quest to search for the Great Vortex of Canaan. Romun soldiers all of a sudden break into the bar and attempt to abduct Adol and Dogi. The two friends escape with Ladoc and go on his ship. Captain Ladoc sets sail for the Great Vortex, but a Romun battleship fleet starts firing at the crew. Adol gets flung overboard and ends up on a tropical island. He is rescued by a girl with long ears and a tail named Olha and her sister Isha. When he finally wakes up, Olha tells the red haired hero that he has landed on Quatera Island in the Great Vortex of Canaan. While the plot remains the same, the good news is that all of the great writing that made Canaan so believable was still there. Characters like Olha, Geiss, Isha and Terra play an important role in the story and have unique personalities. However, the NPCs in the two villages on Quatera Island have plenty to say. You can learn a good amount of information by talking to the locals and they always offer insight depending on where Adol is in his journey. Beyond that, many of them might offer side-quests for Adol that yield very handsome rewards.

The premise of Ark of Napishtim is something familiar. Even the “big reveal” near the end of the game is predictable. This does not prevent the story from lacking thrills or excitement, though. Adol has plenty of land to uncover as he reveals the mysteries of this strange world. He will travel through forests, mountains, caves, ruins and underground temples. A capable and acrobatic warrior, Adol can perform a variety of jumps and attacks. Fans of action games will be able to pull off his downward thrust, his upward twirl and his dash attack without much trouble. However, the dash-jump will take some practice. All of his maneuvers are needed to find hidden areas and treasures. Most of Adol’s action takes place on land, and this is where his impressive swordplay comes in handy. Unlike other Ys titles where you have to buy swords or find them in treasure chests, Adol is given swords as the story advances. Eventually, he will acquire three swords that represent an element. Each sword is improved with an ore called Emelas. You can earn this valuable resource from killing enemies and in treasure chests. As you improve Adol’s three blades, they will become sharper, allow Adol to cast magic and improve their latent skills.

The wind sword, Livart, is my personal favorite. With it, he can perform a tornado attack up to four times that causes multiple hits on enemies. Livart’s magic lets Adol create a typhoon. Bilrante, the fire sword, is the most powerful. Adol can shoot flames from the blade and, eventually, create a massive explosion. Finally, Adol will acquire a rapier blessed by lightning called Ericcil. This will let Adol channel his inner Ky Kiske as he literally “rides the lightning” through his enemies. Ericcil’s magic creates a lightning bolt that bounces between foes. Adol has powerful weaponry, and he will be able to buy protective armor and restorative items in shops. Finally, Adol can equip accessories that provide positive benefits. With three swords, a variety of gear, fast action, unique monsters and some of the most vicious bosses you have ever seen on your PSP screen, Adol’s adventure is never without peril or fun.

Adol’s adventure is never without beauty, either. Stunning anime cut scenes and colorful sprites make the world of Ys pop out of the PSP screen. If you played the PS2 version, you might recall those horrific looking FMVs that would often times show up to advance the story. Thankfully, they have been nixed from this version. The aesthetic style was used in other Ys titles, and it works well for Ark of Napishtim. The music is just as fantastic as you would expect. There are electric guitars mixed with bass drum beats, synthesizers and strings. I really enjoyed it and I really recommend people at least give some of the songs a listen. Unlike the PS2 version, there was no voice acting. To compensate, you are given a music player that lets you listen to any track in the game.

By the time I was through with Adol’s vortex adventure the second time, I was upset to see the credits role. One thing that would have made this journey better would have been more content. Ys: The Ark of Napishtim only lasts 10 hours. This includes doing all of the side-quests, upgrading your swords and fighting a secret boss that requires you to be at least level 55. Much to my sadness, Alma’s Trials were not in the PSP version. Cheat codes were also missing. Instead, you had a variety of mini-games that would reward you with money, experience or Emelas. The trade off was not fair. Another new feature to the PSP version was a gallery that gave details on all the NPCs, monsters and bosses that were in the game. While a nice feature, I still wish they had more for Adol to do before dealing the final blow to the final boss. Still, the Ark of Napishtim is worth playing, especially if you are a fan of Ys. While the PS2 version has better bonuses, both games feature the same journey. Finally, I feel the need to point out that I have seen some false information regarding the loading times by other reviewers. Yes, they were longer than they were in the PS2 version, but the longest I saw the words “now” and “loading” on a black screen was five to six seconds. Those claiming it took 30 seconds to a minute to load are embellishing and it’s not cool. Fans of Ys, as well as people interested in the series should check out Ys: The Ark of Napishtim. The benefit of the PSP version is that you can take it with you as you travel.