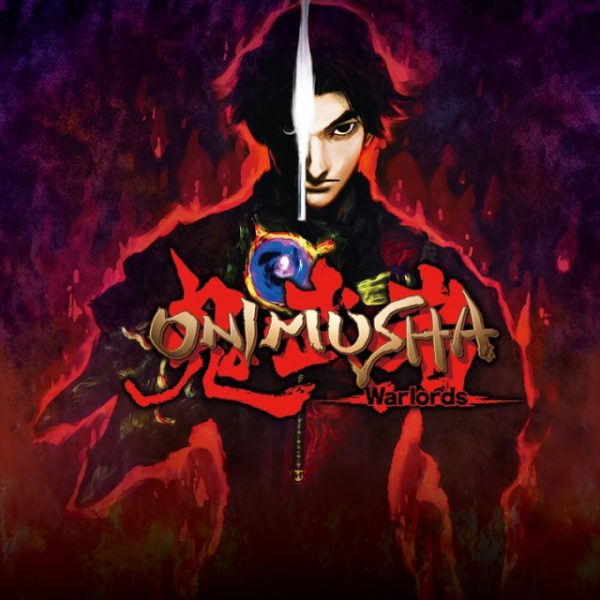 While the original Onimusha: Warlords was released in 2001, I didn’t play it until much, much later. To my surprise, the game aged well. Adjusting to tank-like controls and not cracking a smile with the voiced scenes was easier than I thought. In 2019, the game was remastered for consoles of the current generation. With a crisper look and smoother controls, this is the best way to enjoy this samurai classic.

The game begins with the historic Battle of Okehazama. The forces of Nobunaga Oda and Imagawa Yoshimoto are fighting tooth and nail in one of the bloodiest struggles in human history. From a distance, a samurai named Samanosuke is watching the fray. Nobunaga and his forces win the campaign, but an arrow pierces the warlord’s neck the moment victory is declared. A year later, strange things happen. Members of the royal family are disappearing and Samanosuke’s cousin, Princess Yuki, fears that she will be the next to vanish. Samanosuke and his confidant Kaede rush to help her. But, they are too late: demons have appeared and have kidnapped the princess. Samanosuke and Kaede must rescue her and fight the forces of darkness. The setting and characters are great. The combination of fact and fiction come together to create a unique narrative. It’s slightly predictable, but it won’t stop you from being excited about what lies around the corner. Samanosuke is still a great lead.

Similar to early survival-horror titles, the game is made of pre-rendered backgrounds. Taking control of Samanosuke (and sometimes Kaede) finally feels and plays like a 3D game should. Gone are the tank like controls that caused so many gamers so much frustration. Onimusha: Warlords Remastered feels more fluid than ever. Samanosuke now moves more gracefully as he cuts down enemies, blocks their attacks, evades and counters, and casts powerful magic. He is a powerful warrior who knows how to handle a blade. It’s still challenging, but not nearly as challenging as it once was.

Samanosuke begins the game with a standard katana. However, after a few minutes he gets bestowed a mystical gauntlet. The gauntlet can be used to absorb the souls of fallen demons. Red souls act as a source of power. Yellow souls restore Samanosuke’s health. Finally, blue souls restore magic. As you continue the journey, Samanosuke will get three weapons and magic orbs blessed by an element. Raizan, a lightning infused katana is capable of swift yet strong attacks. Enryuu is a fire based broad sword that can deliver devastating attacks at a slower rate. My personal favorite is Shippuu, a windy double-headed spear that delivers quick and sweeping attacks. Samanosuke can use a magic spell with each sword, too. These attacks are tide-turners that come in handy when the situation looks grim. Everything can be upgraded with the red souls you obtain from demons. Watching your arsenal of weapons grow in power and change in shape is rewarding. The further into the game you get, the more upgrading you will need to do. Certain doors can only be entered when you have a corresponding magic level. For instance, later in the game there will be a door protected by three purple locks. To access this area, Raizan must be at level three. Certain items found throughout the game will increase his life meter and magic meter. At times, you will get to take control of Kaede. A kunoichi with her eyes on the mission’s completion, Kaede has her own set of abilities. Unfortunately, she can’t use magic or absorb souls. In the end, you’re better off rushing through these parts in order to get back to Samanosuke. Even when faced some challenges, Onimusha: Warlords is usually an absolute delight to play due to all of the options at your disposal.

The remastered version of Onimusha looks and sounds wonderful. The cast looks sharp, and the demons they face look more revolting. There are mutants that stick their worm like tendrils through the ground to snag Samanosuke. There are ninjas that can make shadow images and attack relentlessly. There are monstrous, toothy, ax-wielding giants that can send Samanosuke flying. The variety is there, and it’s both unnerving and exciting to see what is lying in wait for you. But, the promise of watching Samanosuke destroy everything in his way with a variety of sword swings or magical attacks ameliorates any fears. The pre-rendered backgrounds are stunning; it’s always a pleasure to see Japan created in the video game medium whether or not the game’s story is based off of history or something fictitious. The music ranges from silence to exhilarating. Finally, Onimusha: Warlords features both Japanese and English voice acting. As expected for a game of its era, the English voice acting leaves a lot to be desired.

Onimusha: Warlords Remastered features trophy/achievement support for those that wish to explore the game to the fullest. Otherwise, my biggest problem with the game remains: length. Samanosuke’s rescue mission is over too soon. Experienced gamers can finish the game in about seven hours. Hopefully, Samanosuke’s journey gains enough popularity so Onimusha 2: Samurai’s Destiny gets the remastered treatment. For now, those that missed out on Onimusha the first time couldn’t have asked for a better starting point. Onimusha: Warlords Remastered offers a perfect introduction to a classic franchise.

Overall, 8.5/10: Welcome back to Capcom’s rendition of Feudal Japan. Smoother controls and sharper visuals make this the definitive version of the PlayStation 2 classic.