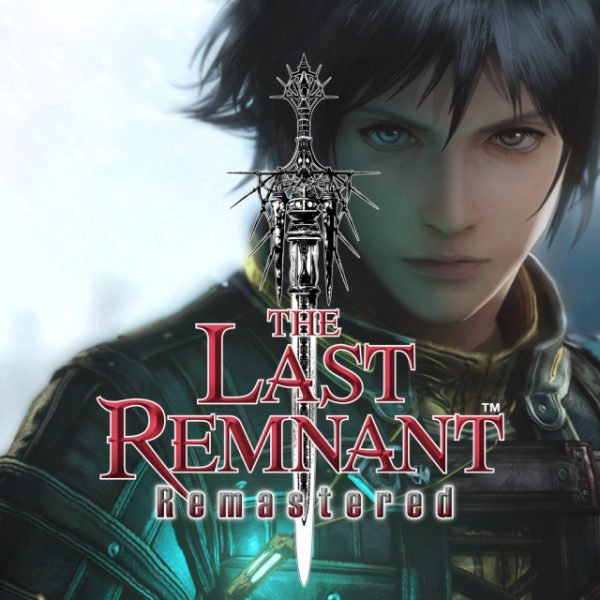 The Last Remnant is another one of those games that always slipped by me due to being preoccupied with other Xbox 360 games. But! A remastered version was released on the PlayStation 4 in 2018, and that same version made its way to the Switch in 2019. It took me over a decade to finally sit down with The Last Remnant, but I’m glad I did. This is a tough but rewarding RPG.

The Last Remnant stars a young man named Rush Sykes, who has traveled from Eulam Island to the mainland in search of his kidnapped sister, Irina. On his journey he sees two massive armies clashing with one another. Mistaking one of the soldiers as his sister, Rush runs into the fray. He ends up offering his help to Athlum’s army, led by Marquis David Nassau. With Athlum’s help, Rush hopes to find his sister. But, there’s more to Rush, the city of Athlum, and its neighboring city-states than meets the eye. The world is filled with entities large and small called Remnants. Remnants are made of otherworldly material of unknown origin. They stand proud, tall, and silent. They are bound to specific people that use their power for the benefit of their respective cities. Influential people behind the scenes want to use Remnants for the wrong reasons. Rush and his new friends get caught in this conflict and resolving it won’t be easy.

Despite coming from the SaGa creator Akitoshi Kawazu, The Last Remnant’s story tilts towards the linear side. It always keeps you up to date on where you need to go and what you need to do. The story is great. There are well-developed, likable characters in a living, breathing world filled with different races. There are bustling towns with unique, diverse cultures. There are tons of characters to recruit, each with their own backstory. This is where the game truly shines. Rush and the soldiers of Athlum are a fantastic group, but they’re just the tip of the iceberg. Rush can meet a brash warrior trying to escape her past, an aging soldier who refuses to abandon the ways of chivalry, a hardworking mercenary that will do anything to protect his sister, and more. To find and recruit these individuals, Rush will spend a lot of time outside the main campaign participating in side quests.

The Last Remnant is overflowing with side quests. The game’s completion time will increase exponentially because of them. The good news is that the rewards are worth it. The bad news is that a good chunk of them are easy to miss unless you’re glued to a guide. Finishing every side quest offers a special bonus, but getting to that point requires careful attention. Along with side quests, there are guild quests, folks to chat with, and equipment crafting. Rush will always have something to do. While some of it can be overwhelming or random, The Last Remnant’s side content makes it easy to get wrapped up in its world and explore without being blocked by the story.

Up to this point, everything I’ve described should sound straightforward. It’s easy to move Rush around towns, chat with the locals, shop, and craft. Things start to get more complex when it comes to combat. This is another area where the game shines…most of the time. Entering a battle is easy enough; just walk up to an enemy and push a button. Rush can even slow down time to tag multiple enemies or make a hasty retreat. Combat utilizes a turn-based system in which the player creates squads of soldiers called Unions. Each participant in a Union is called a Unit. Units have their own stats, but the totals get combined in a Union. Unions can only hold a certain number of Units, and the multitude of Union formations have advantages and disadvantages.

When the battle starts, it may come as a shock when you realize you can’t command each individual Unit. Instead, you select from a list of choices. These choices have commands assigned to each Unit. The choices are dynamic; selecting a different enemy Union will usually display a different list. Also, activating a more powerful ability requires the use of Action Points, which recover after each turn. Special abilities might be activated depending on the leader of the Union. After all selections have been made, your Unions and the enemy Unions head into battle. One important thing to mention is the morale displayed at the top of the screen. The better you do, the higher your morale, and ultimately, the more effective your commands. Of course, the opposite is true.

That’s a lot to take in. It sounds confusing at first, but it’s easy to get the hang of after a few battles. A good way to look at them is to think of a hybrid between Yggdra Union (Units forming a Union, crucial monitoring of morale) and something from the SaGa series (character growth, acquisition of new skills). However, there’s one big aspect of The Last Remnant that needs to be further explained: Battle Ranking. The more you battle, the more this goes up. The more this goes up, the more powerful the enemies get. And let me tell you, enemies are already powerful as is. Bosses or regular foes can crush a Union; often unfairly. Later foes can attack out of turn. They can OHKO individual Units. If that happens to your Union leader, then your Union won’t act properly. Most of the time, the odds are stacked against Rush and his friends and no amount of power leveling will help. While this issue with the Battle Rank has been ameliorated from the 360 version, it’s still something to keep in mind. Battles are fun after you grasp the nuances. It’s disheartening knowing that participating in as many as you can will negatively impact your experience.

One of the best parts of battle is watching them. The Last Remnant is a beautiful game. Whether it’s during a bloody brawl on the battlefield against bizarre creatures, a stroll through a town, or a magnificent story-related cut scene, the game has style. My favorite part of the presentation is the music. The soundtrack from Tsuyoshi Sekito is a masterpiece filled with awesome tracks for every circumstance. I could listen to every battle track on a loop all day. Finally, the voice acting is as high of quality as both the graphics and music.

Total play time for The Last Remnant varies. If you ignore most of the side content, then you’ll be done in about 15 hours. If you want to see as much as possible, then you’re looking at 40 hours. The good news is that The Last Remnant features a nice New Game Plus option, and enough variety to make it so no two games are alike. You can try new formations, mold Rush with a different set of abilities, and/or try new side quests. I know I’ll be back for more in the future. Knowing what I know now about all of the game’s quirks,  I’m confident a second file will go smoother. If you like RPGs that provide you with challenges that no amount of power-leveling will lessen, then consider The Last Remnant.

Overall, 8/10: The Last Remnant is a challenging RPG. Those that do take a chance with it will experience frustration that eventually turns into fun.