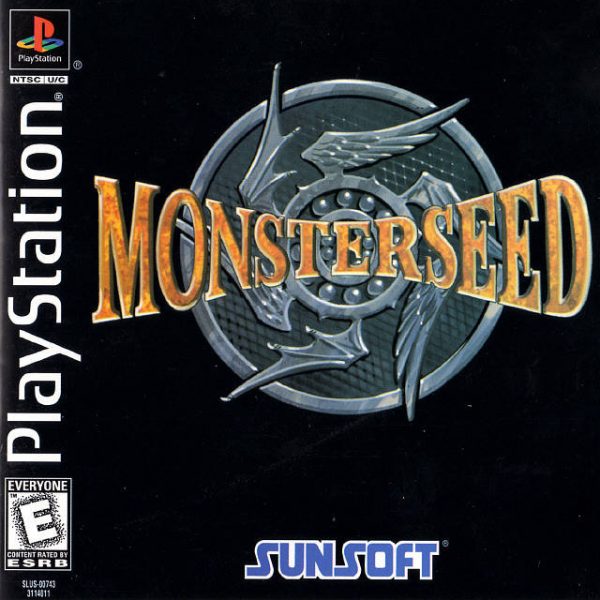 I feel that PlayStation RPGs are held to a special standard that can’t be found in any other console. While RPGs on later consoles might have advanced technical capabilities, better sound, and more content, the level of creativity and care given to RPGs during this era, and specifically on the PlayStation, is unforgettable. I can sit here all day and list games on the console that show said level of care from both the developers and the publishers. Of course, there will always be exceptions to the rule. Obviously, based on the score, Monsterseed is one of those exceptions.

The sad thing is that the game looks like it could be fun. Unfortunately, after its well-crafted opening movie finishes, the game begins its descent. When you start a new game, you’re thrown into an unwinnable battle that will give you an idea of what to expect not only in terms of game play, but in terms of story, too. Monsterseed puts you in the shoes of Daniel, a scrappy young man with the ability to control monsters. On his way to Len Bal, he ends up getting the snot beat out of him by a powerful monster tamer. Luckily, he is saved by Wolf and Kal, an old man and his granddaughter. In order to thank the two of them for their help, Daniel agrees to work odd jobs around the town, and maybe, save the city from a group of bandits. That’s all fine, but the problem with the story is the translation. It’s all over the place. It’s nonsensical, incomprehensible, and easy to ignore. Since there aren’t many conversations to have in the first place, I wonder what happened to make the few that do take place turn out so ridiculous.

The story is bad, and it’s clear from the start. The game play? Well, that’s a different story. If you ignore the unwinnable battle, then the game play looks like it has some potential. Outside of combat, Daniel will spend most of his time hatching monster eggs by mixing them with special items and raising or lowering the temperature before they hatch. There are dozens upon dozens of monsters to hatch, and due to multiple options with serums and temperature, the possibilities really are endless. But, with this monster raising system comes a problem: tedium. Going through the motions over and over, saving your game and hoping you selected the right combination, and going through your inventory in a poorly laid out menu gets tedious very quickly. Those that decide to play beyond a couple of hours will have to spend a fair amount of time ensuring your little critters are the best possible.

This isn’t because the game is difficult. This is because the game’s battle system moves at an irritatingly slow pace; powerful monsters mean a quicker conclusion to a battle. Once again, it looks like that there was some potentially good stuff happening. Battles take place on a grid. Daniel can perform a certain number actions before he’s unable to act. The enemy’s do the same thing. While Daniel can perform an attack and use items, his most important action is the ability to call monsters. Monsters have their own call speed. In other words, monsters may take more than a few rounds to fully appear. Once your team is set, the monsters act on their own. You can give them some general, AI settings. However, Daniel is the only character you have direct control over. And for some more bad news: Daniel does not gain experience points. Indeed, what you see at the start of the game is what you’re stuck with for the rest of the game. Daniel can learn new skills, but his base stats will remain the same. Do you want some more bad news? The monsters have an expiration date.

You see, in Monsterseed, your monsters are all literal ticking time bombs. The more “stuff” that they do, the closer they get to their breaking point. When they reach that point, they unleash a very powerful attack that damages the enemies but causes them to vanish forever. There is no indication as to when they’ll perform this sacrificial action; you just have to come prepared with a gaggle of goons because you can find yourself in a sticky situation. These long, tiresome battles mixed with bland, repetitive dungeons make Monsterseed’s game play an absolute buzzkill. There is literally nothing exciting about playing Monsterseed.

To add more insult to injury, Monsterseed’s fun opening movie is the only graphical aspect that shows some creativity. The rest of the presentation works, but I was expecting more after that opening. Character models look nice, the environments are colorful at first, and there is a wide range of monster designs ranging from cute to carnivorous. The enemy designs look very similar to one another; new enemies tend to wear nothing much aside from differently colored armor. Honestly, the one aspect of the game that I can’t rag on is the music. With a variety of town, dungeon and battle themes, Monsterseed has a solid collection of tracks. But, the downside in the sound department is the menu’s confirmation sound. This piercing chime tends to take away from the good music.

In many ways, Monsterseed reminds me of another game that looked like it could have been something special: Eternal Eyes. Both games revolve around a monster raising mechanic, both games feature a basic but functional presentation, and both games have tactical battles. Most importantly? Both games are terrible and worth avoiding. It’s a real shame, too. I’ve always enjoyed discovering hidden gems on the PlayStation; a console that houses so many wonderful RPGs. But, Monsterseed isn’t one of them and is better left completely ignored.

Overall, 2/10: If you’re looking for another PlayStation RPG to play, then look elsewhere. If you’re out of options, then replay an RPG that does everything better than Monsterseed. You are guaranteed to find something.