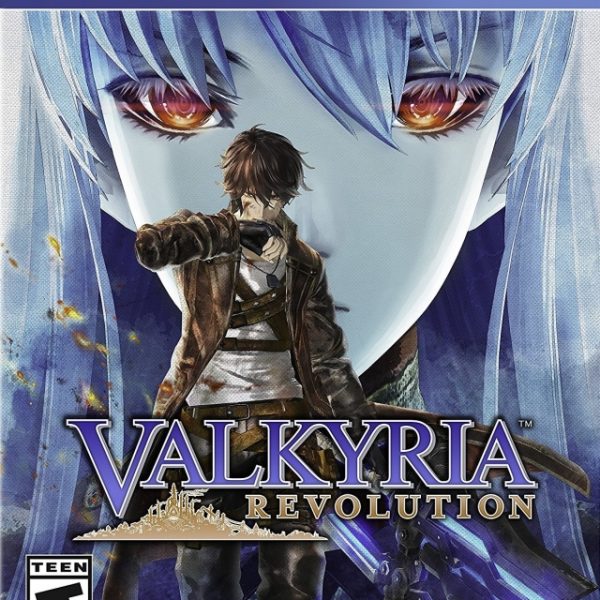 Valkyria Revolution is clunky, needlessly verbose, and easy. Most of the games characters are the definition of “one dimensional.” There are cut scenes layered on top of each other that do nothing but extend game time. Even if it didn’t have the “Valkyria” label on it, it would still be hard to recommend. Yet, for some reason I still don’t get, I have thoroughly enjoyed my time with Valkyria Revolution from the moment it began. I recognized all of its faults within the first hour of game time but still can’t put the game down.

Let’s kick things off with the story, and more importantly, how the story is told. The story is told through the eyes of a teacher named Richelle, as she recalls events that happened many years ago to one of her students. Said student has done some research, read some theories, and wants to learn the truth behind the a group known as “The Circle of Five.” Branded as traitors and sentenced to death, the student thinks that there’s more to the story and Richelle has all of the answers.

It’s an interesting premise, but we already have a problem. Richelle recalls events, which are played out in cut scenes. Many of these cut scenes depict situations in enemy headquarters. Or flashbacks. Or conversations with alternate personae. I’m not kidding. So, how is it that Richelle actually knows all of this? How is that this person, who’s great-great-grandmother told her this information, was able to recall all of these private events in such detail?

As for the story itself, it starts off with a theme that many games do: revenge. The Circle of Five were orphans in the small country of Molda. The Ruzi Empire set their orphanage ablaze, captured their caretaker Maria, and killed remaining witnesses. Amleth Gronkjaer and his friends decided to start a war with the empire in order to execute those that were responsible for the arson. Now prominent members in the country of Jutland, The Circle of Five are dedicated to exacting their revenge through any means necessary. Amleth moved his way through the ranks to become the captain of Jutland’s Vanargand squad. The rest of the traitors will work behind the scenes.

Amleth, his fellow traitors, and the members of Vanargand equate to a sizable cast of characters. But, again, there’s a problem. Nearly each character is a one-trick pony in terms of personality. Amleth is a dull, stoic character that doesn’t work as a leading man. Daryl likes to drink, and that’s it. Isaac is an aristocrat, and that’s it. The villains are the same way. Other than personal favorites like Helena and Ophelia, it’s hard to feel any connection to the huge roster of characters. This is exemplified by the fact that there are copious cut scenes. Most of these move at a slow pace. Many of them will repeat information that was already presented in a previous scene. If you wanted, you could skip nearly every cut sceneand just read a summary of what happened from the student mentioned above.

Truthfully, I enjoy the premise of starting an all out war for the sake of revenge. As much flack as I give the story and the way its told, there are some surprising moments. Valkyria Revolution has the goods, but they aren’t used well. When you’re not watching (or skipping) cut scenes, you’ll take control of Amleth as he wanders through the city of Elsinore. In the Promenade, you can purchase items, chat with your friends, or participate in Circle Events. Circle Events are one of the game’s highlights; Amleth and his friends will talk about art, music, cooking, fashion, and more. They help steer the characters away from their archetypes. Plus, they unlock Potentials. Characters can equip Potentials to help dictate how they perform in battle. By the end of the game, you will access to a bevy of these, but the game gives little guidance on how they’re prioritized. Plus, the game is so easy that you don’t have to pay much attention to them. I’ll get to that in a moment.

There are two other activities you can do while wandering Elsinore that are worth a mention. The first is upgrading sub-weapons like rifles and grenades. Upgrading everything, however, is expensive. It’s not necessary to have everything up to date, but the amount of money you actually need is off the chart. The other activity you can do is upgrade each character’s unique weapon. Taking inspiration from Final Fantasy X’s Sphere Grid, you need to use ragnite to upgrade your character’s attack power, elemental power, and more. It’s a system that I have always enjoyed, but in Valyria Revolution, upgrading is clunky. It’s a hassle. And, until later in the game when you start getting better ragnites for upgrading, it’s not worth the trouble.

But, the game is so easy on any setting that it won’t matter if you don’t upgrade everyone. Unlike Valkyria Chronicles, Valkyria Revolution is an action-RPG that plays very similarly to Final Fantasy Type-0. You select your squad of four, insert ragnite into their weapons so they can cast spells, and head to the field. At a glance, Valkyria Revolution looks like it would be a musou. Instead, the characters have an action gauge that needs to fill before they can perform. You can move, dodge, and block as you like, but to actually attack or use a spell, you need to wait for the action gauge to fill. At the top of the screen is a Motivation Meter. The lower this is, the slower your action gauge. Usually, battles begin as slogs due to how slow you are to perform and how moronic your party members act. The majority of the enemies can be slaughtered with a quick grenade or a spell. The more you kill, and the more bases you recover, the fuller the Motivation Meter gets. When that meter is full, your party turns into a wrecking crew of mass destruction because the action meter will refill automatically.

Since every action requires the same amount of charge time of the action meter, this means you can spam magic. Magic can cover a wide area, deal multiple hits, and enhance your team. One of the new classes, Sappers, are dedicated to casting magic. A Sapper will outshine other members of the squad. Scouts might be able to act quicker at first, Shocktroopers might deliver stronger physical attacks, and Shielders might have more sturdiness, but the Sappers will usually be the ones to deal the heaviest damage. But, again, for some bizarre reason, I don’t mind. In fact, the battles might be my favorite part of Valkyria Revolution. Watching your team of fashionable folks withstand bullets, swords, axes, grenades and more without so much as batting an eye AND while destroying anything by merely looking at them never gets old. Sure, some of the bosses require more strategy, but these are more a test of patience due to their high hit points.

Notice that I used the word “fashionable” to describe the characters. Every character has a unique style. One thing that I appreciated from Valkyria Chronicles was that each character wore the standard uniform, but had an accessory or hair style or alteration that kept them unique. In Valkyria Revolution, characters are wearing ensembles that have no place in the battlefield. One of my favorites, Ophelia, wears a white, Gothic Lolita styled dress that never gets one speck of dirt on it. It’s so unrealistic that it becomes a joke. The graphics are gorgeous, but they just seem so out of place for a story that is centered on a war. Oh, and just a heads up: one of the characters could put the ladies in both Senran Kagura and Dead or Alive to shame. Play the game and you’ll see. One thing that has nearly universal praise is the music. The soundtrack to Valkyria Revolution is fantastic; enough said. Players can select either English or Japanese voice acting.

One final flaw to point out: loading times. I want you to think of an early PlayStation game that suffered from bad loading times. That should give an idea of their length. You can finish Valkyria Revolution in about 40 hours. It’ll be less if you skip cut scenes. Those that wish to get all of the trophies will be looking at many hours due to the required grinding for money. For all that I complain about in this game, I still enjoy it. I’m able to overlook the flaws as I lead my squad of fashion-forward fighters in battle; watching them destroy everything with a flick of the wrist. Similarly, it’s nice when they’re not repeating themselves about the war and are, instead, shooting the breeze about liquor or fashion. I just doubt others will find the same level of amusement. Fans of Valkyria Chronicles will be the most disappointed. Everyone else will either stop playing after a few hours, or end up overlooking the flaws. But, you never know. You might just find the same level of enjoyment I found from an arguably average game.