Advent of an adventure.

Four games for the price of one? And on the go?! For real-real?! 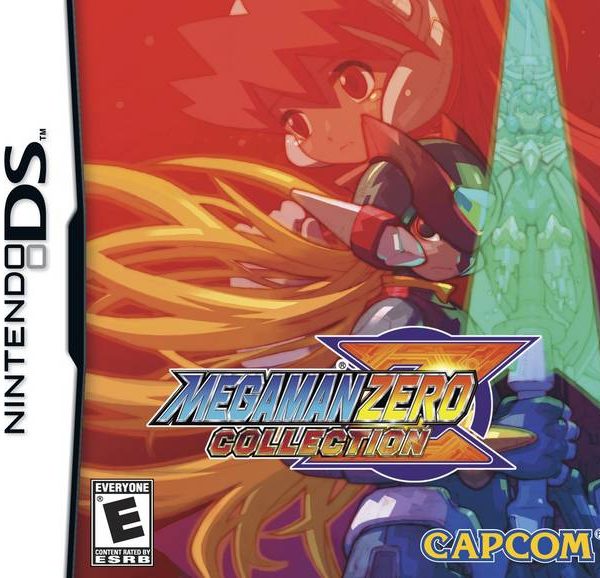 Author’s Note: This review was originally published on January 24th, 2011. Like other reviews around the time, I used “witty” taglines to separate the sections. The reviews title pays homage to a show called Drawn Together, which I was binge watching at the time.

One of my favorite aspects of the Mega Man franchise is the difficulty. The developers at Capcom know how to create challenging stages, tough bosses and well-hidden secrets. All of this, plus a dark narrative, were put into the Mega Man Zero games for the Game Boy Advance. Thus, it was a shame that I never played any of the titles. Until now. Capcom gave everyone a wonderful, affordable gift called the Mega Man Zero Collection for the Nintendo DS. All four games are in one little card and packed with extra content. Anyone who is a fan of Mega Man should check this out. I highly recommend the title to those who missed the series the first time around.

Four on the Floor.
The Mega Man Zero universe takes place years after the events of the Mega Man X titles. X is now a diabolical ruler who wishes to make a future just for Reploids and has created a slew of bots called Pantheons. An underground resistance group is searching for a way to quash X’s ambitions and learn of a Maverik Hunter named Zero who once fought alongside X. Ciel, their leader, learns of his location but gets chased by enemies. During her escape, Ciel successfully awakens Zero with the help of her Cyber Elf, and informs him of the situation. Zero is back and is ready for action.

This new world of Mega Man has a plot much darker than those of other titles. Death, sacrifice and other themes will be encountered as Zero travels through the world to stop X. Each game in the collection should be played chronologically so that the story can be seen in the right order. The entire saga as a whole is surprisingly well written, despite some translation issues.

Zero Evolution.
The main reason why the games should be played in order is because the game play gets consecutively better. Zero’s basic actions stay the same throughout the four titles: dashing, wall jumping, Z-Saber strikes, gun ability and looking cool as hell during the process. With each installment, his abilities change. The subtle differences involve new combat abilities, different types of armor, and leveling up his various weaponry. The variations in Zero’s capabilities make each game different from the last, but still retains the blueprint design that makes Mega Man titles so much fun. As expected, the MMZ series is very challenging. Not only do enemies and bosses hit hard, but the amount of death traps can frustrate even the most accomplished of Mega Man players. To add insult to injury, you’re given a rank every time you finish off a level, just to show how bad you play.

Zero is capable of getting through unscathed with practice, but for those who are more casual, you can use Cyber Elves.These little pieces of nanotechnology grant Zero upgraded abilities such as more health and faster running speed. Others will assist Zero in battle or give his Z-Saber additional hits. The Cyber Elves are in all four titles and truly help in getting through the game the first couple of times. However, each time a Cyber Elf is used, Zero’s ranking goes down. Achieving high ranks unlocks hidden secrets, so using the Cyber Elf system is a double-edged sword for those who like to achieve 100 percent.

The action is non-stop in all four Mega Man Zero games. However, there are a few problems with it. Some of the menu translations rely too heavily on abbreviations that are hard to figure out. Also, some of the weapons Zero acquire are useless. Usually, your best sticking to your Z-Saber as your main weapon and the gun as your sub-weapon. Some of the levels have puzzles that seem out of place.

Sleek and Stylish.
Mega Man Zero may take place 100 years after the events of Mega Man X, but the graphics may lead you to believe that it takes place 100 years before. The new art direction makes the characters look youthful, vibrant and expressive. Don’t let it fool you. Zero looks especially sleek and stylish. He moves the same way as he maneuvers around imposing looking bosses based off of various animals. And yes, the LED nipples are gone. Zero’s new look for the new series is a huge welcome, even if it looks juvenile upon first glance. Accompanying his new look is a new sound that combines synthesized instruments with exciting, upbeat melodies. But, it’s to be expected: Mega Man music rarely fails.

Zeroing in on the Fun!
The Mega Man Zero Collection has tons of extras, and endless replay value. For one low price you cannot go wrong. There’s really not much more to say about it. You get four challenging games with plenty of Mega Man action that stars a hero worthy of his own franchise. The games are challenging as hell, but the challenge is one worth facing.