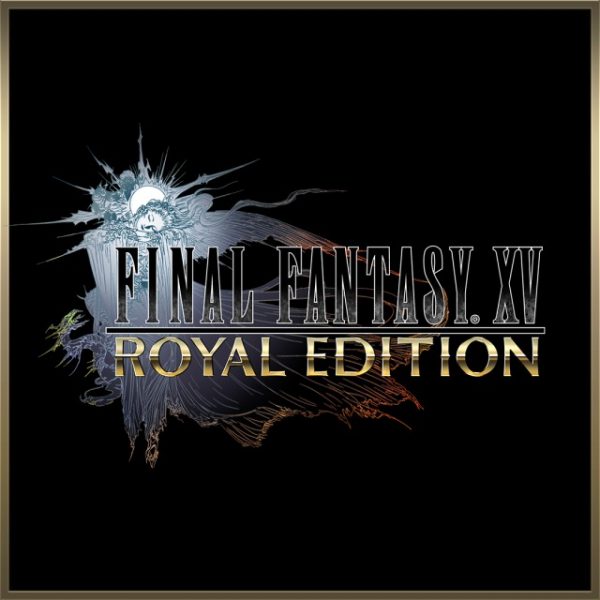 Author’s Note: This review is for the Royal Edition of Final Fantasy XV.

Final Fantasy XV is…something. It’s a very unique something. Announced in 2006 as Final Fantasy Versus XIII, it took Square over ten years to get it released. Along the way, there were name changes, scenario shifts, and a slew of other Final Fantasy releases. I’m a fan of the series, but I held off on picking up the original Final Fantasy XV on release after I heard that it was lacking in story and substance. Instead, I waited a few years to take the plunge via the Royal Edition. I’m glad I waited as long as I did to start it. Final Fantasy XV isn’t bad. It just feels so far removed from anything related to Square’s most famous franchise.

The game takes place in the world of Eos. On the continent of Lucis is the kingdom of Insomnia. The prince of this kingdom, Notcis Lucis Caelum, has begun a journey with his retinue to Altissia, the capital city on the continent of Accordo. Noctis is planning to wed his childhood friend and the Oracle of Eos: Lunafreya Nox Fleuret. The marriage between Noctis and Lunafreya is supposed to end hundreds of years of conflict between Lucis and the country of Niflheim. But, things don’t go as planned for the young prince. And, to explain why would tread between “spoilers” and “prior knowledge.” You see, with Final Fantasy XV, even before one starts the game, it’s necessary to do some homework in order to fully understand what’s going on. It’s highly recommended to watch The Brotherhood anime and the Kingslagive movie.

The story is interesting, dramatic and oftentimes emotional. But, it doesn’t quite reach that impact that we’ve seen from other entries. The good news is that Noctis and his companions are more than enough to make up for the tale. For most of the game, Noctis travels with three of his closest friends that double as his retinue. The first is Gladiolus “Gladio” Amicitia, who serves as the royal bodyguard and tends to play the bad cop when Noctis steps out of line. Next is Ignis Scientia, the royal advisor, the voice of reason, the tactician, and the chef. Finally, there’s Prompto Argentum, Noctis’ plucky best friend from his school days. These four comrades talk about anything and everything during their journey. Their conversations are organic; natural. It really makes you feel close to them, almost as if you’re the fifth member of their party. Getting to know these four is the highlight of Final Fantasy XV.

So, can the banter between four friends carry an entire game? It’ll mostly depend on how you feel about Eos being a massive (and mostly empty, yet quite beautiful) open world. Final Fantasy XV doesn’t have the linear narrative the series is known for. It’s always apparent where you need to go to advance the story, but it’s also apparent Square wanted to create a game where players could spend time doing everything but move the narrative forward. Activities range from fishing to taking down massive monsters in hunts. There are townsfolk with fetch quests that give you rewards ranging from worthless to helpful. There are hidden areas to discover. There is plenty to do, but the question is whether or not you’ll want to. Even if it means extra banter between the four comrades, traveling the world of Eos for yet another side quest is usually a boring slog whether you go by foot, by Chocobo, or in the team’s sleek car, the Regalia.

Whether or not you advance the plot, chances are you’ll find yourself in a dungeon when you’re not traveling the expansive outdoors. With this comes a set of problems. The camera is a mess and has a hard time keeping up with Noctis as he goes through narrow corridors and hallways. More times than I cared for, Noctis would end up leaving his retinue behind because they got stuck behind a corner. Or, if I had to make a quick turn, Noctis would ram into one of his buddies. It was clunky dungeon crawling. Combat is another area that has its own set of issues. Final Fantasy XV is an action/RPG where players control Noctis and the AI controls the remaining party members. Noctis’ main method of attack is performing combos with up to four different weapons that can be swapped on the fly. This is done by simply holding a button. Similarly, dodging is done by holding a button. It’s rather hands-off for an action/RPG.

But, there’s more. The first is magic, which can devastate groups of enemies. The bad news is that friendly fire is a thing in this game; you’ll have to find an accessory that prevents it. Notcis also has the ability to issue commands to his friends. These provide a free attack of opportunity and give you a small respite from the chaos. Most importantly, Noctis has the ability to warp with the push of a button. He can zoom towards enemies for extra damage, or warp to higher elevation to recover. Warping is his most handy ability, but overusing it can make him vulnerable. Combat has its moments. Witnessing Noctis’ crew work together while the prince warps in and out of the battlefield to topple massive creatures is impressive. Other times, things get so hectic that it’s impossible to keep up with what’s actually going on. And again, the camera can cause extra issues. In fact, my only game over was a combination of losing track Noctis was and waiting for an ally to heal him instead of using an item.

If you do check out the game, be sure to go with the Royal Edition so you can enjoy some included extras. The journey can last over 100 hours if you want it to. A New Game Plus feature can add even more time. For me, even after finishing a fair amount of side content, I finished the game in 40 hours. I also played through three DLC episodes, one for each of Noctis’ retinue, which added some extra time. During the later chapters, combat got so tiring that I decided to just beeline towards the finish. The journey is worth seeing. But, on the whole, Final Fantasy XV doesn’t resonate with me the way the rest of the series does. I’m confused by the message that appears when you start the game: “A Final Fantasy for fans and newcomers alike.” Fans aren’t getting anything that remotely resembles the series, and newcomers are going to be given an inaccurate first impression of what makes the series so special.

Overall, 7/10: Is Final Fantasy XV a fun game? Yes. Is it the Final Fantasy that was worth the wait after all this time? Not really.