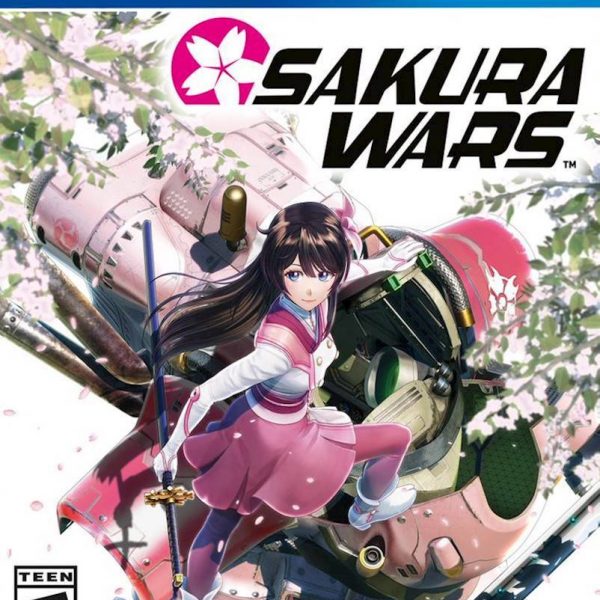 Growing up watching anime, one series that got moderately advertised in previews was Sakura Wars. The trailer would show a diverse cast of women heading into battle in bizarre mecs, and then cut to them performing on a stage. All of this was going on while the tune Geki! Teikoku Kagekidan was playing. It was enough to get anyone interested in the series, but sadly, Sakura Wars never found its footing in the states. The TV series took a lot of liberties from its gaming origins. The fifth game in the series, which was the first to be released stateside, performed poorly. It took nearly ten years for the series to return. But, here we are with a reboot of the the series on the PlayStation 4.

You can jump into the game without any knowledge of the Sakura Wars series. The game takes place in a steampunk version of our world during the Taisho era. Taking center stage is Seijuro Kamiyama, a former naval officer that has become the captain of the Imperial Combat Revue’s Flower Division in Ginza. His base of operations is the Imperial Theater. Here, a collection of colorful personalities and potential love interests fill the halls. Seijuro needs to navigate personal relationships with his new friends and co-workers, as well as protect Japan from demonic forces that terrorize the people. And, of course, he may have to save some room in his busy schedule for new romance. It’s a great story filled with amazing writing and a likable cast of characters. You’ll really enjoy getting to know them, as well as watching Seijuro come into his own. Unlike the crew from So Long, My Love, I was routing for every character from the start and enjoyed seeing them overcome their personal struggles.

Sakura Wars is divided into exploration sections and combat sections. During exploration, you take control of Seijuro and explore the Imperial Theater and various parts of Ginza. Often times Seijuro will find one of his squad mates or a member of the supporting cast going about their business. Conversing with them will usually lead to Seijuro needing to make a choice using LIPS. LIPS stands for Live-Interactive Picture System. Simply put, you can decide how Seijuro responds during a conversation. If you respond favorably, then the trust between him and the other(s) will rise or fall. Having high trust effects which ending you receive, special hidden events and certain trophies. It’s fun to see watch the conversation change depending on his response, and there’s no denying that building trust between Seijuro and the cast just feels good. This is especially fun, albeit a bit awkward, when you take a first-person perspective and watch as the girls get real close and personal. Other activities to do between battles include playing Koi-Koi and searching for bromides.

Those that played So Long, My Love and/or have some familiarity with the franchise will feel at home with the exploration. Combat, on the other hand, has been completely revamped. The strategic warfare from before has been scrapped for a musou-like action system. This was a bold choice that paid off for the most part. Seijuro and one of five girls will join him through overly large, samey dungeons that are filled with swarms of enemies. Dungeon layouts are a drag since they look similar to one another, but the actual combat is fast-paced and frenzied. While inside your character’s unique combat suits, you can jump, double-jump, evade, dash and perform a series of combos with weak and strong attacks. Evading enemy attacks at the right time will slow down enemy movement; similar to something like Witch Time from Bayonetta. You can switch between Seijuro and his partner on the fly with the push of a button. Characters can perform a special attack after a meter is filled up. Finally, after certain parts of the story have been cleared, Seijuro and his teammate can perform a unique team maneuver which grants them both extra power. These are equal parts beneficial and entertaining.

If you’ve played anything resembling Dynasty Warriors, then you’ll feel right at home with combat from the start. Combat areas are filled with enemies that can usually be overtaken with button mashing your favorite combos. It can get repetitive at times, but the brisk pace is welcomed when compared to the slowness from the previous games. Also, instead of “leveling up”, character abilities grow depending on how high a morale gauge is. So, the better you do, the more powerful you get. For those that can’t get enough of it, there’s a battle simulator that lets you re-experience each chapter’s battles with different partners.

Sakura Wars looks gorgeous. Character models are sleek, colorful, and expressive as they move about beautiful set pieces in a fictitious version of Ginza. A hefty amount of still-shots and animated cut scenes amplify the presentation even further. The game is fully voiced in Japanese, which has caused quite a stir in the gaming community. Personally, I’m fine with this choice since the game takes place in Japan. The music is another highlight, with a new version of Geki! Teikoku Kagekidan and a fresh batch of new tunes. Perhaps one of the most nostalgic part about the presentation is getting to view a massive collection of bromides that feature characters and events from both this game and previous ones. Finding all of the bromides will require a guide, but it’s worth it if you want to see all of the history of the series.

Sakura Wars takes about 30 hours on a single file. Those that wish to see everything can expect to spend closer to 40 or 50 hours. The game moves at a brisk pace. Plus, a New Game Plus feature lets you carry over cleared data. Truthfully, I went into Sakura Wars with low expectations due to my disappointment with So Long, My Love. It turned out to be a great game. It has some roughness around the edges and can get tedious with its combat, but it has a lot of heart that helps make up for it. If you’re looking for a game that has simple combat, a fantastic cast, and plenty of conversation where your choices matter, then consider Sakura Wars.

Overall, 7.5/10: A Taisho era tale to touch hearts. Sakura Wars has returned. It may not find its full stride with this title, but Sega is on the right track.