DDRMAX has plenty of songs, but plenty of them are bad.

Dawn of Mana is damming and disappointing. 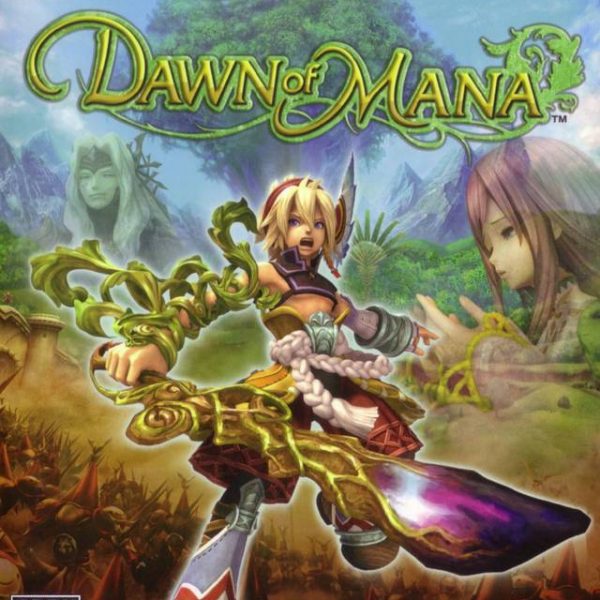 I’ll be blunt. Dawn of Mana is a mess. This isn’t one of those games that is “So bad, it’s good” and it’s not one of those games that gets hit with the adage “Oh come on, it’s not THAT bad.” No, Dawn of Mana is a shipwreck of a game that has the look of a legendary title but ends up being one worth never playing or remembering. I don’t care how big of a fan you are of the Mana series; avoid this game in order to preserve what little fondness you have left of it.

Dawn of Mana, as the name suggests, takes place during the very start of the timeline. While most of the games aren’t related in a chronological sense (Heroes of Mana takes place before the events of Secret of Mana 3), it’s a neat idea to see the origins of them. The game starts off as though it will be the adventure of a lifetime. The eight Spirits of Mana are discussing the unknown future of their land, Illusia. Then, we meet our hero and his damsel in distress. The game puts you in the role of Keldric, a knight that is helping his friend Ritzia look for her pet. Unfortunately, they see something that they shouldn’t and up having to rush to protect the Mana Tree that is lying dormant. A fragment of this huge tree assimilates to Keldric and becomes a multifunctional weapon. Now, Keldric has a new destiny ahead of him. He has to not only protect the world of Illusia, but he has to worry about diabolical rulers and the fate of Ritzia. Stories in the Mana series typically trade dark dealings and politics for themes involving fantasy, adventure and mysticism. Dawn of Mana is no different, and to its credit, the story is interesting. If you’re like me (and I hope you are) you grew up with Secret of Mana on the Super Nintendo and really enjoyed exploring its vast world. Seeing the origins behind it and the less conventional Sword of Mana might be enough to interest you in the game. Familiar areas like the towns of Jadd and Ishe help shape everything for future entries.

But, I suggest avoiding it even if you are in the mood for the story. Ridiculous design choices and a lack of options, plus overly linear progression cause Dawn of Mana to fall from the top of its branches to the bottom of its roots. The game is divided into chapters. In each chapter, you will take control of Keldric. A fairy companion named Faye will join you, but 100% of the game has you in Keldric’s oversized, wooden shoes. At a glance, Keldric is as capable as other warriors of Man. He runs at a brisk pace, has the ability to jump and dodge, and can command Faye to cast magic. Keldric’s weapon serves as a sword, a whip or a slingshot. You’ll soon find that nearly everything in the game can be used as a pinball. Flinging an object or an enemy against something, usually another foe, will result in a chain reaction that is not only entertaining, but necessary. Enemies that become ricochet material start to panic. This means they are more vulnerable, and it can be especially satisfying to keep the panicking going. Many of the objects are explosive, which can be extremely entertaining.

However, this is where the fun stops in more ways than one. In a normal action RPG, defeating enemies grants items and experience points. While true in Dawn of Mana, your experience points that you worked so hard to get will vanish at the end of a chapter. In other words, you will be right back at level one at the commencement of the next chapter. It’s as if all of the work you did means nothing. In an attempt to make up for this, the game will rate your performance in the last chapter and grant you Emblems that grant permanent boosts. The end of the chapter is the only time you will be able to access a shop, too. Finally, ending a chapter means you can participate in an overly challenging arena with an AI controlled monster partner. It feels like Dawn of Mana wants to apologize for having a silly mechanic, but the apology falls on deaf ears.

Even if the leveling system featured a normal style, the camera and finicky targeting system remove any last shred of fun. Keldric might be a good jumper, but it won’t feel like it after you fall over and over again from the same area due to the camera. His weapon might seem useful, but it will feel anything but after failing to connect to an enemy. Usually I am able to cope with a messy camera, but Dawn of Mana felt like it went out of its way to say, “Screw you, Kash. I am going to make your quest as difficult as possible!”

So, does Dawn of Mana have any redeeming qualities? Yes and no. This is the first 3D entry in the Mana series and the creators made an absolutely stunning game. Splashes of colors, textures, particles and imagery take over your television at all times. Your favorite enemies like Goblins, Rabites and Mushbooms look resplendent in the 3D world. The PlayStation 2 is quite capable of delivering graphical masterpieces and Dawn of Mana is no exception. Along with the graphics is a fantastic set of music by my favorite composer of all time: Kenji Ito. A slew of other maestros came together for the soundtrack and the results speak for themselves. At one moment the music is beautiful and serene, then it will be adrenaline pumping as you fight the camera…er…a boss. And then it can go to haunting yet captivating. I rarely recommend someone to listen to a soundtrack before playing a game, but since I don’t recommend playing Dawn of Mana in the first place, this is one of those times I feel the need to recommend listening to the music before deciding whether or not to play. Similarly, I recommend looking at some footage of the game so you can experience the fantastic visuals.

Dawn of Mana’s eight chapters should last about 20 to 30 hours, but those that wish to participate in all of the arenas will likely add a few more hours to their time. Dawn of Mana is a disappointment that really hits close to home. Secret of Mana will forever be one of the greatest games of all time. Other entries like Legend of Mana and Children of Mana may lack its magic, but they still had something to offer that granted players that “Mana” type of feeling. Initial story events and first impressions aside, Dawn of Mana offers close to nothing. The game is gorgeous and has a soundtrack for the ages, but if there’s one thing that Square should have learned, it’s that great graphics and music don’t make a great game. Dawn of Mana’s many flaws blackout what little good it offers, and it’s a game I don’t recommend to anyone no matter what their attachment is to previous games in this neglected franchise.