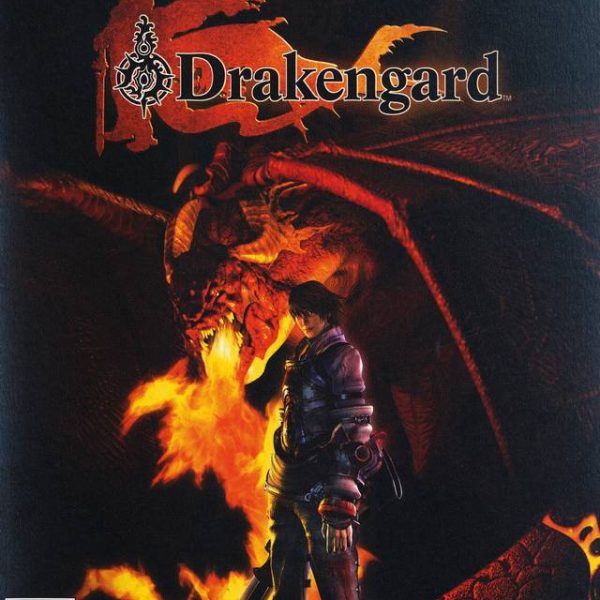 Author’s Note: This review was originally published on March 12th, 2004. There aren’t enough face-palms in the world to describe the level of embarrassment this review has.

Well, the game that got started when Square and Enix first merged has finally arrived here in the United States. This game was called Drag-on Dragoon in Japan, and I think that it’s a way cooler title than Drakengard. Despite this change, it is a fun game with good old fashioned hack and slash action, aerial combat on the back of a dragon, a killer story line to boot, and some RPG elements for good measure.

Story: 9/10
Two opposing forces, the Union and the Empire are at each others throats. The Empire fights in order to obtain a powerful seal while the Union defends it. Legend has it that when four seals are broken, gods will sow the Seeds of Resurrection upon the earth. The most powerful seal is within a young girl named Furiae. Due to her sad fate, she has become the Goddess of this seal. Her brother, Caim, is a tough warrior of the Union and will stop at nothing in killing the Empire dogs and protecting the only family he has left. However, the Empire continues to grow stronger with each passing day, and what can one hell-bent warrior do against the entire army? As fate would have it, Caim meets up with a red dragon. Despite Caim’s detest of the beasts, he decides to make a Pact with the dragon in hopes of becoming stronger, thus protecting Furiae. From that moment on, the dragon and Caim share the same fate.

I love this story! Not only is the setting in a really dark, middle ages time, but the story is somewhat similar to the very dark and gruesome anime, Berserk. There is a great combination of realism and fantasy, too. I can’t wait to see the rest of it unfold, and I’m only on the fourth chapter. One thing I would change is Caim’s lack of speech. I won’t say why he doesn’t talk, but I think it would be cool to hear the protagonist speak.

Gameplay: 8/10
There are three gameplay modes. I enjoy each one, but not equally due to different flaws in all of them. First off, you have your ground combat. This is when Caim picks one of his MANY (you get a ton of weapons in this game) weapons and lets loose on swarms of enemies. Those who have played Chaos Legion or Dynasty Warriors will feel right at home. Each weapon has a special magic attack, and can get an increase in attack power, combo count, magic power, and shape as it levels up. The maximum level is four. One really awesome feature is that you can read about each weapon as it levels up. All of them have a cool story to tell. This form of combat is my favorite because watching Caim go ape-crazy upon the enemies with various weaponry is totally rocking.

The next type of gameplay is similar to a flight simulator/combat game. Caim hops on board his dragon, and shoots fire balls at all the foes. The dragon can build up a magic bar, and let loose with a deadly magic attack. The dragon can also maneuver swiftly to avoid projectiles. This form of combat is the one I like the least, mainly because you can get overwhelmed at times. You have no ways of recovering your health, and the enemies will be shooting at you from all directions. The controls are easy to use, but it’s just a matter of quick reflexes.

Finally, the last type of combat is when you fight on land as usual, but with your dragon’s help. With the push of a button, Caim will hop on his dragon and let loose against the enemies on the ground. This is a great way to clear the foes away. The only set-back is you won’t build your weapon levels up. Still, tons of fun to torture your enemies with a fire rain.

At the end of each level, you tally up your exp. points. A level up means an increase in HP for Caim and an increase in attack power for the dragon. Overall, the game play is tons of fun. However, they can all get VERY tedious. First off, if you run out of health you have to start back from scratch. Secondly, finding all the weapons can take a long time. However, I have yet to see a game where something doesn’t get tedious.

Characters: 10/10
These characters are totally awesome! Not only is everyone full of angst and craziness, but they all have great history. You can get some allies to join your party, and each one has their own weapon and special attack.

Graphics: 8/10
While simple, the graphics are well done. All the weapons look really cool, as do the characters. They especially look good in the cinematics. Watching them move and use their body language in conversation appears really realistic. The dragon kind of looks a bit…off, but it’s nothing too bad. The environments are dark and bland. Fitting? Yes, but they get boring after a while. There is a definite lack of color in the landscapes.

Music and Sound: 6/10
The music sucks. Yeah, it really does. While fitting with it’s dark, loud tunes they can get really repetitive and end up becoming annoying. Just…no.

Now the voice acting is the best. Everyone has a European accent, and the voices match the characters perfectly. The conversations that go on through the game are full of emotion, and really draw you into the tale.

Replay Value: 7/10
Well, if you want to get all the weapons, all the side-quests, and level up everything then you will be coming back for more many times. I have yet to see what happens after you beat the game, but hopefully it will be something fun. The story isn’t deep enough to go back for more, however.

Difficulty: Hard
This game is hard, especially the very first level. When you’re surrounded by archers and wizards, it’s going to take a lot of maneuvering and blocking to get out alive. Obtaining the secrets can become tricky too. However, you can set the difficulty level from the options menu if it gets too hard for you.

Buy or Rent: Rent
It would be probably better to rent this game before buying it. Some may beat it pretty quickly without going through all of it. After you rent it once, and still want to get everything, then you should buy it. I bought mine before a rental, but that’s just how I do it.

Drakengard is a fun game, and proof that maybe Square merging with Enix wasn’t too bad. The game does have flaws, but it’s still worth checking out. So, hop on your dragon and fly on over to the nearest store to give this game a go.