Finally, Vincent Valentine gets his time in the spotlight. 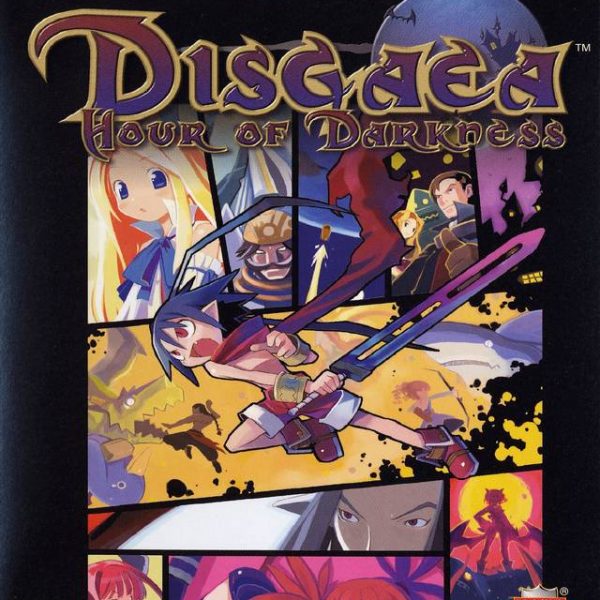 Author’s Note: This review was originally published on August 29th, 2003. It shows, doesn’t it?

Ok, so I heard about Disgaea: Hour of Darkness when I saw the pretty screen shots in a magazine. It definitely sounded like an awesome game, and I was there to pick it up when it first came out. Now I’m enjoying one of the best games out there.

Story: 10/10
The ruler of the Netherworld, King Krichevskoy has recently died. Now, many powerful demons are trying to take over the Netherworld in his place. Krichevskoy’s son, Prince Laharl, has been asleep for two years and missed his opportunity to claim the throne. After his friend Etna tells him the situation, Laharl sets off to get rid of the competing demons and take his place as ruler.

This is a refreshing change of pace because for once, you’re playing for the side of evil. Also, the story is very easy to follow, but will keep you guessing about what everyone’s motivation. The story is original and fun, I really enjoy it.

Gameplay: 10/10
You are stationed at your castle in the Netherworld. There, you can go around and talk to your vassals to see what they have to say about the current situation. Some vassals offer advise. There is a hospital where you recover you health. If you’re hurt bad, it’ll cost you more money. But, if you keep going to the hospital you can get a rare prize! You also have a weapon and armor shop. As your customer rank goes up, you can buy things at a cheaper price. Also in the castle, you can go to The Dark Assembly to recruit new classes or monsters (over 150 in all). Also, you can try to submit proposals such as lower prices at the shop, shoe equipment, more money…the list goes on. The last thing you can do at the castle is go to the Item World. All items have a world inside of them, and by completing the floors of each item, you level it up. This is a great way to build your characters, money, and equipment!

There is so much to do with the features in the game, I can’t even begin to explain it to you. While it all may seem overwhelming at first, you’ll soon find yourself loving everything. If you ever get confused, just go to the easy to read tutorial. Disgaea: Hour of Darkness has great gameplay on the field.

Battles: 9/10
Battles are your traditional strategy/RPG type of battles. You have a large grid, and you move your characters (10 at most) on the grid to attack your enemies. If two allies are together, you can pull off a combo. You can switch characters in and out so you can fight to your advantage. You have a lot more freedom in the battles. What I mean is that if you choose someone to move somewhere, it’s not permanent until that person completes an action. So, you can move one character by a Cleric, have the Cleric cast heal, and then move your previous character back to where he/she previously stood. It’s really innovative. Like normal battles, you gain experience points. As you level up by using a weapon, you learn new Specials for that weapon (sword users get Hurricane Slash, for example). The characters in the story, such as Laharl and Etna, get their own personal set of skills in addition to the weapon skills. And let us not forget the magic! As you use a spell more and more, you can level up it’s range. And as you grow, you get new spells! You can also throw your friends or foes to a certain area. The next interesting thing are the Geo Panels. Basically, they’re areas where you get a certain condition placed upon you. If you’re on an Attack +1 panel, you or an enemy will attack twice. Geo Panels can also be destroyed, and if you cause a massive Color Chain Reaction, you get a huge bonus. Speaking of a bonus, you are rewarded with items and money at the end of each battle depending on how well you do.

My only complaint about the battles is that the Geo Panels can really be a pain. Also, the battles can sometimes be a bit too difficult. Still, Disgaea: Hour of Darkness has taken the classic system of strategy/RPGs and improved on it for the PS2!

Characters: 10/10
I love the characters! They’re all so funny and have the most humorous dialogue I’ve read since Okage: Shadow King! There are many characters too, so I guarantee that you’ll be laughing at someone!

Graphics: 10/10
I’ve always wanted to play an anime. Disgaea: Hour of Darkness has allowed me to do so! The characters are crisp and colorfully detailed anime sprites. The way they move is quite flawless. Also, the spells and skills are very awesome. The weapons change, depending on what you have equipped, and each detail is accounted for. The backgrounds are beautifully painted water-color back drops. Many skeptics might say that they don’t use the power of the PS2. Tsk, for they’re well done and show the world that you can still rock in 2D.

Music and Sound: 8/10
The OST is fully of quirky tunes. They have this Netherworld feel to them, which is appropriate. I do enjoy some, but they can get repetitive. I feel the music is the lowest part of the game.

The voice acting (you choose English or Japanese) is top-notch, done by pro actors. Also, the sound effects in the game sound really great.

Replay Value: 5/10
There are multiple endings to the story line, so you’ll probably start again and try uncover the endings. Also, you can try to unlock all the classes or master new weapons. There is a lot of replay value, but you won’t start a new file after finishing your first file.

Difficulty: Hard
The learning curve for this game is difficult to grasp at first, especially with the Geo Panels. But once you get the hang of everything, you’ll find yourself really enjoying the game. The battles themselves can be quite tricky, especially in the Item World. However, a little leveling up never hurt anyone.

Buy or Rent: Buy
This is a buying game. All Atlus titles seem to disappear, so pick this one up and play it before it’s too late.

Disgaea: Hour of Darkness is a great game that revolutionizes turn-based strategy/RPGs. With tons of features, a great story, and funny characters you’re going to love being evil. And remember, when a penguin says ”Dood”, you should probably run away.