SaGa: Scarlet Grace Ambitions is unlike any RPG you have ever played. 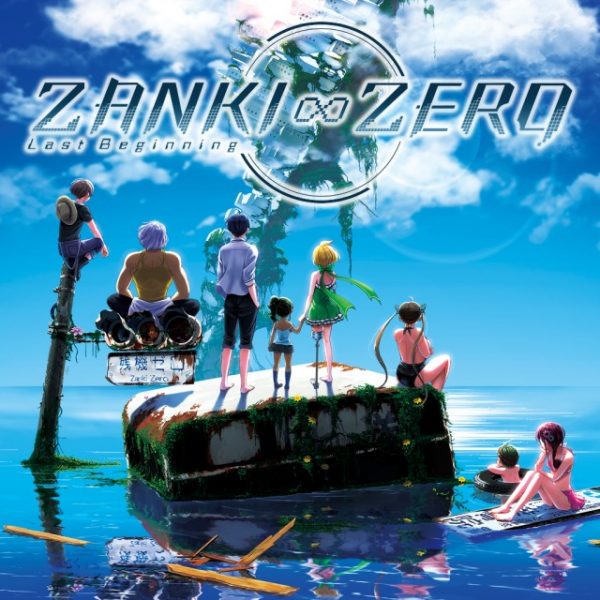 With a title like Zanki Zero: Last Beginning, it’s hard to picture what sort of game players are in for. The Japanese kanji used in the first word, “zanki”, suggests remaining (zan, 残) energy/life/qi (ki, 気). Then, with the word zero following it, one is lead to believe that the game has something to do with an absolute loss of life. That would be semi-accurate because the game takes place in a post-apocalyptic world where humanity has been wiped out. Sort of. Really, there’s a lot going in Zanki Zero’s tale that makes it worth a look. The story is top of the line. Spike Chunsoft never disappoints in this department. The bad news is that playing the game is required to see the story unfold, and doing so is never fun.

Looking at Zanki Zero from a high level, we’ve got a beautiful looking game that has excellent graphics, music and voice acting (English or Japanese). You’ll explore what remains of Earth in the form of a ruined hospital, school, mall, and more. Within the creaky caverns are bizarre mutants that look like they came from something like Silent Hill. Their desire for blood combined with their haunting habitats make excellent atmosphere. Outside of these ruins, you’ll be spending time in a tropical paradise that acts as your home base called Garage Island. If not for the wild beasts, Garage Island would be the ideal place for a vacation. The sand is white, the sky is azure and the ocean is clear. Finally, characters move expressively and the few CGs are well drawn. Note that there’s a lot of blood, violence, and gore so folks that get squeamish should proceed with caution.

Even without the viscera, Zanki Zero’s story is still not for the faint of heart. The game begins with the focus on Haruto Higarashi, a publisher about to commit suicide. We’re lead to believe he jumps to his death, but the scene immediately shifts to him waking up on a tropical island along with seven other strangers. The introductions are awkward, but things get even more awkward when Haruto and the others realize that their bellybuttons have been replaced with metallic, X-shaped devices. Everyone is confused and has questions. The good news is that a CRT TV flickers on and airs an anime styled like an educational cartoon called Extend TV. Hosted by mascots Sho and Mirai, the program explains the situation to these eight individuals: Haruto and the others are the last eight survivors of humanity. Something from their past has bound them together. They need to figure out why they’re here, and more importantly, how to survive as the last humans on the planet. The hard truth is that calling Haruto and the others humans isn’t entirely accurate; they’re actually clones of their former selves. With nothing but the 70’s style anime guiding them, the remnants of humanity will discover their truths, their sins, and what ultimately lead to the apocalypse.

It’s a lot to take in for both the characters and the player. Lots of information gets dumped on you the moment you begin. Zanki Zero’s story is divided into phases. Each phase is centered around one of the eight survivors. Getting closer to the truth means learning about their pasts. You’ll see themes of incest, bullying, murder, domestic violence and more as the journey carries on. Despite the possible taboo and high shock value, the story is fantastic. It has edge-of-your-seat writing that will make you insatiably crave what happens next. It never loses momentum, either. Learning about each character, the origins behind Extend TV, the state of the world, and more is almost enough to make Zanki Zero worth struggling through.

*sigh* Almost. As much as I want to recommend checking out the game for its story, an equal part of me wants to warn people to stay far, far away. Zanki Zero is not a fun game. It has nifty ideas, but none of them work. Zanki Zero combines dungeon crawling, survival horror, action-RPGs, and life simulation into one messy product. One of the goals in Zanki Zero is to keep your eight clones alive as long as possible before their two week life cycle ends. Death is part of the game’s design. Everyone will die to any number of causes. The good news is that it’s easy to revive characters. The game explains early on that clones have been given the ability to revive thanks to the Extend Machine. With it, your team can respawn an infinite number of times. To add some flavor, dying a certain way the first time allows you to earn a bonus called a shigabane. For instance, dying of poison will grant you resistance to poison the next time an enemy attacks with poison.

But, what happens when the enemies continue to do that again and again? What happens when you fail to monitor your characters’ stress, hunger, thirst, and bladder? What happens when you keep dying to the same boss because upkeeping your gear takes too many resources? What happens when you have to retrace your steps to find the gear your dead clone left after getting struck down yet again? I’ll tell you what happens: frustration. The constant need to revive your teammates adds unnecessary padding to the game. As a result, you’re prevented from continuing to enjoy the story. Character death is just the tip of the iceberg, too. You need to build your base with items; many of which are rare drops. But don’t try to carry too many of them all at once since characters have a weight limit. Overload them and they won’t be able to move. Combat, done from a first person point of view, is another issue. Enemies hit fast and hard, whereas your team of clones have to aim attacks using a finnicky reticle and wait a few seconds after an attack (think Secret of Mana) to strike again. Leveling up grants Skill Points for passive bonuses, but none of them feel rewarding. Eventually, they’ll earn additional powers through organisms called Cliones, but these too have their share of issues. To top of this all off, every ruin you explore is an oversized maze with (mostly) uninteresting puzzles and very few shortcuts. Now, there is some good news: you can curtail most of this by setting the game to the lowest difficulty. I highly recommend doing this the moment you begin. Otherwise, you won’t be able to adjust the difficulty until you finish the first phase. You’ll still have to put up with your team dying/reviving since finishing each ruin requires you to have all eight characters alive. In other words, you’ll still be making frequent trips back to your base to use the Extend Machine.

It really is a shame. There’s so much nonsense in your way that prevents you from witnessing the game’s best feature. In fact, Zanki Zero would have been exponentially better if it were simply a visual novel. Instead, it’s a cluster of genres that don’t mix well. It might have seemed like a good idea to mix all those genres but Spike Chunsoft failed. My total time on the lowest difficulty was 25 hours, but it felt longer with all of the return trips to use the Extend Machine. Getting lost in some of the later ruins didn’t help, either. I can only imagine how much longer it would be for those that decide to play on standard difficulty. Or, worse yet, how much longer it would be for those that try to get all of the trophies or achievements. Thus, it’s hard to recommend Zanki Zero: Last Beginning. The story is magnificent and worth a read, but seeing it through requires an endless supply of patience.

Overall, 3.5/10: Points for presentation. Major points for story. Otherwise, Zanki Zero: Last Beginning is a game that isn’t worth playing.