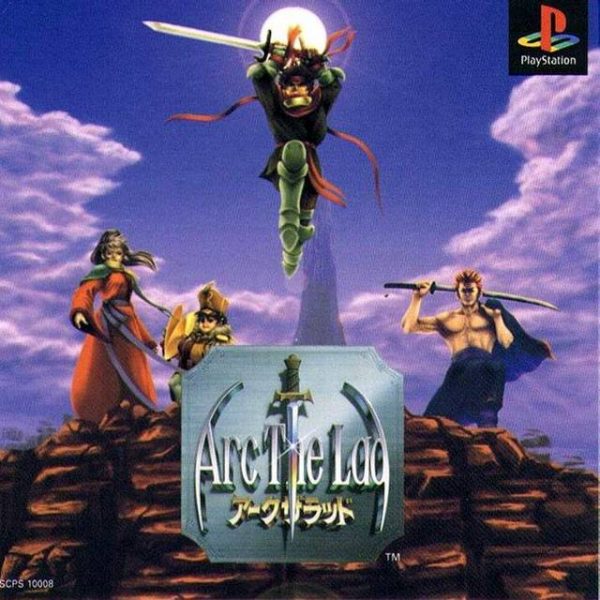 My review for the Arc the Lad Collection will give you, my dedicated reader, a small idea on what to expect, but this review will focus entirely on the first entry in the series. For those of you who don’t know, Arc the Lad was one of the first RPGs for the Playstation. After much struggle, Working Designs finally got the localization rights to it, as well as the second and third installments. This is a good thing; Arc the Lad is a very short RPG. Despite it’s strong narrative and characterization, Arc the Lad is over right before it feels like it’s picking up pace. Of course, there are some side-quests that extend the length. If you don’t partake in them, this means that you’ll want to hop from adventure to the next. Don’t worry, you can. For now, we’ll focus on this entry that does a good job at setting the stage for what follows: an epic adventure the likes you will never experience again due to the terrible way video games are these days. Yeah, I’m still bitter.

Arc the Lad begins in the small village of Touvil, where our young, titular character decides to follow his father’s footsteps and embark on an adventure. His timing is impeccable, because young Kukuru of an ancient tribe has just extinguished a sacred flame that held the world at peace. Arc now has to fulfill his newly realized destiny. Leaving his mother behind, he heads to the castle in Palencia to travel the world and restore it to it’s former glory. He has his work cut out for him. Diabolical humans and ravenous monsters are out for blood. Humans have caused severe devastation due to their greed. And only those who are pure of heart can make things right. The story arc (get it?) is a basic premise. What drives it forward is the excellent and surprisingly tame translation thanks to Working Designs. Arc the Lad is only ten hours long, but by the time the game ends, you’ll feel like you know most of the characters inside and out. The personalities of Arc, Kukuru, Poco, Tosh, Chongara, Iga and Gogen are all unique from each other and bring something fresh to the genre.

During a good chunk of this ten hour quest, you’ll be battling. Exploration and interaction with townsfolk is quite minimal in Arc the Lad. Luckily, the battle system’s simple yet elegant design makes you look forward to the next battle in lieu of resting at an inn or going to a shop. Arc and his friends start off at random points in the battlefield. Taking a cue from strategy RPGs, your characters have a range in which they can move. As their level increases, their range and ability to jump over obstacles increases. When you’re next to an enemy, you can hit the X button to attack. Press the square button to access the item menu. Hitting the circle button will bring up your ability menu. Each character has unique magic and skills that level up as you do. Near the end of the game, you’ll forget about the basic attack because the amount of space a special skill takes up will destroy a horde of monsters. You can also change your character’s equipment at any time. While Arc the Lad can be challenging in a few instances, the majority of the game is easy. This is especially true if you do the optional dungeons and battles. Characters level up with ease as it is. The optional content will make them unstoppable. In the end, the battles are quick to begin and quicker to finish. Unlike other SRPGs, Arc the Lad’s battles take little time.

Battles aside, Arc the Lad is straightforward. On the home screen you can save your data, pick a destination and advance the story. Arc and his comrades will travel a beautiful 2D world filled with magic and technology. The sprites in Arc the Lad look a bit distorted, but they still have exceptional detail, color, motion and design. Arc the Lad also feature a unique art style that combines anime with realism. Accompanying the graphics is great music and sound. Instead of using American voice actors, Working Designs stuck with the original Japanese voice actors. Battle cries and spells are yelled with enough force to shake the ground. On that note, I should mention that Kukuru’s cry after getting attacked cracks me up.

Arc the Lad’s only downfall is the length. The last few bosses will come and go before you know it. Like I said, there are some bonuses you can do before finishing. These include an optional dungeon that is 50 floors deep (and lacking in save points), a battle arena with 1000 enemies to defeat, trivia and other quests can easily add a good ten hours of game time. It’s your call. If anything, Arc the Lad gives you a taste of what’s to come in the allegedly awesome Arc the Lad II. Needless to say, I’m excited to dive headfirst from Arc’s adventure into Elc’s. Until then, be sure to play Arc the Lad so you can enjoy the start of a fun adventure!