Arc the Lad III is the thrilling conclusion to the adventures started by Arc and Elc. 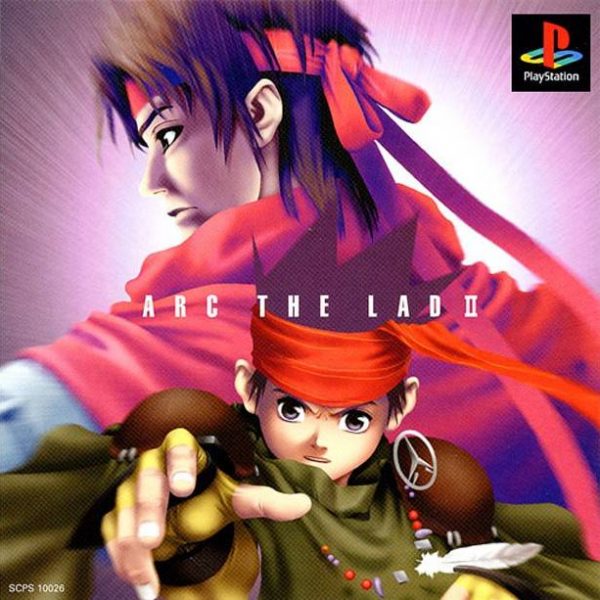 If there is a rule of three for celebrity deaths, a rule of seven for good luck, and a rule of eleven for numerologists to debate what really happened at The World Trade Center, then from this moment on there is a rule of two for RPGs. In my experience, a majority of RPGs with the big two next to it is fantastic. Examples include Legaia 2, Lunar 2, Grandia 2, Wild Arms 2, Breath of Fi-well, I did say, “majority.” Arc the Lad II is part of this majority. It is a fantastic game and, as the score suggests, is perfect. Ok, it’s not perfect, but it’s damn close to it. If I were to use those magic numbers and rate each category of Arc the Lad II, then the average would round up to ten. It just goes to show you that games aren’t what they used to be anymore.

At the end of Arc the Lad, we saw Arc say goodbye to his honeypoo Kukuru and head off in the Silver Noah to do more research on the Romalian Empire. Meanwhile, Kukuru stayed behind to help stall the resurrection of the entity known as The Dark One. Arc the Lad II picks up on a different part of the world: the land of Prodias. Here, we meet our new protagonist, Elc. A member of an ancient tribe that can control fire, Elc works as a bounty hunter to make living. Furthermore, he suffers from recurring nightmares that may be the secret to unlocking his tragic past. During a mission, he encounters a girl named Lieza. This blond bombshell has the ability to communicate with animals. When Elc refuses to give her back to some thugs, the two are on the lam and have to get geared up for an epic adventure. And I do mean epic. Seriously, Elc and Lieza might start hunting slimes in a sewer for a few pennies. However, around 60 hours later, you’ll be fighting for the survival of the world. During this time, not only do the folks from the first Arc the Lad (save Kukuru and Chongara) join you, but Elc meets more fantastic characters. There is Shante, a singer at the bar who has a knack for espionage and stilettos. There is also Gruga, a mighty warrior who wants to cure his daughter’s blindness. Working Designs spent years translating this part of the Arc the Lad Collection and their efforts show. The script is magnificent and the characters, both new and old, develop into phenomenal heroes. As per usual, the NPCs have witty things to say. If you switch the lead character, the NPCs will say something different. Text and story is not lacking in Arc the Lad II and the best part is that it hits the ground running. You’ll never find yourself bored. I can promise you that.

In fact, exciting is the key word for the rest of Arc the Lad II’s features. The greatest improvement since the first game is the game play. Battles were left unchanged for the most part, but there are some nifty things to mention. Lieza can capture monsters which can be used in battle. Weapons and armor level up as they get used. Returning characters have new skills, certain characters can equip ranged weapons like spears and guns, and you can now select the level of magic you’d like to use. Confused? Well, magic can reach up to level three. If you use a spell or skill at level three, the range and damage increases, but so does the MP cost. It’s a great way of making use of the strategy aspect to this otherwise basic SRPG. All characters learn unique skills, but the best part is that characters can acquire additional skills after you meet the mysterious Mother Claire. One final thing to note is that certain characters aren’t stifled to just one type of weapon. Elc is a spear user, but he can also swords and certain axes. Needless to say, battles are always fun. This time, they are also challenging. Arc the Lad was a very simple game, but Arc the Lad II has upped the ante in terms of difficulty.
Battles are similar, but exploration is not. A true RPG, Arc the Lad II does exploration right. On the world map, you can head to various locations. Towns are a blast. The basics like the inn, shops and bar are there. The Hunters Guild is where some serious fun happens. By taking on requests or hunting wanted monsters, Elc will earn money and merits. When you get enough merits, you’ll be treated with a special surprise for only the most elite of hunters. Usually, a guild can be seen as something to take up space with mindless fetch quests. This isn’t the case with Arc the Lad II. Some missions will have you hunt down a monster nest; others will have you rescue people from captivity. These 58 tasks are all different from each other and add substantial fun to the game. They make the perfect distraction when saving the world gets too tiring for you.

The graphics in Arc the Lad II are a replica of those in Arc the Lad, with just a hint of extra color and animation. By animation, I mean wind. Lots and lots of wind. Even when half of your characters are trapped in an underground shrine, the wind blows their hair and outfits in style. It looks more over the top than your favorite anime, but man is it awesome. FMV sequences move key events of the story forward. I was bummed to learn that there would be no characters involved in these, but it doesn’t stop them from being entertaining.Just like the first game, Arc the Lad II’s cast speak Japanese during battle. Many of the musical numbers from Arc the Lad have made a return in part deux, but there are plenty of new ones, as well. The music is as great as ever.

It’s in your best interest to do it all in Arc the Lad II. With 60 hours of quests, guild missions, wanted monsters, tons of bonus dungeons and two secret characters, you’ll be busy for a fair amount of time. You’ll also be glad you went the extra mile when you reach the final boss. The rumors about him being difficult are somewhat true. While he’s not strong, per se, he’s got more energy than you can shake a stick at. This is why it’s important to do it all: you’ll have a fighting chance against him and not have to worry about running out of resources. Once you do land the final blow on that jerk, you will witness a wonderful ending fitting for a wonderful game. Arc the Lad II is one of the best games I’ve played this year because it has it all: great characters, great story, great battles, great side-quests, great customization, great graphics, great music and great length. If I had to nitpick and point out some flaws, I’d struggle. Sure, the item inventory space is limited and there are times the difficulty might spike a few notches up in difficulty. However, these two “flaws” never bothered me. Heck, nothing bothered me in this fabulous title. Arc the Lad II is a game no RPG player worth his salt should miss. Whether you hunt down the Arc the Lad Collection or head over to the PSN store, you’re in for thrilling ride with Arc the Lad II.