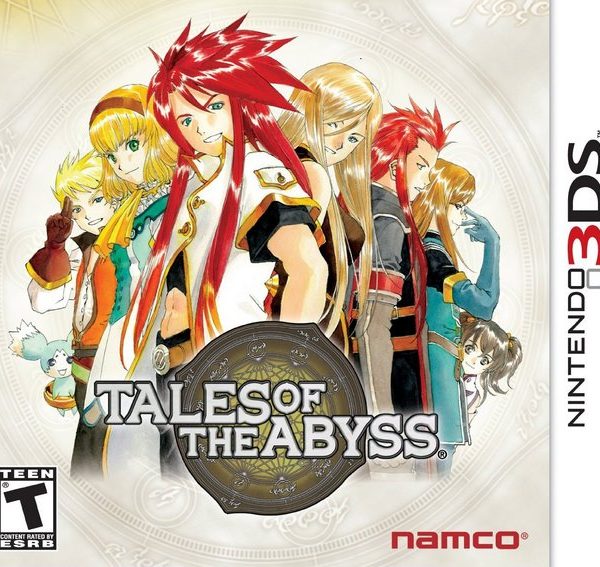 Months before the 3DS was released to video game stores, it was announced that it would be getting an enhanced port of Tales of the Abyss. This Playstation 2 title had everything Tales fans could ask for: a great story with fantastic characters, battles that were fast-paced and exciting, and a huge variety of extras that culminated to a 60 hour game. It was a wonderful adventure, and the chance to play an enhanced port on the go seemed like a good idea. For the most part, it was a good idea. However, there is nothing about this enhanced port you haven’t seen before. Heck, there is nothing “enhanced” about it. If you have played the Playstation 2 version of Tales of the Abyss, then you played the 3DS version. The question you’re asking yourself is probably this: should I bother playing the 3DS version if I already played the Playstation 2 version? The answer is yes, not only because of my bias towards the Tales series, but because Tales of the Abyss is a great game in its own right. Playing it on the go makes it a perfect travel companion, especially considering the lack of RPGs on the 3DS.

The only major difference between the Playstation 2 version and the 3DS version of Tales of the Abyss is the fact that you can view the game in 3D!!! on the 3DS. Oddly enough, this differing feature is actually the worst feature. Your eyes will hate you with a fiery passion if you try to read the text balloons with the 3D on. Even the battles with all of their glitz and glamour are eye-straining in 3D. Really, this port could have been made for the original DS. Of course, Tales of the Abyss still looks as lovely as ever. Realistic character models designed by Kosuke Fujishima display detailed facial expressions and movements, and the colorful style still has all that you remember that made Auldrant so memorable. Whether you’re in a battle or in a town, Tales of the Abyss still looks great. Just remember to keep the 3D turned off. A final note: the script and voice-acting are the exact same. Yes folks, that means Johnny Young Bosch is back, voicing Guy Cecil and stealing hearts all across America.

Those who are new to Tales of the Abyss probably just scratched their head after reading the word “Auldrant.” Auldrant is the world that sets the stage for Tales of the Abyss’ excellent story. Instead of matter and atoms, Auldrant is held together by components known as Fonons. People living in Auldrant use Fonons for everyday life and follow a prophecy known as the Score. As long as people follow the Score, it is said life will be prosperous. The Score mentions that a man named Luke fon Fabre is necessary to bring forth a prosperous future for Auldrant. Luke is an heir to the Kingdom of Kimlasca-Lanvaldear’s throne. Years ago, he was kidnapped by the kingdom’s enemy, the Malkuth Empire. The shock of this kidnapping caused Luke to forget his past, and his return to the Fabre Manor hasn’t been the most healthy experience. Spoiled rotten, naive, and unsure of who he truly is, Luke is about to realize how important his role is for Auldrant. Despite me playing through the story multiple times before the 3DS version, I still enjoy watching it unfold each time. Luke and his crew start off as a traditional bunch of characters and develop beautifully near the end. The unfortunate parts of the story are still present in this version: skits that lack voice acting, a lethargic introduction and annoying backtracking from town to town. Give the game a few hours, and the story will start to move at an exciting, brisk pace.

Still, nothing in Tales of the Abyss is more exciting than the battle system. Tales of the Abyss features a classic real-time battle system that lets you create insane combos and defeat enemies in style. At first, battles are basic. You take a character, perform a three hit combo, follow it with a special attack called a Base Arte, and follow the Base Arte with an Arcane Arte. As you progress, you’ll learn new Artes. Magic also plays an important role. Characters like Jade and Tear can cast powerful spells as well as execute their unique Artes. Spells and Artes can be enhanced with Fon Slot Chambers, which are color coded spheres that add unique effects. As levels increase, so do statistics. Once a character’s set of stats reaches a certain number, they will learn AD Skills. There are tons of these passive abilities that let your characters conserve magic points, increase strength, add combos, prevent ailments and other things of that sort. As damage is dealt, your characters will eventually be able to enter Over Limit mode. Not only does this make it so your character doesn’t get knocked back, it allows your character to perform a powerful Mystic Arte that causes high damage. The feature in Tales of the Abyss that makes its battle system different from others in the franchise is the Field of Fonons system. As elemental skills get used, white rings with elemental icons appear beneath their landing point. When a high level spell or two weaker level spells/Artes get used, the ring turns the color of the corresponding element. When an Arte or spell is used within these rings, that Arte or spell will transform and become more powerful. Field of Fonons adds a new level of strategy to the game and discovering how one ability transforms into another, more powerful ability keeps each battle unique. Enemies can do the same thing with FoFs, and certain bosses can enter Over Limit mode and perform Mystic Artes. Despite this fact, Tales of the Abyss remains one of the easier games in the franchise due to a skill called Free-Run. By holding down the R button, your character can literally run circles around an enemy, causing him/her to whiff an attack. While it takes away from any challenge on Normal and Hard modes, it becomes a necessity in more difficult modes. All in all, battles are a blast and the feature that will keep you coming back for more. Like the story, things begin at a slow pace. Eventually, the characters obtain more powerful abilities, AD Skills, Fon Slot Chambers and more to make the battles intense.

Battles play an important role in Tales of the Abyss, but there are other things you can do when you’re not hacking foes to pieces. The classic Tales cooking system is back, as well as the ability to earn various Titles for each character. Certain Titles give the characters new outfits, which always adds a nice aesthetic to the game. The coliseum makes a triumphant return, and bonus dungeons will be available upon finishing the game at least once. A huge batch of side-quests will open up as you progress through the game. Unfortunately, a bunch of them can be missed if you’re not careful. Furthermore, some of the more involved side-quests will make you search for a guide/FAQ to reach the end and others provide you with mediocre rewards. Still, it all adds up to a satisfying, nearly 60 hour long quest that will keep you busy until the very end.

It’s important to remember that there is nothing new in the 3DS version of Tales of the Abyss. That means the good, the bad, and the ugly are all still there. Jade is still awesome, battles are still fun, skits still lack voice-acting, the quest still lasts a long time and everything else that made Tales of the Abyss unique. While the 3DS version would have been the right opportunity to make Tales of the Abyss perfect, the fact that a Playstation 2 game can now be played on the move almost makes up for the lack of new content. Thus, you should pick up Tales of the Abyss, regardless of your familiarity with it. First time Tales players will find that Tales of the Abyss is the perfect place to start getting into the series. Veterans will be able to relive some awesome memories anywhere they please. No matter which way you look at it, Tales of the Abyss is a great RPG for all to enjoy.