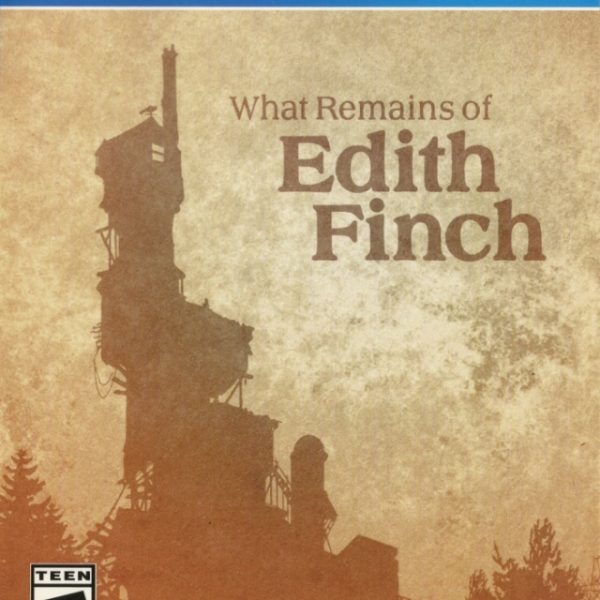 When I was purchasing What Remains of Edith Finch, the employee behind the counter looked at me with wonderment. She said that I am making an amazing choice. Her sincerity was what made me decide to bump Edith Finch to the top of my playlist. I didn’t bother looking up reviews or articles for it – I wanted to blindly dive in. Within the first few minutes of playing, I realized that Edith’s story should have been told through a different medium. Discovering the truth behind the Finch’s is intriguing, but it’s not fun.

Edith Finch has returned to her family’s massive home on Orcas Island. As a mother-to-be, she wants to discover the truth behind her family so she can pass the knowledge to her child. The deceased Finch’s believed that they were cursed; Edith is the only one left. The premise was fascinating. In fact, I was expecting a grim, macabre tale about a family curse. Instead, it was a saccharine, overly sentimental journey where Edith tried to romanticize the deaths of her deceased family members.

Going through the family tree was a methodical ordeal. The “creative process” from the developers at Giant Sparrow caused players to slowly chase a dangled carrot on their journey to the truth. This was apparent from the moment you took control of Edith. What Remains of Edith Finch is played entirely in the first person. As Edith, you slowly move throughout the massive Finch house. As you do, Edith will narrate her thoughts. Actual gameplay outside from movement is simple. Edith will find objects to interact with, which is done with the press of the shoulder button.

As Edith moved through the her old home, the perspective would change at certain points. Players will experience the final moments of each family member on the day they died via vignettes. This is where the game could have really shined. And at times, it did. Barbara Finch, Milton Finch, and Gregory Finch had vignettes that captured their last moments in an interesting way that managed to be engaging. Some vignettes were tedious, but otherwise inoffensive in getting to the point.

Sadly, the majority of the vignettes prove the Giant Sparrow tried too hard to be dramatic. The monotony of the gameplay combined with the fruity narration made me go from interested to disengaged. Instead of feeling for the family member during their last moments, I was ready to move the heck on because I either figured out the cause of death OR got tired of getting to the cause of death. The most offensive was Lewis Finch’s story. His narrative was a slog of repetitive motions, but it also tried to ennoble his cause of death with flowery writing and insensitivity. I won’t say what happened for the sake of spoilers, but I will say this: I don’t get offended easily. Lewis’ vignette offended me.

With all of that in mind, it’s hard to appreciate the moments when What Remains of Edith Finch delivered. The game’s set piece was gorgeous. There was so much to see on Edith’s journey both in and outside of the house. Sadly, the actual characters looked goofy. It’s hard to take the narrative seriously when the Finch family’s character art looks like they belong in the next Toy Story. The music was relaxing, haunting, and pleasant. But, this created a disconnect between the gravity of the situation. These are, of course, minor nitpicks. The presentation was overall excellent.

Despite all the tedium, What Remains of Edith Finch is short. You can finish the game in about three hours. When finished, you have the opportunity to go through any of the vignettes from the menu screen. This let you replay them without having to start from the beginning. What Remains of Edith Finch has an easy trophy list for those that wish to partake in trophy hunting.

After finishing, I learned that it won a variety of game awards. Critics described it as beautiful, artistic, and remarkable – among other things. I find this difference between me and the “popular opinion” fascinating. I thought about Edith’s character before her return to Orcas Island. I pictured her telling her friends that she was going back to her old house to discover the truth of her family. Most of them would tell her that it was a bad idea. But, she had to see it through her own eyes. Similarly, if you were to ask me, “Do you recommend What Remains of Edith Finch?” I would say that it’s a bad idea and recommend something else. But, would that stop you? After all, dissuasive opinions wouldn’t have stopped Edith. Just like Edith’s sojourn through her family’s lineage, you really need to experience the game for yourself to decide where you stand.