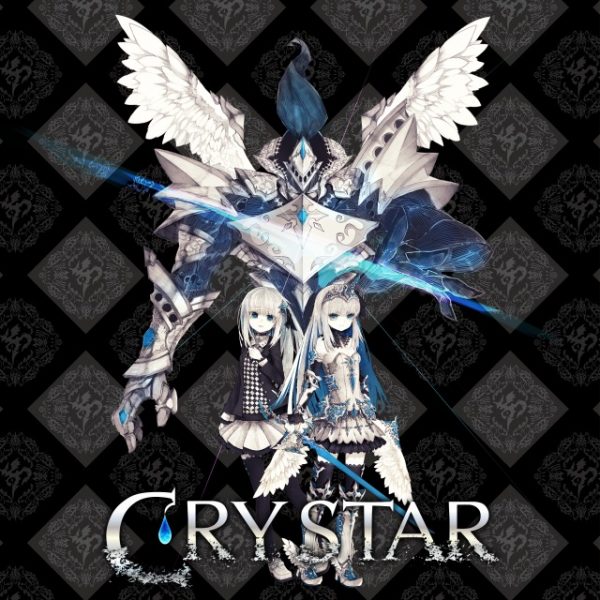 Crystar puts you in the shoes of a girl named Rei Hatada. On what seemed like a regular day, Rei awakens in a bizarre, surreal world called Purgatory. She’s not alone; her sister Mirai is there, too. As the two of them journey through this strange world filled with souls in the form of butterflies, Rei unintentionally kills Mirai. Rei signs a contract with two creepy ladies named Pheles and Mephis. By doing so, she is promised that she grant Revival to her sister. The cost? Rei must become an Executor: a servant of Purgatory.

The story starts strong, and its momentum mostly continues until the end. The interesting thing about Crystar’s structure is that it makes you think that the game ends when you reach a certain point. But, things will restart in familiar territory. The next time the journey continues, there are subtle differences. All of this shapes up to create a magnificent story that will ultimately answer all of the questions that popped into your head the moment the game begin. Crystar’s conclusion is fulfilling. The journey to get to it, however, is one that requires patience.

Time spent in and out of combat in Crystar is enjoyable in small doses. Otherwise, it’s dull. It just depends on how much repetition you can take. That’s not to say it’s bad. In fact, there are some neat ideas in Crystar that make Rei’s journey even more personal. After the introduction scenes, you’ll get a general idea of what combat will be like throughout the entire game. The square button performs weak attacks. The triangle button performs strong attacks. You can dodge, jump, and use special skills and spells. A gauge on the lower left of the screen will fill up as you deal and take damage against enemies large and small. When it’s full, you can activate your guardian. These double your power and prevent you from flinching. Over time, Rei gets joined by other characters that can be swapped with the push of a button. Each has their own set of moves and their own guardian. Combat isn’t groundbreaking or deep, but its functional. Eventually, the monotony will ware out its welcome since it boils down to a non-stop, button-mashing affair. Even boss battles are a let down since they’re big damage sponges.

Combat’s salvation comes with battling Revenants. While they look like regular enemies, they’re actually lost souls that still have some of their humanity. They’re in Purgatory trying to obtain Revival. When you kill Revenants, you’ll obtain Memoirs. These shed light on the person behind the fiend. Thus, Rei is killing other “humans” to fulfill her goals. When Rei returns to her room after a mission, she will cry for these Revenants. Her tears will personify their remnants. This turns them into new weapons, armor and accessories, which can all be enhanced. The most interesting thing is that you can read the history of each Revenant . You’ll learn who they were and how they ended up in Purgatory. It’s fascinating.

There are other things you can do in Rei’s room. You can listen to unlocked music, play with Rei’s adorable dog, take on extra missions, or change outfits. But, even playing with new gear or trying on new clothes can get redundant. Even Crystar’s look will become tiring. Make no mistake: Crystar is beautiful. Characters move well in the varied layers of Purgatory. But, there’s a lot of recycled assets and palettes. Areas tend to overstay their welcome, so you’ll need to get used to seeing the same scenery. However, there are times when the game’s narrative switches to a unique “kid’s drawing” motif. These are a treat because they’re both endearing and eerie at the same time. Crystar’s music is enjoyable, but ultimately forgettable. The game can be played with either English or Japanese voice acting. I prefer the Japanese since the game features characters living in Japan. Both options sound great.

Crystar will be as short or as long as you want it to be. If you’re in it for the story, then you can set the game to Easy and finish in about 25 hours. Finishing the game unlocks new outfits and a boss rush mode. If you’re in it for the long haul and want to gather all the Memoirs (and, by extension, all the trophies) then you’re looking at a much longer campaign. Remember, Crystar is the type of game you play for the story. As janky as the game play can be, I am hopeful that Gemdrops Inc. can continue to create. With some extra budget, Crystar’s game play could have matched the story’s high caliber.

Overall, 7/10: Rei Hatada’s adventure is emotional and embittering. But, it will reward those that see it through to the end.