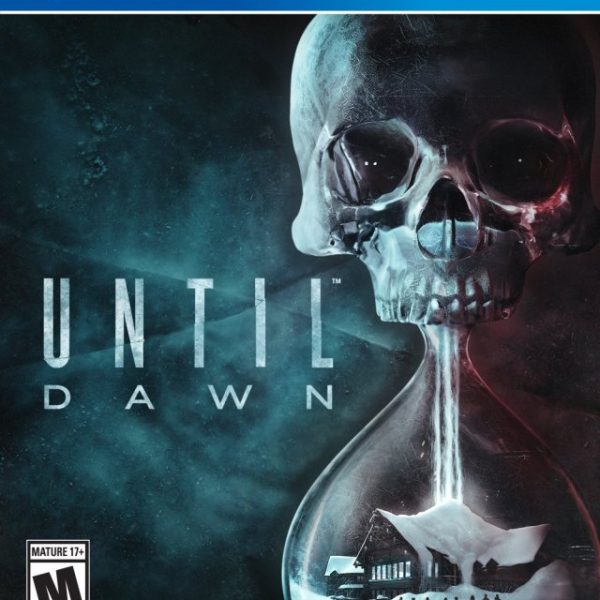 In Tales of Xillia 2, Ludger Kresnick was able to make a variety of choices that could influence his future and those of his friends around him. Similarly, the choices you make in Quantic Dream’s cinematic, interactive titles such as Heavy Rain will decide whether or not the Origami Killer will get away with murder. Finally, in the underrated espionage RPG Alpha Protocol, your choices alter everyone’s views of Michael Thorton and his fate within the organization. The ability simple power of choice during the middle of a sequence is an important part of video games. I recently finished a game where the choices you make impact who lives, who dies and the dialogue of the story. Until Dawn is an interactive video game that pays homage to teen-slasher films due to its silly dialogue, jump scares, gory deaths and a group of friends that act as irrationally as you would expect. But, the real fun comes from discovering the truth and making split-second choices that will impact the plot.

Until Dawn opens with an upscale lodge owned by the parents of Josh Washington and the twins Hannah and Beth Washington in snowy Blackwood Pines. The Washington siblings and their friends have gathered to the lodge to spend the weekend and enjoy one another’s company, but not without some drama. Hannah gets pranked and runs out of the cabin in humiliation. After Beth catches up to her, an unseen figure runs chases them to an icy cliff. The twins are never heard from again. One year later, Josh hopes to gather the friends together again in an attempt to heal and move on from the traumatic events with his sisters. Can these friends survive another weekend in this cabin or will the person responsible for the disappearance of the Washington sisters return? It’s a great story that starts strong and builds momentum like a good horror movie should. The story’s events can change depending on the choices you make as you take control of each friend during the game’s ten episodes.

In the game’s opening, you take control of Beth and learn the simple controls. As you move your character you can examine objects and interact with certain parts of the environment. Throughout the game there are collectibles you can find that will piece together information about the Washington family, the history of Blackwood Pines and the events leading up to the prologue. One of the most interesting things you can find are parts of various totem poles that act as warnings to potential outcomes. Until Dawn features The Butterfly Effect system. By deciding to do or not to do something, it could cause consequences much later in the game. Most of the choices seem inconsequential, but you’ll realize that is not the case.

Of course, you don’t have time to think about half of your decisions. If you’re being chased, do you run or do you hide before the time runs out? When you’re climbing a cliff, you have to be ready to press one of the face buttons during a quick time event. At one point, some of the characters will find a weapon and you’ll have to aim before something hostile reaches you. However, in the event that you make the wrong choice, it doesn’t mean game over. It just means that you made a decision that will take the story in a different direction. This means Until Dawn is a game that is meant to be played more than once.

Fans of Heavy Rain will feel right at home with Until Dawn’s controls and systems. They will also appreciate the game’s look. This is a gorgeous game that used motion capture technology and a cast of great actors and actresses to bring the story to life. The cast includes Hayden Panettiere, Nichole Bloom, Brett Dalton and other well-known faces. Despite the large cast, each character is different and their fate is in your hands as they explore eerie (and frigid) locations. Of course, the death scenes are over the top, bloody and always a sight to behold. They’re especially fun when they happen to a character you have grown to despise. One final thing to mention about the game’s look is that certain aspects of it will change based on decisions you make during the game’s “intermission” scenes with a therapist. This mysterious man will ask you a variety of questions that will subtly shape the environments. My one complaint with the game’s looks comes with the character’s outfits. While each character has a modern, stylish look that helps give them more personality, none of them wear gloves. Seriously, the game is set in the middle of winter and most of the time the characters are either outside or in an area with no heat. Why aren’t they wearing gloves?

The music in Until Dawn is just what you would expect from a horror movie. Mainly consisting of violins, cellos and bases, the music ranges from soft and foreboding to intense and manic. It all depends on the current situation. The composer did a great job of setting the mood for every circumstance the cast has to deal with. Obviously, the game is entirely voiced. I’m guessing the script was meant to be viewed as equal parts campy and serious and not to be taken too seriously. Some of the lines thrown around are too off the wall to be believable. However, it adds to the game’s horror movie setting. I highly recommend folks keep track of how many times the F-bomb gets thrown around.

For all of the things Until Dawn does right, there are a few messy areas that sometimes ruin the experience. While it happened only once during my experience, the game can freeze during the middle of a sequence. Since you are unable to skip the dialogue, it means you have to re-watch the same scene. If you make a decision that isn’t to your liking, the only way to go back to that moment is to start a new game from the beginning or finish the game completely and start from that episode. Finally, for a game that revels in the fact that there is so much choice, it follows a very linear path from one place to the next. There is no backtracking; this is especially annoying for those that wish to find all of the collectibles and earn all of the trophies.

Finishing Until Dawn takes eight hours. Earning all of the trophies will double that play time due to the lack of a scene skip option. To me, the length is the game’s biggest flaw because the high price of admission. I have been able to overlook its flaws because the experience is a unique one that plays to my enjoyment of horror movies and interactive dramas. Plus, getting the chance to take control of some Hollywood faces and dictate their fate through my decisions has been a real joy. If you don’t mind the short length, I recommend Until Dawn.

Overall, 8/10: Until Dawn’s all-star cast and horror movie setting lay the foundation for an interactive adventure that truly makes you think about the power of choice.