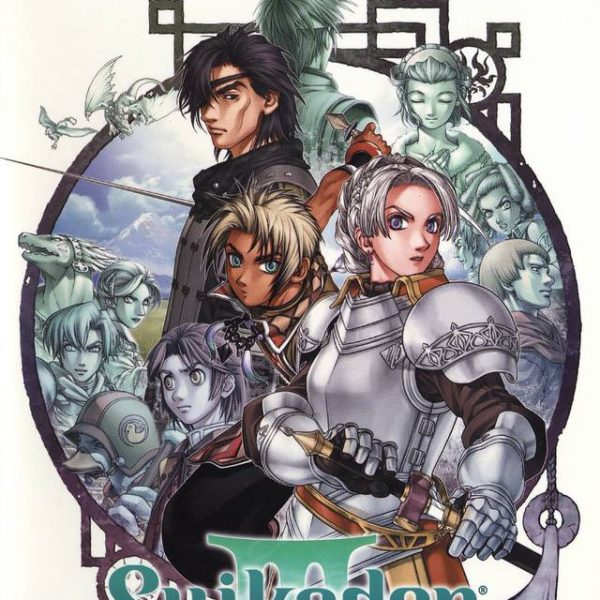 Author’s Note: This review was originally published on June 28th, 2006 and later updated on October 16th, 2012. Man, where to begin with this one? When I first wrote it, I remember being completely underwhelmed and annoyed by Suikoden III. To express these feelings, as well as to spite a few people, I gave the score a 1/10. Later, I decided to upgrade the score because Suikoden III is absolutely not a 1/10 game. While it’s still my least favorite Suikoden today, it’s a passable game.

Looking back on it, Suikoden III had a lot of potential. If there is one thing I hate, it is wasted potential for a possibly good RPG. Now, I didn’t like the first Suikoden and the second installment is more rare than catching Paris Hilton (I love you, girl!) on a sober day, thus I was unable to ever play it. However, I figured that with so much praise for part three, I’d have nothing to lose with this game. Well, I was wrong. For whatever reason, Suikoden III has a huge fan-base and when I see one of these tasteless gamers gawk about the greatness that is SIII, I can’t help but to glower at them and question their taste in games. Ok, maybe that’s a bit harsh, but Suikoden III was an awful game that is getting credit for no good reason whatsoever. To this day, I am at a loss as to why so many people enjoyed the game.

The most likely reason why SIII had such a large group of fans was due to the fact that the story-telling system was “unique.” The way the story of SIII was told was through the Trinity Sight System, where you view the tale in the eyes of three different heroes. This idea seems original, but if you’ve played other RPGs in your lifetime, then you would realize that this is not the case. Anyways, the story starts off with three main characters. First, we have my favorite and the only reason why I finished the game: My main girl, Miss Chris Lightfellow. She is a silver-clad debutante knight who fights for kingdom and crown and will do everything to make sure her lord is supreme. Her stark white hair, violet eyes and all around, “Don’t come close to me unless you want to get a sword in your neck” personality made her the top character in the game. Next, we have Hugo who is basically considered the main character of the game. He comes from a tribal region and wishes to protect his homeland. Finally, we have Geddoe who is the mercenary surrounded by secrets. Despite him claiming to be older, he appears as young and brisk as ever. What secrets is that crazy mercenary keeping from us? Eventually, the tale has all three characters meet up and you chose the one you wish to continue with. However, the story, which revolves around an ancient fire rune, a legendary hero, and hegemony of various kingdoms (imagine that: a Suikoden game about a rune, an ancient hero, and the taking over of kingdoms) basically forces you to pick Hugo as your main character because…well…if you decide to act in sin and play this game, you’ll see why.

Anyways, each character has three chapters and they across the lands far and wide, gathering the typical 108 stars of destiny and doing good deeds for the world. Suikoden is known for it’s 108 characters for recruitment, and just as much known for each character’s (with the exception of a few) lack of development. Seriously, after you recruit someone, you don’t hear much from him or her for the rest of the game. While in some cases this is false, such as the more important characters, for the most part you never see half of these characters again unless you use them in battle. More characters don’t make an RPG better. Furthermore, a bland and dry as a desiccated oak tree story does not make progression enjoyable, especially considering how slow the dialogue plays out. What really gets me is that you have to watch the story unfold from different points of view. This could have been executed flawlessly, but it’s quite the opposite. If the tale had been actually interesting and well presented, I would have found it interesting to see the three sides of the story. Instead, I found it monotonous. Since the game has such a poor story, cast of characters, and development of said characters, one would think (and hope and pray) that we could only go up from here. Unfortunately, it’s a continuous declivity from this point forward.

The nadir of the game has to be the battle systems. Yes, there are multiple ways to battle your foes. The first and most common are the random encounters you get into within the dungeons and world map. These occur way too frequently, especially in the later dungeons of the game when you just want to finish the dungeon. Like the previous games, you get a party of up to six people. Now, normally in any turn-based battle system you select what each person does, and then let them loose. Not in SIII. In this abomination of a battle system, you tell the three groups of two what to do. Now, that’s just downright moronic. You can’t have person X use items without the other person attacking a random enemy. It just gets too messy to be fun. Not only that, but when you cast a magic spell that covers an area, there is the possibility that your idiot team members would get hit by the spell. Ah, so you can vaporize your own party members accidentally…splendid. Magic is done via runes. Each character can equip runes, however certain characters are better with certain types of rune elements. For instance, Hugo has a very high affinity for the fire element. You can buy new affinities for your magic powers at the shops, but they won’t be as strong as they could be if they don’t start off with the certain element. The second type of battle is the one-on-one duals. These are a glorified rock-paper-scissors game…enough said. All right, maybe I am being a little unfair so I will talk a bit more about these. Basically, you and your foe have energy meters and the first one to deplete the other meter wins. Many times, you are forced to lose these battles. Finally, you have the too long lasting for their own damn good strategic battles. You set your party into groups and try to fulfill sets of conditions. When two opposing groups encounter, you get into a regular battle. I have one for all the battles: yawn. They are repetitive beyond belief; there are no special features (except maybe that two certain characters can perform a double attack) and an unbalanced system of leveling up.

When you’re not battling, you’re most likely meandering aimlessly around the towns. You will see a map in the corner of the screen to tell you your location and the direction you are heading. Towns are vast, but you can only enter the shops. What’s the point of having these great places to explore if you can’t even go inside of them? When you enter the shops, you can upgrade weapons, chose your party, buy items and talk to NPC’s. As mentioned, there are magic shops to buy runes and get your affinity up for certain elements. Doing all of this appears very basic. Back to basics is fine with me, but due to the fact that your character runs at a snail’s pace, the town exploration was a chore. At some point you can start getting your stars of destiny for the castle as a sub-character named Thomas. Recruiting characters is fun sometimes, but some of them have these daunting tasks for you to complete before they lend you their assistance, which usually isn’t very helpful. In fact, the only way to defeat most of the bosses is with brute force. There is no strategy required at all for the fights except to just wallop them with all you have got, physically.

Graphically speaking, SIII went to the dark side of the 3D realm. I love 3D anime figures, but only if they are done properly. In this game, they lack color, detail, and the emotions that make them believable when in certain dialogue situations. The awkward looking characters and their soporific surroundings bring zero viewing pleasure to the game. Each of the stars of destiny looks unique, don’t get me wrong, but they are still bland. There are also no unique looking monsters. Nowhere! I mean…fighting a leaf really gets old. When you pop in the game disc, you are treated to an anime scene. How come there aren’t anymore of these throughout the game? And what’s with the accompanying Pure Moods song?

Speaking of songs, SIII’s OST is not worth hunting down. Hell, it’s not even worth listening. There were no good tracks, at all. The sound department was at least done well; things sound like they should but in this day and age a sword slash better sound like a sword slash…otherwise this game would be even more of an embarrassment to Konami. There is no voice acting, probably the only thing the game did right.

If you manage to overlook the games cons, you will finally reach the thrilling climax. Ok, not really. Once the game is finished, you get to play as a new group of characters to see their side of the story. Joy…more lame story. However, this is only if you gathered all 108 stars of destiny. Needless to say that this game lacks replay value to the max. Going through it once was bad enough. Twice? That’d just rarefy my sanity.

If I recall correctly, the game took nearly two years to finally complete. Konami had high hopes with this game. From what I can tell, sales were rather high so most of the hopes were met. Well my dear Konami, I am afraid I am shining some light on what this game really and truly is all about. Suikoden has always been a cult-following series. I thought I could jump on the bandwagon with this installment, but I think it’s better that I stay away from the entire series forever. This was a bad chance to take. There was so much potential, too. If you want an RPG, look for something not named Suikoden III. Hopefully, Konami will improve upon the series and Suikoden IV will be better. Oh…wait…