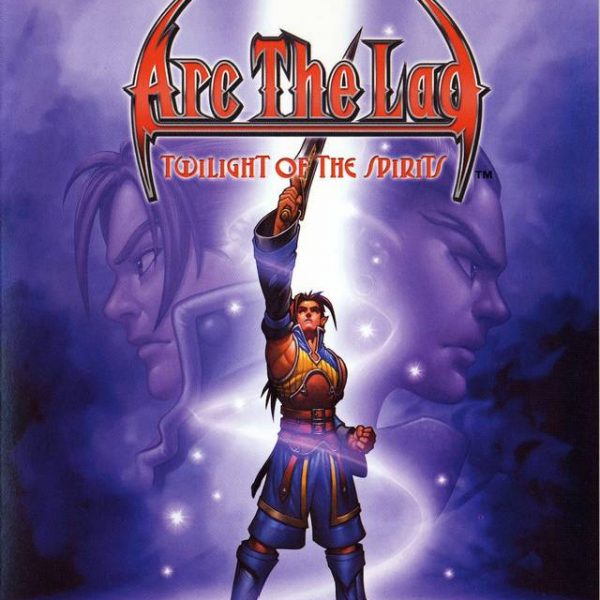 Author’s Note: This review was originally published on June 27th, 2003. I decided to keep its 10/10 score to reflect the writing of the time. This was the game that really defined my summer in 2003, which is probably evidenced by the writing style.

Isn’t it about time we got a great RPG? Arc the Lad: Twilight of the Spirits is the one RPG to check out for this summer…and this year!

Story: 10/10
Two races, Humans and Deimos, are at each others throats to see who can possess the Spirit Stones. These stones are a source of energy and power for the humans, and are used for magic with the Deimos. Two men from each race are fighting to save their homes, the Spirit Stones, and a greater cause. Kharg, from the human race and Darc from the Deimos. An epic battle between these two will soon begin that will lead to one conclusion!

The story is awesome! The climatic and well developed story telling is nothing short of amazing. The way the two stories intertwine and unfold is great, and will constantly leave you begging for more. I suggest getting a comfortable chair, because you’ll be hooked the moment you start playing this game!

Gameplay, Field: 10/10
The controls are very easy to learn. Also, the menus are very nicely laid out and not confusing. The towns are small enough so you won’t get lost, and the world map is also easy to navigate through. Something new in this game is collecting Spirit Stones. When someone uses a magic spell, this consumes your SS. You can find SS in dungeons, or purchase them from a shop. This is how you recover your magic power. I really liked this idea, and it will make sure that you use your spells wisely! So overall, the field controls are easy to learn.

Gameplay, Battles: 10/10
The battles in this game are turn based with a strategic element to them. They are very easy to learn. Before battle starts, you can choose which characters will participate in battle. Then, the conditions for winning will be displayed. Characters all have a certain boundary to move around. If an enemy is close by, you can choose to attack. Some characters have long range attacks, so they can attack farther than the melee attackers. Skills also have a certain boundary. As your level increases, this boundary increases and more skills are learned. Characters can also break barrels, stumps, boxes and other things in the field in hopes of finding treasure. Enemies also leave items, gold and Spirit Stones. In the end, the battles are easy to pick up…but because of the strategy you’ll need to use, they can be very challenging!

Gameplay, Character Development: 10/10
The previous installments had some noteworthy characters, and the PS2 Arc the Lad is no different! The characters develop very nicely as the game progresses. They all have their certain sayings, motions, and facial expressions. Also, the relationships between some of the characters are very cute while unfolding. I really enjoyed seeing the new characters in this game!

Graphics: 10/10
Now these are simply gorgeous! The 3D polygons are so smoothly textured, you’d think that you were you playing a Pixar movie. The backgrounds are also amazing. They’re highly detailed, with every little thing accounted for. The wind blowing in the grass, the water reflecting a person…the list goes on. The cinematics are equally nice, showing the power of the PS2 movie player. This game has some great graphics!

Music: 10/10
A lot of the magazines I read really hated the music, but I really enjoyed it. The tunes are very fitting for each area, and use plenty of instruments. I really like the battle music, and the town music. Each track is long, so it rarely repeats. But I guess it’s a matter of musical taste if you like or don’t like this game’s sound track.

Sound: 10/10
The voices are VERY well dubbed. The characters sound great, and the actors do a great job of adding to the dramatic story line. There are plenty of actors in this game, and each one fits the character perfectly. The sound effects are also nice. The slashes, punches, screams, and anything else is right on the button.

Replay Value: 5/10
I really don’t see anyone playing this game a second time around, at least for about six months. But still, with 60 hours of gameplay, you really won’t care.

Difficulty: Medium
This game will give you some tough boss battles. But like any good RPG, you’ll have the ability to train and grow stronger. So in the end, you should be fine.

Buy or Rent: Buy
Buy this game, because chances are you will like it. I know I did, and I’m certain everyone else will. Head to your nearest game store, buy it, and never let it go.

So in the end, Arc the Lad: Twilight of the Spirits is an awesome game. It has plenty of new features added, but keeps the old ones that everyone knows and loves. This is one game you won’t want to miss out on.