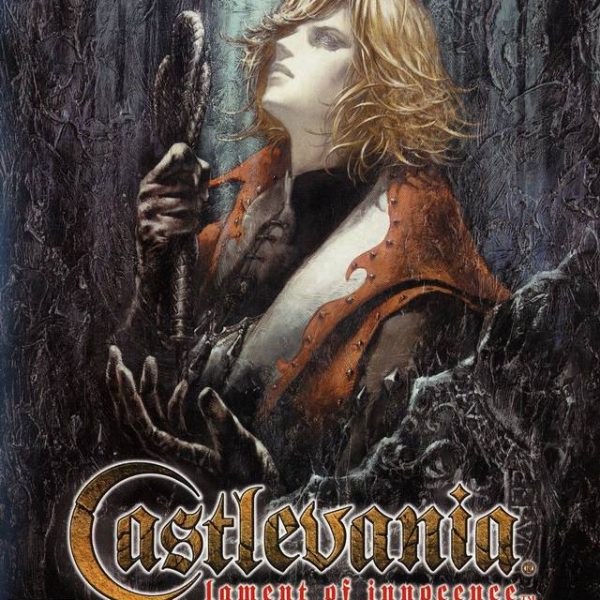 Author’s Note: This review was originally published on October 28th, 2003. A product of its time, this review is another example of how to -NOT- write a game review.

I have never tried any of the N64 3D Castlevania games, so this is my first adventure into the 3D realm. Quite frankly, I’m impressed with the 2D to 3D transition. This is a great addition to the series, and any gamer’s library.

Story: 8/10
Leon Belmont was a chivalrous knight who fought for his kingdom until one day, his lady love was abducted by a vampire. He embarks on a quest, gets rid of his title, and enters the mysterious Castlevania in order to take back his betrothed.

Leon Belmont is the very first vampire hunter in the Belmont clan. This is really interesting because we finally learn where Simon and the rest of the gang got the legendary whip. Also, the story has some nice twists and turns in it. There are interesting events that take place that will keep you hooked. But, don’t expect anything too deep because Castlevania isn’t much on story lines (except MAYBE Symphony of the Night).

Gameplay: 9/10
This is a lot of fun! It is impossible to imagine a fun 3D Castlevania, but it’s a total blast to play. First off, much of the same things are back from the previous titles: you get sub-weapons, you get hearts, you have money to buy new items, there are secret rooms…things like that. Leon can combo his whip into a countless number of attack combinations. It’s really fun! The action is very smooth, fast, and always exciting. He also learns new techniques such as longer extensions and side steps. There is a guarding system, which will allow you to get more MP if you guard at the right time. Magic in this game is pretty cool as well. You find special relics that have various properties. One lets you run at sonic speed, another uses flame to sprout from your foot steps. Sub-weapons can also be combined with magical Orbs. There are tons of combinations to use, each is different and fun. It’s kind of like Harmony of Dissonance with the spell books. There are many pieces of armor to equip, as well as new whips and accessories. The castle is huge, it has many enemies to face, and puzzles to solve. Only by exploring every room will you be able to uncover all of the secrets. Although it switched to a 3D style, this game still has that classic Castlevania feeling that everyone enjoys. My only complaint is that there isn’t a leveling up system. Fighting enemies won’t give you any experience points, which is kind of a bummer. Also, the real time menu is really difficult at first. Still, it’s a lot of fun!!

Characters: 9/10
Leon Belmont is by far the coolest character with a whip ever! Not only does he have style (check out that hair) but his personality is likeable. He uses the whip with great skill and ease, which makes sense as to how the rest of the Belmonts were able to be so skilled with it. The other characters are cool as well. I just wish that there were a bit more, but nothing is perfect.

Graphics: 9/10
Although a little dark, the graphics are superb. The character models are very nice, move in fluid motion, and have tons of detail to them. The backgrounds of the castle is quite beautiful with the gothic setting. The stained glass windows and candle light definitely set the mood for the dark adventure you play.

Music and Sound: 10/10
I love this game’s music! The OST is both powerful and mysterious at the same time with the insturmental selection. All of the tunes will have you cranking up the volume. Then again, some are so creepy you may end up turning down the volume. The music is phenomenal.

The voice acting is great! You can have Japanese voices if you want, which is always a plus in my book. The sounds the monsters make is also nice. They’re unique, fitting for each monster, and sometimes a little scary. Overall, well done on this area!

Replay Value: 9/10
Like other Castlevanias, once you beat the game you’ll unlock many extras. I have yet to find out what they are, but I’m sure that they’ll be fun to try. This will make you play the game again and again.

Difficulty: Medium
Learning the controls is easy. Utilizing them to their full potential will definitely take some skill. This especially goes for the real-time menus. But once you get the basics, you won’t find too much difficulty in this game.

Buy or Rent: Buy
I say buy this game. It’s lots of fun, and you’ll be playing it for a long time. With great action and tons of castle to explore, one rental will not be enough. Go buy it now.