Dragon Quarter shot for the moon and landed among the stars. 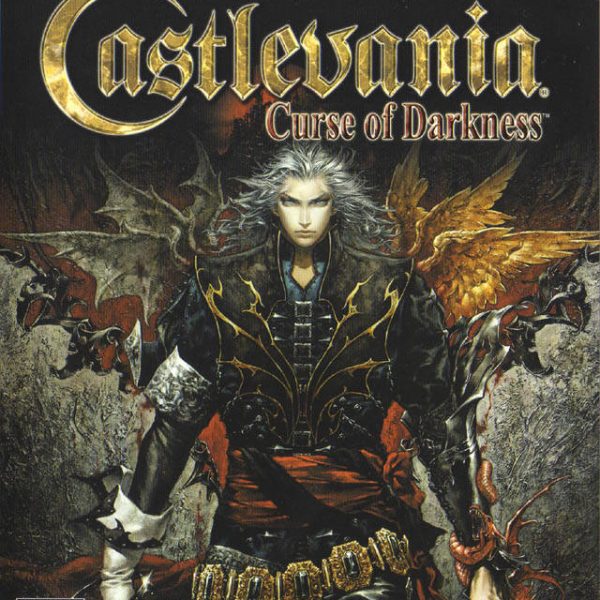 Author’s Note: This review was originally published on June 11th, 2007. Like other reviews of the time, it uses “witty” taglines to separate each section.

Another Castlevania is here and it is in the 3D realm. Like Lament of Innocence, Curse of Darkness sticks to the classic action of the series, but also implements new ideas in a gorgeous 3D castle setting. It is missing some flavor that only 2D Castlevania games can capture, but it still delivers an exciting experience from start to finish.

Curse of Vengeance
Trevor Belmont was able to vanquish the evil Lord Dracula. Unfortunately, the vampire master left an evil curse on the entire land. This curse caused the people to turn on each other, and the people continued to suffer with Dracula gone. One of Dracula’s servants, Hector, cast away his abilities and hid with his beloved, Rosaly. However, the other servant of Dracula, Isaac, constructed a devilish plan in which Rosaly was accused of witchcraft and executed. Hector’s anger became too much to handle, and he went to the castle to destroy not only Isaac, but all that remains of the Dracula legacy.

Hector’s quest becomes apparent from the get-go, but there are some twists thrown in. Most Castlevania games lack a novel plot, but Curse of Darkness has an entertaining value in terms of the story. You’ll meet some eccentric new characters, and you’ll get to see some familiar faces.

Curse of Devil Forging
As you control Hector, you’ll realize he is not to be messed with. He has a variety of weapons and armor for him to create and master. Furthermore, he can steal from his enemies. His most important ability, however, is called Devil Forgery. Hector creates what are called Innocent Devils, which follow him along and help him vanquish the foes of the castle. There are various types of these creatures, and depending on the weapon Hector has equipped, they will evolve in various ways and acquire new moves. Some of these moves allow Hector access to new areas. There are a variety of IDs to acquire, and getting them all may take some time. The IDs also cause the game to be on the easier side. Some of the bosses have the classic, Castlevania challenge, but with proper utilization of your IDs, you will easily emerge victorious. The action, luckily, rarely stops in this game. With so many weapons and IDs at your disposal, you can rest assure the game is action packed.

Curse of the Castle
One downfall, however, is that many of the rooms in this game are completely empty. Hector does not run at a very fast pace, and it can get royally annoying to trek through a huge, empty corridor. At least the castle looks nice, as does everything else in this game in the graphics department. This is not one of the largest Castlevanias, but it is still a good looking one. I just wish there were more cool looking enemies in the fantastic looking rooms. Do not misunderstand, because there are plenty of foes to kill, but it happens to get on my nerves when you see an empty hallway that offers nothing for you to do except find the next doorway.

Curse of Sounds
Actually, the music and sound in Curse of Darkness is a blessing, not a curse. I just wanted to stick with the theme. Anyways, as expected, Curse of Darkness has a wonderful OST. Each area has it’s catchy tune, and accompanying those tunes is wonderful voice acting. Whether you wish to have it in English or Japanese, the game sounds great in all departments.

Curse of Length
Much to my dismay, Curse of Darkness was over too soon. Anyone can beat the game in one rental period. Finishing the entire map and playing around with IDs caused me to clock in 14 hours of game time. However, there is some extra stuff for you to do when you finish off Dracula. You can try to play in a harder difficulty level, or you can play as Trevor Belmont and save the world in classic style. Still, I would have liked to have played as Hector a tad longer.

Curse of Conclusions
Castlevania: Curse of Darkness is not a groundbreaking title in the series, but any fan of this vampire slaying saga should check the game out. There are many weapons and armor pieces to create, various ways to develop your Innocent Devils, and plenty of secrets for you to uncover. Will you get that feeling of nostalgia you expect to get when playing a Castlevania? No, not to the fullest, but you will get the feeling of enjoying a very fun game that is over too soon. So, go out there and put an end to Dracula’s curse. In a way, we should be happy he keeps coming back. The day he ceases to exist marks the end of Castlevania and we most certainly will not stand for that!