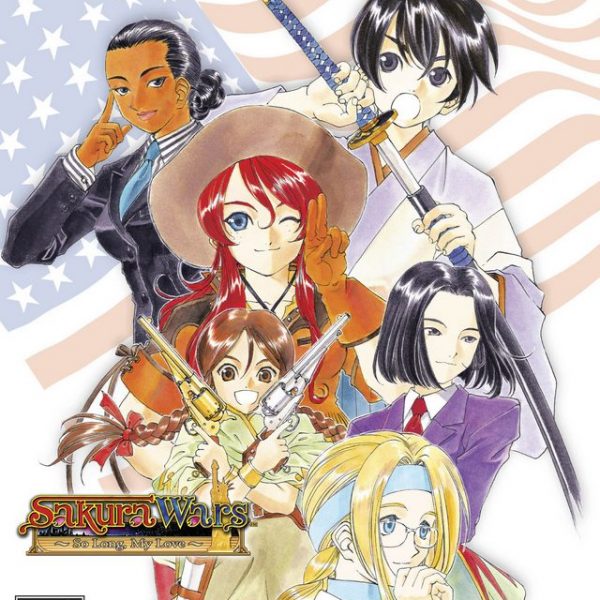 Here we are again, New Yorkers. Welcome to the third edition of reviews covering a game that sparked my interest thanks to Project X Zone. The title is known as Sakura Taisen V in Japan. Here in the good ole US of A, we know it as Sakura Wars: So Long, My Love. Despite the game being the fifth in the central plot, this is the first game in the series that Americans ever got to play in English. The truth is that Sakura Taisen has been around for nearly 20 years. Not only have there been a plethora of titles on various platforms, but you will find Sakura Taisen in anime, manga, magazines and movies. As a whole, it’s a campy and enjoyable series. Naturally, I was thrilled to learn that Nippon Ichi handled the translation of So Long, My Love. However, my first time playing a game in the series didn’t live up to my expectations. I’m glad I tried it, but if the rest of the games play like this, then I’m fine with it being the only game that gets localized.

While the game begins in Japan, it only takes a few minutes to get to the main stage of this game: New York City in the late 1920s. You take control of Shinjiro Taiga, the newest member of New York’s Combat Revue aka The Star Division. Shinjiro’s uncle is Ichiro Ogami, the hero from the original Sakura Taisen and leader of the Imperial Flower Division. Despite his samurai spirit and proud family, Shinjiro is not well received by the members of the Star Division. He’s young, naive and too honest for his own good. He has a lot to prove to the people of the Star Division and to the people of New York City as he fights against the forces of evil.

Like other games in the series, Shinjiro needs to win the affection from the all-female cast of the Star Division. The Sakura Taisen franchise has always been big on character development, and SLML is no exception. The Star Division is quite the melting pot of characters, which helps reflect the diversity of New York City. There is the Texan cowgirl Gemini Sunrise, who absolutely idolizes anything from Japan and hopes to become a samurai. Next, we have Cheiron Archer (Sagiitta Weinberg in Japan), the tough talking lawyer from Harlem. Adding some Asian tang is Subaru Kujou, a former member of a European Division and a gender bending enigma. Diana Caprice is the token healer of the group, and last we have Rosita Aries. Ah, Rosita Aries. Has there ever been anything more annoying than this Mexican pistol slinger? Probably, but I’m drawing a blank. If any of my readers have watched the PBS program The Puzzle Place, they remember the lovable girl from San Antonio named Kiki. That is exactly how Rosita is, except with two six-shooters. Obviously, the girls and the rest of the supporting cast have unique personalities and Shinjiro needs to relate to them in order to earn their trust.

This is done during what are known as LIPS events. LIPS stands for the Live Interactive Picture System. During the bountiful dialogue, Shinjiro will often be given a selection of choices and a limited time to make them. If you respond in a good way, the girl will give you more favor. If you answer in a less than satisfactory way, she’ll get mad at you. There are also times where you’ll need to time button presses properly, answer multiple times in a row and/or adjust the volume Shinjiro’s response to an answer. While these events opens up the option for a ton of replay value, it is in your best interest to always perform well during any type of LIPS event. This is because higher favor means higher stats in battle. Instead of having a place to grind for levels and experience, the only way to “level up” is through satisfactory answers during LIPS. I don’t like this choice because if there happens to be a character you don’t like, then naturally, you will want to answer in a negative way. Doing this means she’ll be useless in battle, though. Furthermore, there will be times when you have no idea how a character will react. A guide is your best bet in order to earn the highest favor with this persnickety cast of females.

Despite some of my gripes with the LIPS events, I think that they are clever and offer a huge depth of variety. Taking control of Shinjiro and participating in LIPS events is a big part of So Long, My Love. The other big part is commanding the Star Division in battle in their odd looking, Power Rangers colored robots. While you spend more time outside of battle than in, they still play an important role in the game. The game plays like turn based strategy game. Characters can move in 360 degrees on a large battle field, attack, use special skills, perform team attacks and heal. Doing any of this requires Mobility Points. Once you run out of MP, you can no longer act. Enemies have MP as well. Thus, battles are basic on the surface. The problem with them is that they tend to take far too long and play more like a puzzle game than an SRPG. Instead of good, old fashioned fights to the finish, you usually need to rescue comrades, destroy barriers, or prevent the earth from rotting. Sakura Wars is a short game and this means that there aren’t that many battles at your disposal. Boss battles are also similar to this puzzler type of action. Bosses contain various parts that need to be destroyed before you can damage their main unit. Most of these battles transform your funny robots into small fighter jets. Everything else remains the same about the battles if your team is in flight. While an important part of any RPG, the ones in So Long, My Love feel dated and have the potential to permanently mess you up if you didn’t do well during a LIPS event.

Everything else about the game is solid. First, there is a great sound track that captures the drama and fun of New York City in an anime setting. Yes, Geki Tekikou Kagakiden does get played during the game. Unfortunately, it only lasts for a few minutes. That said, the main theme is just as catchy and motivating as the original, while the rest of the music does a good job at bringing the drama closer to you. All of the voice acting is either in English or Japanese, depending on which disc you decide to use. This provides a rather odd quandary: if you decide to play the game in English, get ready to hear a terribly forced southern accent and a terribly obnoxious Mexican accent. On the other hand, going with the Japanese option means you have a bunch of non-Japanese characters speaking the language fluently in a country where English is the standard language. Either way, the voice acting is passable at best. Luckily, the game looks fantastic. There are a ton of fabulous portraits and animation sequences by Kosuke Fujishima. Despite the robots looking like goofballs, they move gracefully and execute some over the top and inspired attacks.

Those who decide to find the game new will be treated to a poster of Gemini, a unique art book and a plus-sized instruction manual. Sakura Wars: So Long, My Love is an average game that has some shining moments. Dealing with these shining moments means dealing with the ones that aren’t so shining. If you want to get to know the variety of characters, you need to put off with the fickle LIPS and the stifling battles. In order to hear the music, you need to also hear the voice acting. That said, fans of anime and SRPGs will likely find something special in this title. However, the people that will enjoy this the most will be those who have followed the Sakura Wars/Taisen series since the beginning. I think the fact that this is the first game to get a proper localization speaks volumes about the series. While unique, it’s clear that the series wouldn’t have shined like the Star Division in our country.