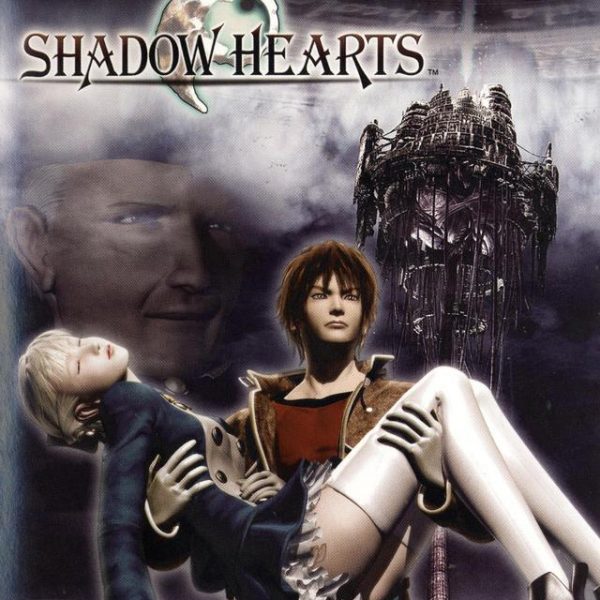 Author’s Note: This review was originally published on October 14th, 2002. And, geez, I thought I was hot stuff when I wrote this. Taking digs at Final Fantasy and fanboying out about a game I claimed to be a perfect 10? Yep, that sounds like something typical of the era. All that said, I still find Shadow Hearts to be a magnificent, underrated game worth playing.

Now this what I am talking about when it comes to RPGs! I have played some good games before, but this one has to be one of the best one’s up there!! Forget your Final Fantasies, and make room for Shadow Hearts! Well, enough praise. Let’s review!

Story 10/10:
My god!! This is what a story should be like! Indeed, you are saving the world again, but from who is the real question. This game’s story will blow you away. The story focuses on Yuri Hyuga, a man with the ability to turn into demonic monsters! He is on a mission in order to protect a young girl, Alice Elliot from the vile clutches of a British warlock. But the question is, what does he have in store for Alice? And, will Yuri be able to protect her from his plans? As the game progresses, you soon learn more and more about everyone’s intentions. The story mixes some gothic horror with religion, a very nice combination!The setting is in the real world, taking place in the way past. The story of Shadow Hearts is excellent!

Gameplay, Field 9/10:
Like in other RPGs, in the field you can access your menu screen. What is new to the menu screen is a library telling you what monsters you have killed, a list of NPCs, and other really nice little additions. Besides that, you have your basic menu. The controls are very easy to learn. The game is linear, but a bit too linear. Instead of walking on the world map, you have to just move the cursor to where you want to proceed next. Personally, I don’t like this because I enjoy going out on a world map and just seeing all the pretty scenery, or just leveling up. But, that’s not something worth a large score deduction, but it’s not worth a perfect 10 either. So, the gameplay controls are very easy to get used to, and will provide no trouble for anyone. If the game wasn’t so linear, they would be even better, but whatever.

Gameplay, Battles 10/10:
Now this is where the real fun begins. The battles are turned base, and there is no fighting while you’re deciding an action so you can plan carefully! Now for the fun part. The battles are done using the new and fun Judgement Ring System. Say you choose to attack. The Judgement Ring appears, and a line appears. This line moves clockwise around the ring. As the line hits the specified red areas, you hit the x button and you will get a ”Good” displayed meaning you have landed one attack. Each character can do at most three attacks. If you mess up on the third part of the ring, you only can do two attacks. Each characters area is different. Some attacks are easier to pull off then others, but all are very manageable. Magic is a bit different. You have to hit the x button when the line hits all the green colored areas successfully and then finally a yellowish area. Doing so will allow the spell to be cast. As you learn more powerful spells, the ring becomes harder to use. Now, what is really cool is that at the end of each red area for attacks is a dark red area. If you hit the x button here, you get a more powerful attack. The same goes for magic and some items. This makes the Judgement Ring easy for beginners and challenging for pros! Bravo on the battle system!! The Judgement Ring makes random encounters very enjoyable!
I also should mention that the Judgement Ring is used in game events and shopping!! You will see a lot of the Judgement Ring, but you will never grow tired of it!

Gameplay, Characters 10/10:
Another perfect 10! There are six characters that will join you. Each one has a different weapon type and magic type. When I say magic type, I don’t mean fire, water and such. I mean special skills only useable by the characters. Yuri can transform, while Keith can use Vampire skills. Each character has a wide variety of skills to use, making it difficult to decide who you want in the final party! Also, the characters develop really well over time! Unlike many games, you don’t have characters that are ”just there.” Each character has a unique role to play and personality to develop. You will learn to love or hate these characters, depending on who you are. You will know what their wishes are and what affects them most. The characters are awesome in Shadow Hearts!

Graphics 8/10:
The characters all look exceptionally well. So do all the NPCs, and even the random townsfolk. I could be mistaken, but I believe you won’t see a repeat of any townsfolk throughout the game. The monster designs are to die for! Like in other RPGs, you will see repeats of monsters with different skin, but each monster is unique and different. Some are very gross, and some are just plain disturbing. Others will make you want to kill the monster so your eyes stop burning. And the cinematics are…whoa…
So all this praise and an 8? Well, the backgrounds are pretty dark sometimes, making it very hard to see. Also, they are all pre-rendered. While they still look nice, I think Midway could have made them better by not pre-rendering them. Also, many of the spells look the same. Some are dazzling and cool, but a lot of them are dull and could’ve been done much better. But still, the graphics in this game are fairly nice. The people look nice, but the backgrounds need improvement.

Sound 9.75/10:
Every punch and slash is on the button. Also, the sound of a door opening, a window breaking, and a shot ringing out is very well done (and very creepy depending on where you are). There are voice overs, and they fit the characters very well. The cinematics are actually dubbed fairly well. The lips actually move at the same time when one speaks ^_^ Also, they move pretty well with what the characters say.
But there is just one thing that bothers me. The character speak both Japanese and English. For instance, when Margerette does a spell, she asks for help in English. But, when she throws an item, she speaks in Japanese. This inconsistency bothered me. But overall, the sound is great!

Music 10/10:
There are two battle tracks, and plenty of exciting boss music! Also, the music in the towns fits the setting extremely well! The Asian music is full of instruments from the Orient, while in Europe you have a more classical sound. Also, the dungeons are done well. Some are very creepy, and others are surprisingly peaceful! There are plenty of songs to please your ears, and you will never have to hit the mute button. The volume up button? Yes but not the mute button!

Replay Value 8/10:
There are many parts of the story you may have missed, and plenty of side quests to miss as well. Also, you get a new game plus option, so it’s not a pain to start over! The replay value is very good! You won’t start over right after you beat it, but you will start over!

Difficulty Medium:
This game will provide you with some challenging dungeons, but nothing too bad. Leveling up was fun in the game, so I really had no trouble. Some of the optional bosses are a bit tougher though, but that’s how it is in most RPGs.

Buy or Rent?
Well, you should actually buy it. Renting will spend 5 dollars that could’ve been used to buy it. If you don’t like it, return it. But chances are that you will like this game a lot and will die to know what happens next.

Shadow Hearts is a great RPG, one of the best out there! You sick of your fantasies being final? Then play this game and you won’t be disappointed!