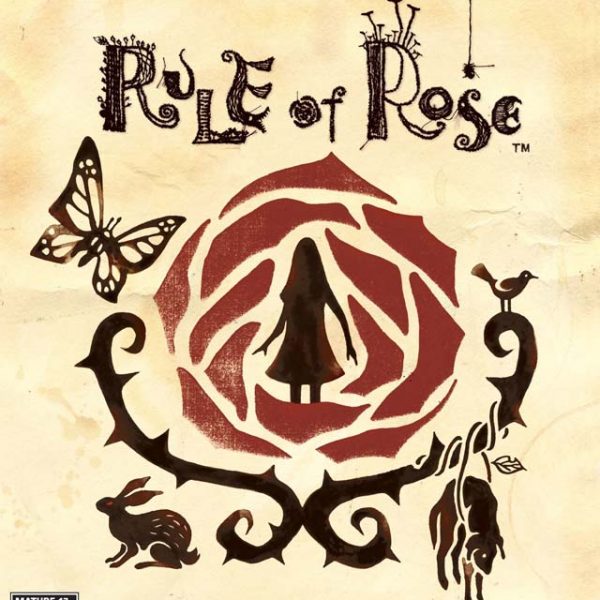 Rule of Rose is the perfect example of what to do and what not to do when developing a survival/horror video game. This is the type of game that I will end up remembering forever for the things it does right and the things it does wrong. People often wonder if the struggle to see everything Rule of Rose has to offer is worth it. For me, the answer is yes. Rule of Rose has a high price tag, clunky combat and a story that needs to be thoroughly explored, but all of the struggling is worth it in the end.

The year is 1930 in Cardington, England. A 19 year old girl named Jennifer is riding a bus to an unknown destination when she is woken up by a young boy that asks her to read a story. When she finishes reading the story, she sees that the boy is running away from the bus and the station. For some reason, Jennifer decides to follow the boy. She ends up in front of the Rose Garden Orphanage. The orphanage has no adults in sight and is run by a group of misguided and ruthless children. However, Jennifer feels that it’s her duty to further explore this mysterious place.

Even from the start, it’s clear that not all is right with this orphanage, the people Jennifer meets, or her surroundings. Jennifer has to endure trials and tribulations that will slowly reveal the truth behind a disturbing turn of events. The story, characters, and setting are the best parts of Rule of Rose. Not everything will be apparent, even after you finish the last parts of the game. Thus, you need to take your time going through as much as you can when exploring the world in front of you. When you do, you’re left with a psychological horror story that is equal parts gruesome and beautiful. Seeing the plot in Rule of Rose is a primary reason to give the game a chance; it’s that good.

To do so, you will take control of “poor, helpless” Jennifer as she gets put through ordeal after ordeal. As soon as you gain control, it will be obvious that she isn’t cut out for this gig. She always looks timid, she gets winded easily after running too much and she constantly goes along with the cruel games the children play. Like most survival/horror games, Rule of Rose requires you to solve puzzles and find special items to gain access to new areas. While you can find a map of each location, it’s easy to get turned around due to the map lacking certain details. Also, Jennifer has a limited inventory. Luckily, Jennifer can access the Rubbish Bin to store her unwanted items and retrieve them later from any other Rubbish Bin in the game. The save point, called the Bucket Knight, will give you hints in case you forget your current objective.

At the start of the game and during a few special instances, Jennifer will be going solo. Most of the time, Jennifer is joined by an adorable Labrador retriever named Brown. After Brown joins you, Jennifer can have Brown sniff for hidden items that can be used to recover health, trade into an offering box, or advance the story. The offering box can sometimes reward you with better stuff if you take the time to fully explore. Brown’s AI is great; 99% of the time he will be doing exactly what you need him to do.

When Jennifer and Brown aren’t put in a combat situation, Rule of Rose plays fine. One minor issue is that you have to be standing directly over or in front of an item to grab it or examine it. It’s an annoyance, but it can be easily overlooked. I say this because exploring in Rule of Rose constantly leaves you on the edge of your seat. What is going to happen when you open this door? Or when you talk to this person? Or when you pick up this item? You really start to feel for Jennifer as she and her loyal dog get put through situations a “poor, helpless” girl should never endure.

The combat is something no one should ever have to endure. Ok, scratch that, sometimes the combat is manageable. Jennifer can equip a variety of melee weapons as her journey continues. Her first weapon is a dessert fork, so this should already tell you that things aren’t looking too good for our heroine. With enough exploration, Jennifer can find a revolver that requires ammunition. With a weapon equipped, holding the R1 has Jennifer enter a ready stance. Pressing the X button will let her perform an attack. With a melee weapon, you can do a three hit combo and…that’s about it. Actually, the term “combo” may not be the best word. Brown will bark at enemies and cause most of them to cower or enter a fetal position. This lets Jennifer run around the enemy, strike three times and then retreat. Fine, right? Well, it should be obvious that Jennifer is not a fighter and her dog can only do so much. The first time you fight an enemy isn’t an indicator of what’s to come for Jennifer. Some areas require you to finish off a certain number of foes in a tiny perimeter. Most of the time, Brown will be a valuable asset in these fights. Then, we get to the boss fights. It’s rare for me to shout profanities at the screen when things don’t go my way, but Rule of Rose has managed to make me swear like a sailor. Some areas are swarming with enemies, requiring you to dodge and weave. Healing items are limited and Jennifer’s frailty can’t take all of that running.

But you know what? Fine. I knew that Jennifer would not be a fighter like Jill Valentine or the cast in Eternal Darkness. I knew that this game would be more about surviving than combat. Unfortunately, crappy programming and weird mechanics cause Jennifer to deal with more pain than necessary. Have I mentioned that the camera is wonky? Have I mentioned that Jennifer’s strikes might glitch and end up going through the enemy but not actually deal damage? Have I mentioned that one of the boss fights has you in a tiny room and said boss hangs in the air causing Brown to become dead weight? Listen folks, I knew that there would be some struggles with Rule of Rose’s combat, but the frustrating things about it could have been avoided if Punchline took the time to ensure everything was working properly. Combat is manageable at its best but abysmal at its worst. Unfortunately for Brown and Jennifer, there are more instances of the latter.

However, like I mentioned in the introduction, getting through the struggles is worth it. Not only will this allow you to see the story unfold, but you will also get to see the game’s amazing graphics and presentation. Rule of Rose is one of the best looking games on the PlayStation 2. Full sized character models with an amazing level of realism take center stage in atmospheric environments. The monsters you face are probably the creepiest looking entities in the genre. Their movements, sounds and mannerisms will undoubtedly wreck your nerves. The in game graphics are fantastic, but the movies that play during key events are an exceptional treat to the eyes. The music is just as wonderful. Sometimes, there is nothing playing in the background. Other times, you’ll hear music that sounds like it came straight from a Hitchcock classic. This means lots of unrelenting violins, cellos and piano keys. Most of the game is fully voiced. Since the game takes place in England, everyone has an accent. Luckily, none of them sound forced. Rule of Rose’s presentation is a masterpiece.

Jennifer’s journey will take about 10 hours to finish. There are two endings, but earning the good ending is very easy. By the time the credits roll, chances are you’ll have some unanswered questions. This is why it’s important to be thorough in your searching so you can piece together this wonderful story. Finishing the game lets you unlock new costumes for Jennifer and Brown. I know for a fact that I will be going back for another round in Rule of Rose just to relive the story. I know that there will be frustrating combat situations, but the struggle will be worth it. If you do get Rule of Rose, understand that Jennifer’s journey will be a frustrating but fulfilling one that is full of terror. Remember, the struggle is worth it in the end.

Overall, 7/10: Like the back cover says, Rule of Rose is a story too cruel and beautiful to go untold. The cruelty comes from the combat, but the every other aspect of the game is beautiful.