I’m too upset to think of witty taglines. 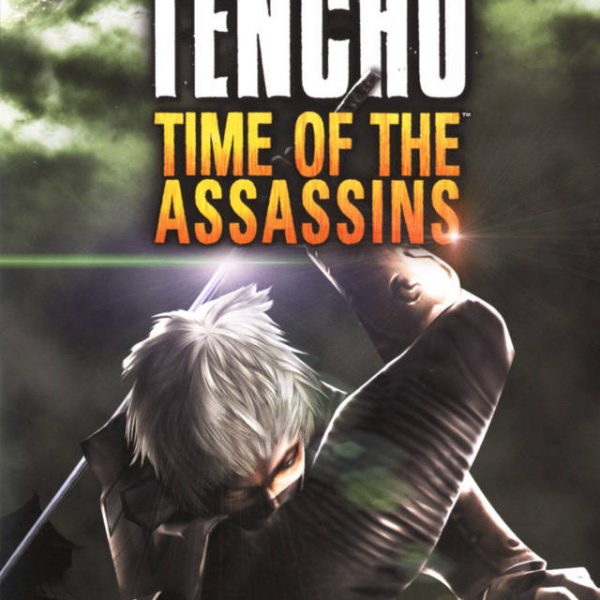 Greetings, dear ninja! Tenchu hasn’t been giving the love it deserves lately, am I right? Well, Tenchu: Time of the Assassins might be from the year 2008, but for me it’s my latest venture in this long running ninja saga. Oddly enough, this game never made it to the United States. So, if by the end of this review you have become interested in it, know that you can play it in English but you have to import the game from Europe. It’s a small price to pay (well, actually, a big price to pay since importing is expensive) considering this is a Tenchu game that stars your favorite characters in an entirely new scenario.

Who are your favorite characters? I don’t care. Nah, just playing. I care about my readers and their favorite characters. I digress, the game stars five faces most will recognize. Rikimaru and Ayame of the Azuma ninja clan are two of them. They are back and better than ever. There is also Rin of the Beniya, the assassin who made her debut in Tenchu: Fatal Shadows. Next, there is Tesshu, the doctor of doom who has a prescription for punishment in the form of needles and pressure points. He made his debut in Tenchu: Wraith of Heaven. Finally, there is one more character who long-time fans will be excited to control. You can use this person only after you complete the above four scenarios and to utter his name would be a bit of a spoiler, so I’ll leave it to you to figure it out. Everyone has their own story, and at times, they will interact with each other. All stories consist of eight missions. During the beginning and end of the missions, tidbits of story will play and get you ready to start doing what the characters in Tenchu do best: delivering swift, silent deaths to their foes.

Time of the Assassins plays similar to the Playstation 2 Tenchu titles, and nothing like the abomination that was on the Nintendo DS. Sorry, but that game still leaves a sour taste in my mouth. After selecting a character, you will be given some story tidbits and a mission objective. Then, you will be taken to the item screen where you can select which items you would like to bring for the upcoming mission. As the mission loads, you will be given three hints on how to succeed. Stealth still plays a major role and all of your tricks are available to you such as grappling onto rooftops, crawling through shrubs and hiding behind walls. To succeed in Tenchu and achieve the highest score possible, you need to rely on your Ki meter and use stealth to execute instant kills. The Ki meter will change in color and number depending on whether or not the enemies see or hear you. Does all of this sound familiar? Fans of Tenchu will pick up this game with no hassle at all, since this is what you are used to. One of the things I have always admired about Tenchu is that they rarely stray away from a formula that works (DS game SO not included) and Time of the Assassins is a perfect of example of the saying, “If it ain’t broke, don’t fix it.”

This doesn’t mean that the game is without problems. Sure, the core formula works and is fun for the most part, but there are some issues that could have been fixed. Most of them have to do with the graphics, which end up effecting the player. While ancient Japan is always fun to visit, many of the areas are dark. While this is child’s play for ninja, it isn’t child’s play for someone controlling a ninja. Because of the darkness, you’ll likely run into an enemy even if your Ki meter is used properly. It can get frustrating, because most of the characters in Tenchu aren’t the best when it comes to melee combat. Once again, enemies are borderline mental and will become alert for a few seconds at the sight of a dead comrade but then forget about it a few seconds later. Your mileage may vary with this, but for me I was ready to have some smarter enemies. Bosses can be especially troublesome given how wonky the camera can act some of the time. While guarding and strafing will center the camera, there are times it acts too slow and can mess you up. These are problems that have come up since the original Tenchu. By this point you would think a better camera would be somewhere in the picture. It doesn’t make the game unplayable, but it would boost the score a bit.

Aside from that, Tenchu: Time of the Assassins is a fun game. Most of the music has been recycled from earlier Tenchu titles, and the voice acting is about what you would expect. There is a two player mode that will never get touched, and you have the option of replaying old stages as much as you like in order to boost your score and obtain new items. Finally, there is a movie gallery that lets you view any FMVs you witnessed during the story. Despite the issues with the glitchy graphics and camera, this is a game I highly recommend to fans of the series. I know the thought of importing it is less than appealing, but if you’re a Tenchu fan then you owe it to yourself to give this a shot. The time of the assassins is now, so let the stealth killing begin!