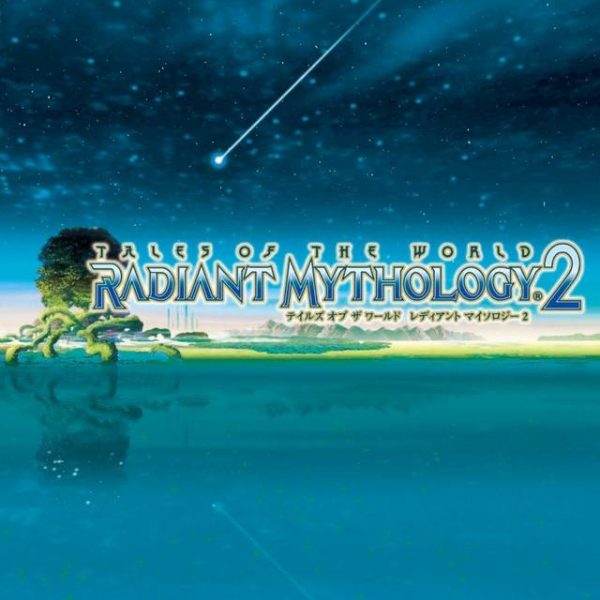 Well, here we are again, folks! We are examining another Tales title that never made it to the USA. This time, we are looking at another edition in the “Dream Series” of Tales called Tales of the World: Radiant Mythology 2. While it is slightly improved from the first game, it still isn’t solid enough to be a winner. Similar to games like Tales of the Tempest and Tales of Innocence, I can understand why the higher-ups nixed the idea to release this game in the west.

Some improvements are apparent from the get-go. After a much deeper character creation system, you will see that the visuals look sharper and the music is clearer. In other words, the graphics and sound were slightly improved from before. Anime cut-ins of the characters now show up during Mystic Artes, which was missing from the first Radiant Mythology. Like before, your character will change in appearance depending on what is equipped. Personally, I liked this, despite the fact that the equipment with higher stats often times left my character looking ridiculous. Depending on the job your character is, he or she will look intimidating or like a bag-lady. Speaking of jobs, there are many more this time around that will give any type of player something to enjoy.

The biggest improvement is the roster. The grandest feature for Tales of the World is that you can add up to three characters from previous Tales games to your party. The possibilities are nearly endless thanks to the 50 characters that join the fun. This time, thankfully, all of the characters who show up can be recruited for your party. This is easily the best aspect of the game because it gives you the chance to check out characters in a different manner. For instance, using Veigue Lungberg or Chloe Valens in battle means seeing them in 3D as opposed to 2D. Like I said, there are nearly limitless possibilities to build your dream party.

Battles are the same, but this isn’t a problem since the battle system from before worked well. They are similar to those found in Tales of the Abyss, thus any Tales pro will chain attacks together with a basic combo, then a normal Arte and finally an arcane Arte to rack up that combo count. During battle, you can switch your playable character on the fly. You can use items as well as issue commands. The AI is slightly more competent, but you’ll continue to find them wasting TP. Another feature is over limit mode. As you give and take damage, a meter fills up under your character’s portrait. If you hit the two shoulder buttons, you enter over limit mode which not only prevents them flinching from an enemy hit, but also greatly increases attack power. If certain requirements are fulfilled, you can execute a mighty Mystic Arte.

That’s all well and good, but the problems from the first game made their way into Radiant Mythology 2. The story is just as boring as before. It’s about the Descenders, a mystical race that stopped the destruction of the world many years ago. Now, a new Descender (i.e. you) has been created from the World Tree. You know what that means, right? Yep, death and destruction are probably somewhere in the not too distant future unless you do your thing and save the world. This death and destruction is due to monsters known as Larva, which are scientific creations developed for evil. As a Descener, you will join the Van Eltia and sail the world as you right wrongs. I really like that the game takes place on Chat’s ship from Tales of Eternia. Aside from that, the story progression is as monotonous as before. You will have to accept random fetch quests or monster-killing quests until you get to a point where a story related quest pops up. I understand that this is a classic way of doing things and I also understand that cross-over titles usually lack a solid story. However, this one came as a disappointment.

One final thing to point out before we conclude is that the game is entirely in Japanese. Veterans of the series will be able to get by without much hassle, but the bad thing about this is that you will miss out on some excellent dialogue. You see, when a huge cast of Tales characters join together and discuss life, you can really see their personalities shine. It was nice to see that all of the characters remained unchanged as they got onboard the Van Eltia. But, for non Japanese players, you will have no idea what they are saying. For those who must have at least some of the game in their native tongue, there is a lazy patch available. By lazy, I mean they only translated the menu. Pardon my soapboxing, but if you are going to make a patch you should do it properly. Don’t just translate the menus; translate the entire thing!

Ahem. In conclusion, Tales of the World: Radiant Mythology 2 improved certain aspects from the first game. Unfortunately, the dry formula for story progression and the lack of an intriguing plot give little incentive to make it worth a purchase. True-blue Tales fans will certainly enjoy making a party of their favorite characters and hacking up a few enemies. However, it gets stale very quickly. For the most part, this is one Tales title that isn’t worth the time.