Crying more tears of vermilion in the moonlight.

I’m too upset to think of witty taglines. 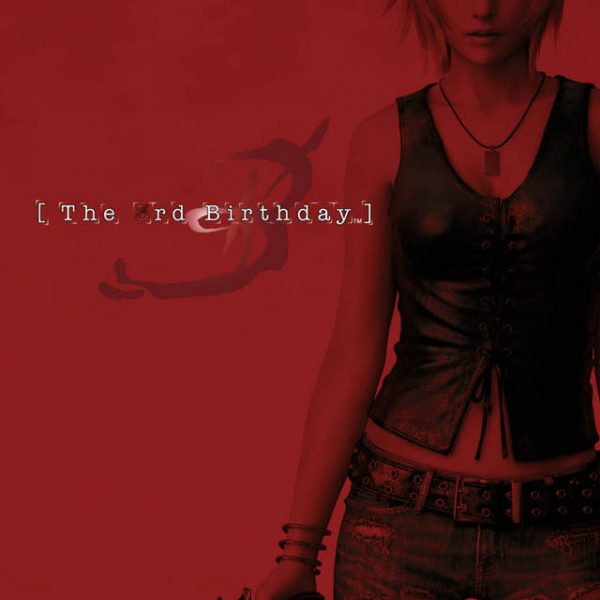 The 3rd Birthday is a story of woe and sadness. Specifically, my woe and sadness. I’m talking “I want to cut myself emo-style” woe and sadness. I had high hopes for the return of Aya Brea, the queen of fierceness. When I heard that she’d be back, I was ecstatic. Will she be a member of the NYPD again? Maybe she’ll be back in California? Yeah, none of that went down. I hoped to fight mitochondria creatures. I hoped to be using Parasite Powers. I hoped for customizing guns. Good lord, how I hoped. Alas, none of these were realized. Calling this Square action/RPG the blunder of 2011 would be generous. Honestly, I’m not feeling generous because I’m pissed off by the fact that Square took a unique series, character and concept and turned it into something that will appeal to the teeming fraternity boy masses. There’s so much wrong with The 3rd Birthday on the surface and gets worse and worse as more layers get removed.

This applies to the game as well as to Aya’s clothing. Initially in Parasite Eve, she wore a sleek black dress followed by a leather jacket, a tee shirt and blue jeans. Not once in that game did she appear as an object of fantasy. She remained flashy, but not trashy. The same can almost be said for the game’s sequel. In Parasite Eve II, she wore shorts, a jean jacket and a white top. Yes, there was a shower scene, but it didn’t mar the entire experience and didn’t last long. Aya Brea has also been known for a strong personality. In both games, she had wit. She had a diva brassiness. She wouldn’t take crap from any man or monster due to her stubborn nature. The 3rd Birthday alters all of that for the majority of the game. Aya works as a special agent in an undercover lab called the CTI Bureau. She has the unique ability to dive into the consciousness of soldiers from the past. This ability is called Overdive and it’s the only hope NYC has left to kill monsters called the Twisted. This will, hopefully, save mankind. She gets bossed around by jerk bosses, she whimpers at the sight of anything squeamish, she conveniently has amnesia and she dresses in a risqu&eacute; manner. I thought this was Aya Brea, not Lara Croft! By the time Aya actually begins to resemble her former self, it feels rushed. The 3rd Birthday’s story is convoluted and contrived. One minute she’s a lost babe in the woods, but the next minute she’s the Miss Brea we knew since 1998.

Playing as Aya is just as bad as the story during the majority of the six chapters. Each chapter is divided into segments and usually each segment has a pit stop for Aya to recover her health and ammo. On the battlefield, players control Aya as she Overdives into soldiers. When her energy runs out, she can switch to another soldier on the battlefield. As long as there’s a soldier, she’ll survive. Basically, these men act as sacrifices for Aya. Taking a cue from action games, The 3rd Birthday uses an over-the-shoulder sight system that would be better if not for the aggravating camera angles and Aya’s ability to barely dent her enemies. Basically, you have to destroy the enemies using various fire arms. You have the ability to focus all of the soldier’s fire on one enemy, which is more effective than trying to solo an enemy. On the normal difficulty, the Twisted are ruthless, powerful and love juggling Aya with their claws, teeth and talons. Aya does have a few trump cards, though. For one, she can Overdive into the Twisted and implode it. This will leave Aya stunned, but the damage caused is excellent in comparison to damage caused by her bullets. When the meter that is below her health bar gets filled, she can enter Liberation. This allows her to do more damage and Overdive more rapidly in an enemy. Her guns can be upgraded with battle points (BP) that are obtained from killing enemies. In addition, she’ll gain experience points and DNA data. DNA data allows you to upgrade her stats as well as grant special bonuses. In the end, Aya will be off hopping from soldier to soldier, using all the ammo she can find, attempt to “dodge” enemy attacks with the X button and survive. The levels are at least 20 minutes long and have you fighting the same two enemies over and over again in various open rooms, mitigated by fighting the same two enemies over and over again in various corridors.While all of this is going on, you have to deal with a fickle camera and Aya’s clothing becoming torn to show off the amount of damage she has sustained. Brilliant, Square. Rip her jeans just so that a cheek is showing. You’re not trying to give gamers the wrong impression. No, not at all. You can only imagine how bad it gets when she gets other outfits that start to rip apart when she gets slashed about. A Santa Clause outfit? For real-real? Not for play-play? Now, when the camera isn’t acting up, the action does have some highlights. The best are a few of the missions in which you Overdive inside a tank or a helicopter and start blasting Twisted to high heaven. These are so few and far between, though, that they seem as if they’re more like apologies for making you endure the majority of the frustrating missions.

Le sigh. At least there’s one thing good. Aya looks good, especially when she’s not covered in blood. The 3rd Birthday’s graphics are impressive. Fantastic movies show off the capabilities of the PSP. Monsters and characters look detailed and–oh who the Hell cares? I’m preaching to the choir. Square never fails to deliver a pretty looking game. It sounds pretty, too. In fact, some of the music comes from Parasite Eve. And some of you might care that the GORGEOUS Jensen Ackles (call me!) and Yvonne Strahovski lend their talents to a lacking script. Some of you might care that the gunshots, explosions and cries of pain from dying soldiers sound as they should. Some of you might care that the dubbing is close to 100% spot on.

I just can’t care at this point because everything that I thought Parasite Eve was has been ruined by The 3rd Birthday. Completing the game unlocks outfits, cheat codes and new difficulty levels. Those sadistic enough to go back for more can try to achieve special feats in each mission. But, the bottom line is this: finishing the game once means that the game is over and that you can focus on more important games. Truthfully, anything is better than playing through The 3rd Birthday once. I’m not sure who in their right mind would go back for more just to see Aya in different, scantily clad outfits. You can find stuff like that on the Internet. After all, The Legend of Heroes: Trails in the Sky happens to be out now and is just yearning to get the attention it deserves. The 3rd Birthday is a huge let down, especially for fans of Parasite Eve. I recommend not playing this game, no matter your familiarity with Aya Brea. It’s frustratingly difficult, it lacks substance and most importantly, it objectifies women. If you need your Aya Brea fix, I suggest replaying Parasite Eve and Parasite Eve II.