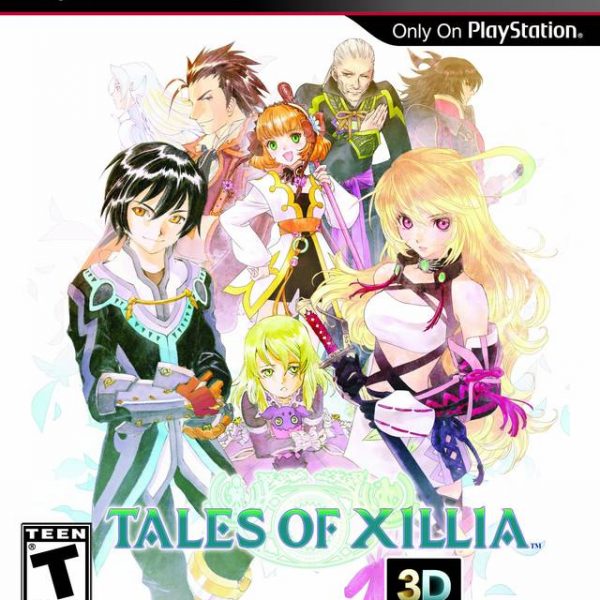 I don’t know about you, my dear readers, but 2013 has been one of the craziest years of all time. Thus, it’s nice to know that things like video games are still around to ensure that I stay sane and grounded. Another entry in my favorite franchise of all time has arrived and the timing could not have been more perfect. Tales of Xillia, a title made exclusively for the PS3, is a great game that marks the 15th anniversary of the entire series. While upsetting in certain areas, it still delivers a solid experience that fans of the series will enjoy.

From the start of the game to the ending credits, one thing remains certain: this game is pretty. Taking a page straight from anime, Tales of Xillia is colorful, vibrant and fantastical. Characters look great and their styles can be altered to your liking thanks to a variety of accessories and hair styles. With a fully rotatable camera, you can explore the gorgeous scenery from any angle you pick. Many of the locations might seem familiar to you such as a sewer, a snow field and an abandoned mine. However, that doesn’t stop them from being visually stunning. In combat (which I’ll excitedly go over in a minute) you will witness some of the most fluid fighting to date. The only real downer is that Mystic Artes aren’t as flashy as before. The anime cut-ins are there, but watching most of these ultra-powerful attacks unfold isn’t as wow-inducing like it was Graces. Another thing worth mentioning that isn’t wow-inducing is the music. Alas, the tracks in Xillia are forgettable. While the music is better than it was in Graces, it doesn’t deliver a solid experience. Of course, that hasn’t stopped me from listening to Sanctum of the Spirits on a loop. Finally, the voice acting may take a bit of getting used to. Most of the voices are fine, but then we get to Milla’s voice. *sigh* At first, the lisp was a bit off-putting. Just go with it; it’ll grow on you eventually.

Alright, with the housekeeping stuff out of the way, we can focus on delicious meat and potatoes of Tales of Xillia. For the first time in the series, players can pick one of two protagonists to use. While the story doesn’t differ much, there are some differences that make the game worth seeing more than once. The first character is Jude Mathis, a medical student who irrevocably gets involved with a conflict that involves forbidden research. The other character is Milla Maxwell, an embodiment of the greater spirit Maxwell. Taking the form of a busty 20-something female, Milla is on a mission to save the spirits. With the aid of the four great spirits Sylph, Gnome, Efreet and Undine, she meets Jude in the town of Fennmont. This chance encounter will alter both of their fates as they discover the secrets of their world: Rieze Maxia. Like I said, it doesn’t matter who you pick because the events unfold the same way for the most part. In classic Tales fashion, Jude and Milla will meet a variety of great characters who join them on their quest, aid them and/or attempt to stop them in their tracks. My personal favorite character is Rowen Ilbert, an old butler who uses magic and music to wreak havoc on enemies. Historically speaking, characters and their chemistry were never an issue with Tales, but the story was a different matter. Tales of Xillia not only has a great cast, but it has a great story as well. It won’t keep you guessing and it won’t throw you any surprises, but it will keep you coming back for more thanks to the immersive world and characters.

However, even if you were to skip through all of the story events, the battle system would be enough to make you keep coming back. Battles in Tales of Xillia combine some of the best features found in Graces and Vesperia, while also implementing new ideas that keep each encounter exciting. Each character can move freely around the field, chain together with basic attacks and perform Artes. Similar to Grace’s CC System, Xillia uses AC to determine how many actions a character can do. When that number reaches zero, they will only be able to move and defend. This means you can perform a nonstop flurry of basic attacks, Artes or a combination. Each character has a unique ability in battle, too. Jude can perform a back-step that makes it so he ends up directly behind an enemy, leaving them vulnerable. Similarly, when Leia dodges with a back step, her staff will double in length. Rowen’s magic will direct you to input various prompts to add damage and hits. This feature alone makes Xillia fun, but where it truly shines is in the Linking System. With the push of a button, your character can link with another character. This not only adds a new level of strategy, it also makes it so certain pre-equipped skills effect each other in battle. If that wasn’t enough, characters have unique linking abilities, too. If you are linked with Jude and get knocked down, Jude will rush to your side and heal you. If you are linked with Milla, there is a chance she will bind enemies in a barrier. Oh, but there is more! As you fight your foes, a meter builds up on the left of the screen. If you are with the right person and perform certain Artes, you will be able to hit another button to perform a devastating Linked Arte. The meter is divided into four sections. When it reaches the top, you can chain the Link Artes together for as well as perform a Mystic Arte.

When the battle ends, you’ll earn experience and money. Leveling up will slightly increase your stats, but it will also net you Growth Points. GPs are used on each character’s Lillium Orb. In lieu of a traditional leveling system, Xillia lets you grow your characters to your liking. You will learn new Artes, skills and increase your base stats. Fans of games like Mana Khemia and Final Fantasy X will pick up on this system easily. For Tales of Xillia, it works very well.

Battles are a bucket of fun, but there are a few issues that make things problematic. The first is that the game can experience some heavy slow-down. For a game like Tales where battles are fast and fluid, slow-down ends up being a real downer. The biggest issue is with the boss battles. Usually, bosses are something to look forward to in a Tales title. Most of the time, bosses will need to take a high combo hit before they essentially erupt, blasting all characters away and they go into an Over Limit type of state. This means that the boss won’t flinch and will likely perform a deadly Mystic Arte.

In Tales of Xillia, all of the bosses will sustain only a few hits before a blue exclamation point appears over their head. This indicates they are about to burst and send the attackers across the screen. Unfortunately, this drags out boss fights longer than needed. Not to mention, they still have their own version of OL mode. While they have their shining moments, boss battles aren’t the treat they usually are in a Tales title. The towns are another disappointment, especially when it comes to the shops. Usually, going to new cities means getting the chance to buy new gear. Unfortunately, the only way to get the ability to buy new gear is by trading in monster parts that you earn from treasures and battle. While there are plenty of options for weapons, armor, accessories, items and food, getting all of them is a major time sink. As is typical for an RPG, the towns have locales to chat with. Some of them will provide you with a side-quest to fulfill. This wouldn’t be such a pain if nearly all of the side-quests weren’t so time sensitive. Aside from these issues, the towns are SOP.

Despite Tales of Xillia being an anniversary title, it only offers about 30 hours of game time. If you wish to see it all, however, you can easily double that amount. Trophy hunters will be glad to know that this title is easier in terms of trophy collecting in comparison to Graces f. One of the things that folks will incessantly gripe about is that Xillia lacks “content.” I disagree with these bozos, but I will also say that Xillia is not a perfect game. In the end, it’s another entry in my favorite series that provided me with plenty of hours of fun. The issues with it can usually be overlooked and, in the end, you are left with a solid entry in this long running franchise.