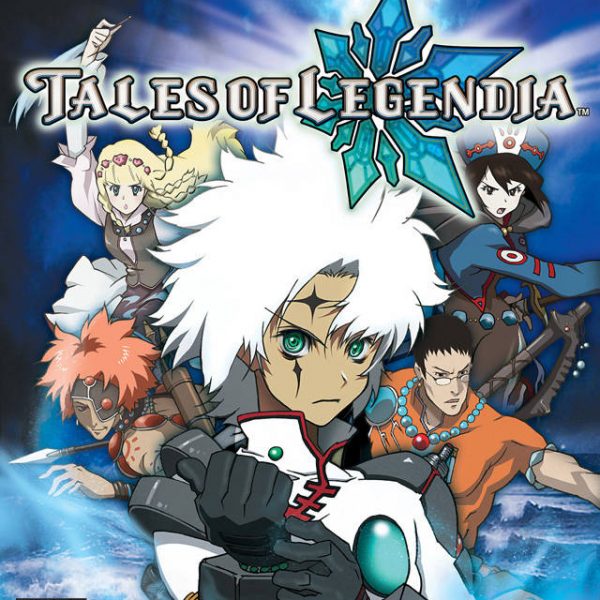 Author’s Note: This review was originally published on April 7th, 2006.

The Tales series will always be my favorite series. With each new Tale, there are cool things added to the games that make me coming back for more. The latest in the series, Tales of Legendia for the PS2, has added some cool new features, but not only are some of the features anything to be excited about, the entire game lost that feeling that made a Tales game…well… a Tales game. Why you ask? It all comes down to expectations.

The story stars young Senel Coolidge. He is a brash young man who fights first and asks questions later. He and his little sister Shirley are aboard a tiny ship, fighting the elements when all of a sudden a giant mass of land comes out of nowhere and maroons them. It turns out that this giant land mass is The Legacy, an ancient ship the size of continent from eons ago. The Legacy holds countless secrets, countless dangers, and an unexpected adventure for Senel and Shirley. Once Shirley is taken away, it’s up to Senel and some friends to save his sister from the peril ahead. Along the way, Senel will learn much about himself, as well as about Shirley and some secret powers that she possesses.

Typical, right? You have to save your sister because she has some hidden power that the dark forces want to unlock. What’s also typical is that Senel is a cookie-cutter reluctant hero who eventually warms up to his friends. The two central characters may not have much as far as originality, but the other characters you get are some of the most endearing characters I’ve seen in a long time. For example, there is Norma, the treasure-hunter who gives nicknames to everyone and Moses, the southern accented bandit who is loyal to a fault. I really liked getting to know these characters. While on the subject of characters, let’s talk about the story. For the most part, it’s pretty standard that a Tales game doesn’t the most original ideas for a story. There are certain things that are predictable and it follows a very linear path. On the other hand, however, some of the things about the story were quite captivating. Learning about the history of The Legacy was really cool, not to mention something that kind of relates to certain issues in the world. Once you complete the main scenario, you are only half way done with the game. Tales of Legendia has character quests. The character quests play out just like the chapters did in the main scenario. Each one is about one character, allowing you to learn more about their past and what makes them tick. Only after you complete these is the game fully completed. To sum up, I wasn’t expecting much out of the story and I got what I expected. It was good, but not great. From the characters, however, I expected more. Senel and Shirley are two of the most annoying characters I’ve encountered in any RPG. Sure, you had Norma and the others to make up for them, but after enjoying playing as Cress, Stahn, Lloyd and Reid, I had high expectations for Senel. I also had high expectations for the game play.

For a ship, The Legacy has an abundance of towns and dungeons. In towns, you can do your typical stuff. There are shops, people to chat with, and treasures to find. The town of Weiretes Beacon is where you can bake. Remember the Wonder Chef from previous games? Well, he has been replaced with Mimi the Wonder Baker. So instead of cooking, you have baking. I didn’t think that there’d be much difference. However, baking was actually a cool idea. Recall, if you will, that when you cooked, you automatically felt the effects. In baking, you get the cooked piece and you can eat it whenever you want. This also has its downsides, however, because there is only one place where you can bake and it requires a special item called a baking set to use. Besides this change, things are the same as they are in any RPG. Battles, on the other hand, have been changed.

I’m not going to lie. With the battles I expected Tales of Symphonia part two. I didn’t get that. When it hit me that this was ToL, not ToS, I opened up a bit more to the battle system. However, there are some serious faults with it. This is unfortunate, because with every new Tales game I play there are some cool improvements to the classic, real time battles. Don’t get me wrong, there are improvements, but some of the new additions themselves require some improvement.

Your default character is Senel, a martial arts master. I liked the fact that the main character fought with fists, not a sword. If you grow uncomfortable with him, you can use Chloe. She uses a sword and fights similarly to Lloyd. Anyways, you enter a battle randomly in a dungeon. These happen a little too frequently. Attacking and creating combos is much faster paced than in the other Tales games. On the positive side, you can create high numbered combos right away, but on the negative side this makes the game easy. In fact, you can win the entire game without using any special moves. Senel attacks so fast, button mashing is a sure-fire way to achieve victory in most battles. However, some of the super moves are way cool to execute. The term for “magic” in this game is called eres. Iron eres are for fighters and crystal eres are for mages. With iron eres users, there are base, arcane, and compound eres. Base eres are learned at level ups, arcane eres are learned after a base eres is used 50 times, and compound eres are combinations of eres that are super-powerful, but only work on a specific type of foe. Killing your foes has never been so much fun because there are some truly, kick-ass iron eres. Senel can also throw enemies that are on the ground.

For the mages, crystal eres are learned by gathering eres stones. This is the one thing that I hated about the game the most. I’m sure most of you know that in RPGs, monsters will drop an item with a certain percentage. This is true in Tales of Legendia. However, besides items, they drop eres stones. Each crystal eres requires a certain number of two types of eres stones. Learning magic has never been so annoying. The higher level spells requires thousands of certain monster stones, and it can get so frustrating when you constantly fight the monster with no results. Magic is quite a potent force and for some unknown reason, they could’ve have had the characters learn in a much better way.

You have four characters in battle at a time, three of which are controlled by the AI. However, the AI isn’t so bright. For whatever reason, they’ll often just stand there and take hits while you do all the work. Above the character portraits is the climax meter. Landing hits fills this up, and you can enter climax mode when the bar is full. This freezes time and allows you to land a super huge combo against an enemy. This is really useful against bosses. Speaking of bosses, there are some cool boss fights in this game.

So how do I feel about the battles, overall? I didn’t get what was expected, like everything else, but in the end I enjoyed the system. It felt a bit clunky at first, but I got used to it eventually and I’m sure you will, too.

In terms of graphics and sound, everything looks and sounds great, respectively. With the graphics, the characters look amazing in battle, as do their skills and magic. Off the battle field, not so much. The background and environments range from bland and boring to beautiful and colorful. The music is sort of in the same department; tunes can be annoying and jazzy or beautifully orchestrated and fitting for the current environment. There is a plethora of voice acting in this game, and for the most part it was done rather well. I’m sure some otakus are going to complain about not being able to switch to Japanese voice acting, but people like that are lame and their opinions don’t count. Finally, and traditionally, there are multiple anime cut scenes tossed in the game. I would’ve loved to see more than what was offered, but expectations were not met.

Beating the entire game takes 70 hours. This means the main scenario and all character quests. You get access to the GRADE points shop featured in ToS, so you can get new stuff added for the next play through. The question is, however, will you want to play again? For me, I probably will just to try out new characters. When it comes down to it, I did enjoy certain parts of ToL, but other times I felt like I was forcing myself to press onward. RPGs should never do that if they are to be enjoyable. I didn’t get what I was expecting with Tales of Legendia. Still, it’s a game worth checking out if you’re a Tales fan. If you’re looking for a new RPG, however, I say go with something else.