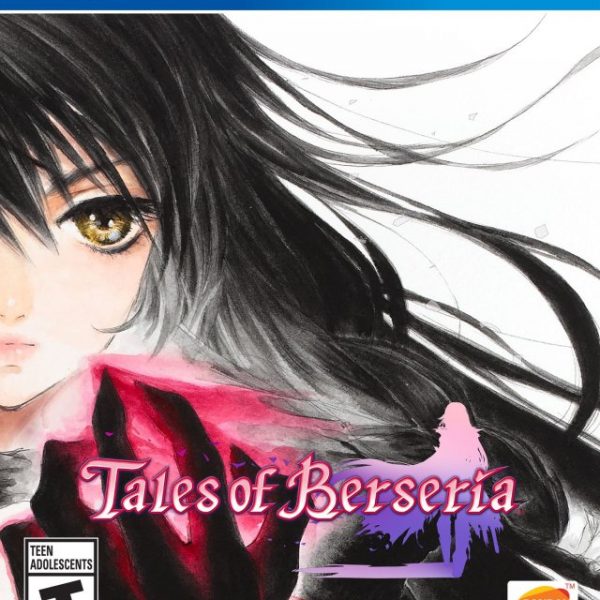 Tales of Zestiria was one of the biggest disappointments in Tales of history. The camera during battles was disastrous. The AI was terrible. The limitations for building a party discouraged experimentation. The majority of the Artes were useless. And I could go on and on. Here’s the good news: Tales of Berseria is exponentially better in nearly every way. If you’re like me and felt burnt by Zestiria, then you’ll be excited to know that Berseria will reinstall your faith in the series. It’s not a perfect game, but it comes damn close.

Tales of Berseria takes place many years before the events in Tales of Zestiria. You don’t have to have any prior knowledge of Zestiria in order to appreciate Berseria. The game begins in a dark and dreary prison called Titania. Taking a slight cue from the first Dark Souls, we see a werewolf get thrown into a jail pit only to be devoured by the game’s heroine: Velvet Crowe. Velvet, a woman with the best black hair in video game history, has lived a miserable life. Her older sister was killed (while pregnant, no less) by monsters. Her younger brother, usually bedridden with an incurable illness, was murdered by her brother-in-law. To top it off, on the night of the murder, Velvet was granted the power to consume and eat daemons through the use of a giant, claw-like arm. The only thing that is keeping Velvet alive is the promise of vengeance for her younger brother’s murder. Finally, Velvet has been given the chance to escape Titania and will stop at nothing in fulfilling her objective.

As you can tell, Tales of Berseria’s takes a dark turn from the usual formula seen in the series. Every Tales of title deals with themes of death, but Berseria’s keeps it at the forefront. Velvet has grown into a ruthless, cutthroat individual that will use any means necessary to get her revenge. Her goal never falters. In usual Tales of fashion, Velvet is joined by a fantastic group of characters: a demon on a quest to kill his brother, a cursed pirate, a witch who always seems to have a trick up her sleeve, a young boy with no emotion that looks eerily similar to Velvet’s brother, and an ex-member of a group called The Abbey. This unique combination of personalities, plus the villains that they must face, give Tales of Berseria one of the strongest stories in the series. I knew that the characters would be solid, but the story surpassed my expectations.

Velvet and her friends will travel through a variety of locations in order to ensure Velvet gets her revenge. Some of the traveling is done on the Van Eltia, a pirate ship that has been featured in other games in the series. In towns, you can speak with townsfolk, watch skits, and shop. One problem with shops is that they are always changing their gear. While I’m beyond happy to say that the terrible equipment system from Tales of Zestiria is gone, the one featured in Tales of Berseria leaves much to be desired. Once again, you will gain a metric-crap-ton of gear from monsters and treasure chests. The unfortunate thing is that you’ll get the same stuff. For future installments, I hope we can go back to a traditional equipment system. Luckily, there is some fun to be had with the one featured in Tales of Berseria. You can upgrade your equipment to unlock new skills. Plus, each piece of equipment has a level of mastery attached to it. Once you master the skill, it’s permanently stuck on that character. There are tons of passive skills to learn and there is no denying that sense of excitement that comes with upgrading your gear to make them more effective. On the other hand, scrolling through your cluttered inventory is tedious. Aside from that, you are able to cook, send out a scouting ship to find new items, play a variety of fun mini-games, and much more.

Keeping with the trend from Tales of Graces, Tales of Berseria doesn’t have a world map. Instead, you will travel across various sorts of fields to reach new towns or dungeons. This is another minor flaw with the game. While the new locations are pleasant at first, they start to lose their appeal after you realize you’ve been in them for longer than necessary. Most areas are too wide and barren. They may have a side path here or a crawlspace there that leads to a new treasure, but nearly every location could have been trimmed. To add insult to injury, running speed is slow. Eventually, you’ll unlock an item called the Geo Board that lets you move faster, but the difference isn’t too noticeable. Despite the size of the places, the promise of combat mitigates their padding. Combat in Tales of Berseria is probably the best in the series.

Characters can move freely on the battlefield and fully rotate the camera. All characters have access to an Arte Tree that can be mixed and matched to your liking. This provides a huge amount of flexibility and combo potential. In order to use these Artes effectively, you need to monitor the Soul Gauge. Similar to the Force Cubes in Tale of Rebirth, characters in Tales of Berseria start battle with three souls represented by blue diamonds. Using their Artes consumes parts of the soul, which gets shown in red. While you can perform Artes sans souls, they won’t have much effect. The key to not only refilling souls but gaining more than three is to inflict status ailments on your enemies, dodge attacks, take advantage of enemy weaknesses, and/or defeat an enemy. The more souls in your Soul Gauge, the more Arte combos you can perform. Guarding and remaining idle will restore the Soul Gauge, but proper use of Artes that inflict status ailments is the key to victory.

Of course, there’s more. Each character has a Break Soul that will remove one soul. These are powerful attacks that can be chained at any time during a combo. Using Break Souls also allows characters to restore some of their energy. For instance, Velvet’s Break Soul unleashes her daemon arm and lets her finish a combo with a unique Arte that focuses on the enemy’s weakness. Alongside the Soul Gauge, each character has a Blast Gauge. You can fill the Blast Gauge by using a Break Soul. The Blast Gauge allows you to swap characters and perform Mystic Artes. There’s a lot to get used to with the combat system. At first, things might be slightly confusing. Over time, you’ll actively seek out enemies just for the chance to participate in another battle. With multiple difficulty options, some tough bosses, plenty of Artes and a party of unique characters, the combat in Tales of Berseria is its best feature. I have nothing negative to say about it.

Tales of Berseria looks as fantastic as it (usually) plays. Despite the game’s grim tone, there are lively towns, pleasant beaches, gem filled caves, and breathtaking mountains. Velvet and her team will fight unique enemies with flashy skills and magic. There is a level of detail displayed that shows an impressive amount of care. This is seen from the clouds moving across the sky while standing on top of a hill to the reflective effects from the spell called Kaleidoscope Ray. As usual, there are some high quality animated cut scenes thrown in. The music, mainly composed by Motoi Sakuraba, has a great amount of variety. Both English and Japanese voice acting is available. The Tales of series is usually no stranger to excellent presentation, so expectations were met in Berseria.

I’ll admit that my first time through Tales of Berseria took nearly 75 hours. That’s due to me seeking out combat, seeking out new NPCs to speak with, and participating in a few of the mini-games more times than I should admit. Most people can finish the game in about 40 to 50 hours depending on the level of difficulty they select. Those that wish to do everything are looking at over 100 hours of game time. Tales of Berseria’s fantastic narrative and combat allow me to recommend the game to all fans of RPGs. There are still a few places where it messes up, but the important thing to remember is that the game is miles ahead from Tales of Zestiria. Tales of Berseria is proof that a game series can recover from its mistakes. Check out Tales of Berseria so you can devour all it offers.

Overall, 9/10: The Tales of series has regained its spot as my favorite video game series of all time thanks to Tales of Berseria.