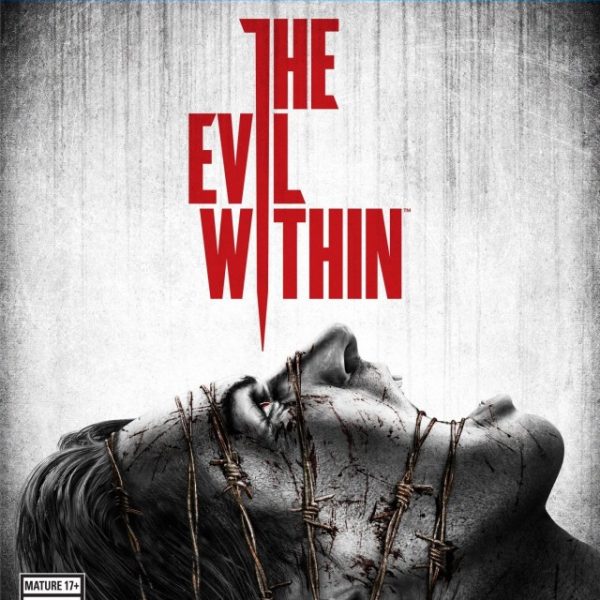 The Evil Within is a shocking and gory survival horror game that uses the terms “survival” and “horror” to the fullest effect. This game is not for the faint of heart. Nor is it for those that enjoy easy video games. Everything about the genre that you either love or hate is here in The Evil Within, but there are some archaic design choices that make it hard to recommend. Every moment of celebration over seemingly insurmountable odds ends too quickly due to the game being downright mean.

Directed by Resident Evil creator Shinji Mikami, The Evil Within has a promising start. It stars detective Sebastian Castellanos, a ruggedly handsome man that arrives at the scene of a mass murder in a mental hospital. Accompanied by his colleagues Joseph Oda and Juli Kidman, Sebastian ends up witnessing fellow officers getting slaughtered by a hooded man with burns on his face. Seconds later, Sebastian gets knocked unconscious and ends up in a deranged, frightening world. His colleagues are missing and Sebastian has to escape this world of madness before the hideous creatures within it tear him limb from limb. It’s clear that The Evil Within is attempting to create a world that is equal parts gory and psychologically horrifying. It definitely starts strong; Sebastian seems like a no-nonsense kind of guy with an immaculate hair style that never falters. The villains encountered are chilling and terrifying. However, around the fifth or sixth of the game’s fifteen chapters, it becomes clear that Sebastian is a one-dimensional character that lacks depth. By the time game ends, there are too many unanswered questions.

When you take control of Sebastian, it’s clear that players of modern Resident Evils will have an advantage. The Evil Within uses a familiar third-person perspective. You can rotate the camera 360 degrees, but most of the time you’ll want the camera behind Sebastian. He gets thrown into one terrifying world after the other. As you explore them, you will find collectible documents revealing more about the characters, ammunition for guns, Green Gel which can be used to power up Sebastian, and parts for the Agony Crossbow. The Agony Crossbow is Sebastian’s greatest asset in this game because it can shoot various types of bolts that have amazingly helpful effects. And that’s a good thing, because The Evil Within is brutal. Despite finding supplies on the ground, enemies are relentless and durable in The Evil Within. Instead of relying on headshots and brute force, the key to victory in The Evil Within is using whatever you can find to emerge unscathed. There are health items, but they are scarce. You can burn enemies, but matches are limited. You can sneak up on enemies like you could in Tenchu, but they will be alerted to the slightest noise. In other words, the game is out to get you.

There is usually a way out of situation. If you find a bottle on the floor, do you pick it up and use it as a weapon or do you throw it and distract an enemy? If you come across a trap, do you take it apart for spare parts or do you lure an enemy into it? It’s these choices that keep the game fresh and engaging. Sebastian can take little damage before perishing and most enemies have some sort of one hit kill at their disposal. Thus, it pays to play smart. Whenever you need a respite from the gore fest, you can find the Safe Haven. Here, you can save your game and use your hard-earned Green Gel to upgrade Sebastian’s stats and/or his weapons.

For all of the options available, The Evil Within tends to stumble due to its difficulty. Now, I feel the need to once again remind folks that I have played my share of hard games. They range from the PS2 Shinobi to the modern-day Souls series. I conquered Mario’s lost levels and I stopped Dr. Wily more times than I can count. I don’t mind a challenge, but the checkpoint system in The Evil Within is just nasty. After going through hell, the slightest misstep can cause you to do it all again since the checkpoints don’t show up when you actually need them. Boss battles are exceptionally frustrating because you can’t skip their introductions. For a game on the PlayStation 4, the loading times are inexcusably long. I’m not sure how it fares on other systems, but seeing the loading screen will become a part of the game because Sebastian will die constantly. If it didn’t take long to load and/or if the checkpoint system was more generous, it would be tolerable. Even taking control of Sebastian has some technical issues. The camera has a hard time keeping up with the madness, certain enemies take up the entire screen, and controls lack the responsiveness needed during some tense situations. Things can be overcome and sometimes the challenge is welcoming, but there will be times when you will curse the game and not the game’s enemies for watching Sebastian get killed again.

Granted, watching Sebastian get killed in various ways does have some entertainment attached to it the first couple of times. The Evil Within is gory from the moment you start. The first enemy you encounter is a chainsaw wielding maniac called The Sadist that will stop at nothing from tearing you apart with his weapon. In lieu of zombies, Sebastian has to fight The Haunted: sentient undead with boiled faces, barbed wire around their bodies, and the ability wield grizzly weapons. The environments in The Evil Within are just as varied ranging from villages and cathedrals to bizarre dream worlds. This is a great looking game that takes every chance it can to show bountiful bloodshed. With it, comes the sounds you’d expect from a survival horror game. The music is limited; instead you’ll be hearing groans of monsters, haunting wind blowing and the creaking of decrepit architecture. Clearly, this is a game that relies more on in your face scares than those that get built up. And it works.

Sebastian’s journey takes about ten to fifteen hours, depending on skill, luck and patience. Finishing the game on its standard difficulty unlocks new weapons, character information, and new levels of difficulty. One level called Akumu mode features a one-hit kill mechanic for poor Sebastian. Those that wish to clear the game with 100% trophy completion will have to endure that, as well as a bunch of other tricky tasks. For me, once was plenty. As much as I liked The Evil Within for its creativity and ambition, it fell flat during moments when I needed the game to keep up with me. Even when it did, death wasn’t far behind and it would mean having to start over from the last annoying checkpoint. The thought of doing everything again when the slightest error means game over sounds about as fun as my hand in a meat grinder. Ironically, that situation happens in the game.

Overall, 6/10: The Evil Within is easy to recommend to fans of survival horror games that want a modern look coupled with tense encounters against vile creatures. Just get ready for frustration.