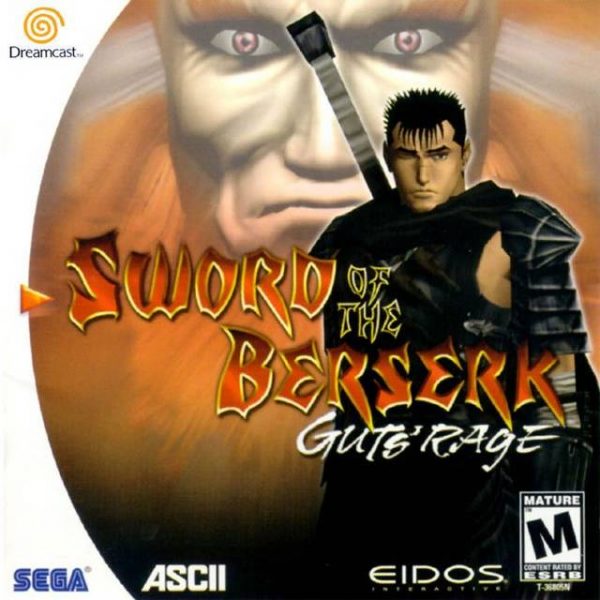 Author’s Note: This review was originally published on May 18th, 2011. During my time with this game, I kept thinking how cool it would be if the Berserk universe was transferred to a musou styled game. Funnily enough, we got one many years later.

Regardless of whether or not you’re new to the world of Berserk, get ready for a macabre tale perfect for the blood lust in all of us. Sword of the Berserk: Guts’ Rage takes place after the events of the anime. Most of Gut’s friends have been killed by monsters and his lover, Casca, has become traumatized. Guts, Casca and the fairy-elf Puck travel the country in hopes of finding a cure. Guts finds a broken down caravan with some travelers. After massacring the bandits that try to attack the caravan, Guts ends up following the caravan to a town. Unfortunately, he witnesses a terrifying sight where humans get possessed by mandragoras. Guts readies his giant sword to stop these creatures.

Guts’ story is exciting, especially considering how much it plays out in full motion videos. There is nearly an hour of scenes that advance the story and show you the dark, decrepit world of Berserk. As a fan of the anime, I delighted in controlling Guts and seeing familiar and new faces transition smoothly to the 3D realm. Sword of the Berserk tells a great tale. The look is perfect for the game’s settings. The sun never shines, the areas are bleak and all of the characters have an expression of sorrow on their face. Oh, and there’s copious amounts of blood. Watching enemies getting sawed in half the first time is awesome and I’ll be the first to tell you that it never gets old. Atmosphere is something this game does not lack. What it does lack, however, is good voice acting. It’s hard to appreciate the sounds of Guts’ sword contacting flesh or the intense music when the voice acting is too campy. While some will argue that it adds to the game’s charm, it’s clear that the developers should have stuck with the original Japanese voice acting and included sub-titles. This choice could have made the game seem more serious.

The issues with the sound don’t take anything away from the game’s level of fun. After all, games like Final Fight had some flaws but they supplied endless entertainment. Guts moves with the control stick and can do a variety of combos with his sword. However, physics can be a nuisance and his sword can glance off of walls and tight spaces. Luckily, Guts has a variety of attacks with his fists and an arsenal of projectiles. He has an endless supply of throwing daggers, a crossbow, smart bombs, a hand cannon and special herbs to recover his energy. He can also jump, slide, guard and evade. Guts can usually hold his own in battle. Bosses can be a real challenge, but it’s nothing a few game overs and a bit of pattern recognition won’t fix. Really, Guts’ biggest foes are the camera and the ankle-biting enemies. The camera can act up when things get too crowded. Without a lock-on ability, Guts will often times be swinging at nothing. Smaller enemies love to swarm Guts. These can be a real pain to hit with Guts’ huge sword.

For the most part, Guts’ quest is fun SOP. There’s fair amount of challenge and things will only feel unfair when you end up swinging at nothing due to a faulty camera. Completing the game will unlock a bonus. It depends on which difficulty level you select. Sword of the Berserk: Guts’ Rage lets you save anywhere. If you use all of your continues, you can restart (assuming you got to it) at a checkpoint. Guts’ mission won’t take very long, but it does offer reasons to play more than once. I’m sure you’ll enjoy it on a different difficulty level if you enjoyed your first go-around. Sword of the Berserk: Guts’ Rage takes a familiar formula, places it in the 3D realm and presents itself as a solid action game. The voice acting needs work and the combat can get the better of you if you let the camera win. But, those who like action games, who like anime, who are familiar with Guts from the Berserk series or who just love a good bloodbath will enjoy Sword of the Berserk: Guts’ Rage. It may not break any ground, but it still has features for everyone to enjoy.