Banish the darkness with blue light. Saviors of Sapphire Wings. 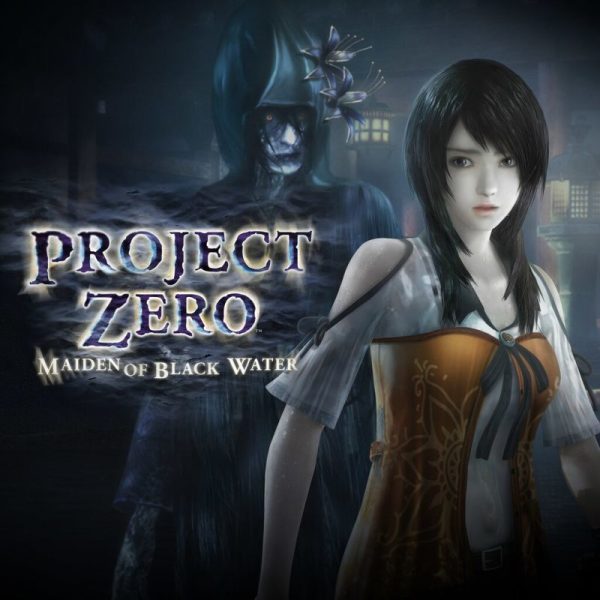 When I learned that the fifth mainline entry in the Fatal Frame series was only going to be released as a digital download only (on the Wii U, of all things) for us Americaners, I was slightly gutted. The series is one of my favorites, and the thought of not owning a proper copy of the game just didn’t seem fair. That was back in 2015. Now, over five years later, Fatal Frame: Maiden of Black Water has finally finally been released physically. The wait was mostly worth it. As a game, Maiden of Black Water feels like a good upgrade for the series. There’s a lot of fun and frightful moments in the game that longtime fans of the series will appreciate. I do recommend this, but there are some downsides.

The prologue of Maiden of Black Water starts with players meeting Miu Hinasaki. She’s been searching for her missing mother, Miku, for the last few years. Her journey takes her to the mysterious Mt. Hikami. Once a popular tourist spot for its lush waterfalls and verdant views, Mt. Hikami is now infamous as a place where young people go to commit suicide. Miu has no intentions of doing that, but she ends up being captured by ghastly beings that look like shrine maidens. The story then shifts focus to the main character: Yuri Kozukata, a reserved and withdrawn girl with psychic abilities. After surviving a tragic accident, she was “gifted” the ability to see ghosts and visions of the past. It came to a point where her powers became too much for her and she tried to take her own life on Mt. Hikami. She was rescued by a woman with similar abilities named Hisoka. Now, Yuri helps Hisoka out at her antique shop near the base of the mountain.

As a side-hustle, Hisoka searches for missing persons through the use mementos to track their trail. The two ladies undertake a request to find a girl named Haruka that, as fate would have it, was last seen near Mt. Hikami. As much as Yuri would like to avoid this cursed mountain, she doesn’t realize that this return visit is only the beginning. Hikami and all of it’s many locations are home to ancient, brutal traditions. There’s a bloody history that is best left forgotten. Sadly, Yuri’s connection to this mountain is the only thing that will not only help her with her psychic abilities, but also aid in figuring out what happened to Miu, Miku, and the many others that were last seen there.

Maiden of the Black Water’s tale is excellent; par for the course for the Fatal Frame series. It can be a bit slow during some of the early chapters; there will even be times when you’re confused as to why the perspective will shift from Yuri, to Miu, or to the third playable character: Ren Hojo. Ren is a novelist that also has mysterious ties to Mt. Hikami. Seeing the game shift from the three protagonists during each chapter might sound daunting, but stick with it. Everything comes together beautifully and tragically as more and more gets revealed about Mt. Hikami. As always, there’s a lot of history and lore that will be discovered through old documents, notes, diaries, journals, and more. The reasons for Mt. Hikami being such an awful place, and the reasons everyone is forced to make return trips there, will be made clear.

Maiden of Black Water is divided into chapters. Once a chapter is finished, you’ll be taken to the main screen to select the next one. Or, you can replay previous chapters. This is a nice touch for the series because it takes away the pressure of finding every secret (which there are a lot of) during an initial run. Before starting a chapter, you can use the points you’ve acquired to buy extra items. This is another nice touch: there’s no need to worry about running out of restorative items or film. You can even adjust the difficulty at will. Very Easy and Easy allow you to enjoy the story and atmosphere without fear of a game over. The default difficulty is Normal. I played the majority of the game on Normal (I’ll explain why I shifted it down in a later section) and had no troubles. All of this is to say that Maiden of Black Water is the most forgiving game in the series.

But, this is still a survival horror game. That means that Yuri and the others aren’t mighty warriors that rely on agility, brute force, or a combination of the two to emerge from the mountain unscathed. As they travel through Mt. Hikami, they’ll find hostile spirits around every corner. Often times, they’ll try to grab you when you’re simply trying to pick up an item. Other times, they’ll act more aggressive depending on how wet your character is. The water itself is one of the enemies in Maiden of Black Water. Enemies will be more damaging the more drenched you get. Luckily, there are items that can instantly dry you off. And of course, there are restorative items like herbs to keep your health up.

The Camera Obscura makes a triumphant return to aid Yuri and the others on Mt. Hikami. Using this unconventional weapon, you’ll take pictures of hostile ghosts to sap their power and cause them to vanish. As a ghost begins to vanish, you can perform a Fatal Touch to learn about how the exorcised spirit became a ghost in the first place. The camera can hold different types of film, each with different levels of power and loading times. When an enemy ghost is on the prowl, you can enter Viewfinder Mode to get the ghost in your sights. Take a picture and you’ll deal damage. It’s the same simple but fun formula that’s been around since the start of the series. To really lay on the hurt, the key is to keep the ghost in your sights and wait until it’s about to lunge at you. The camera will flash red. Snap a picture at this moment to perform Fatal Frame. Not only does this deal more damage than a regular shot, but it also allows you to snap multiple pictures until a timer runs out. Another way to deal high damage is to get as many objects in the shot as possible. The more damaging the shots, the more points you get. These are the same points used to get items before a chapter begins, but more importantly, these points are used to upgrade the camera’s settings. You’ll be able to enhance the Camera Obscura’s damage output, absorption (used to enable special lenses), and more. Yuri and Miu use the same camera. Their’s is capable of equipping up to three unique lenses that have a wide range of abilities. Ren’s camera, sadly, isn’t as fancy. His camera’s unique feature is the ability to take four pictures in rapid succession.

This brings me to my biggest issue with the game: the repetition. Sure, Maiden of Black Water has the usual issues that series is known for such as (sometimes) stiff controls or crowded rooms where you have to deal with multiple ghosts. Those didn’t bother me as much as having to replay the same stages over and over again while battling the same type of hostile spirits over and over again. Yuri’s and Miu’s journeys are guilty of this, but it felt more apparent when playing as Ren. His story wasn’t as exciting as the girls’, and Ren’s camera doesn’t have as much functionality. It can be upgraded with the limited points you’re awarded, but I felt like the points would have been better spent. After the tenth or so chapter, everything surrounding Mt. Hikami and it’s history was pretty clear. But, Ren’s ties to the mountain still had unanswered questions. This ultimately meant going through more of the same motions with a less likable protagonist, and for this reason I would drop the game to its lowest difficulty to just keep things pumping.

Even if the game can start to feel too samey, the game never stops looking and sounding great. Yes yes, the water motif is put on full display when Yuri and/or Miu are soaking wet. It’s Kemco Toei – it’s expected. That aside, the game is stunning. It can be a bit dark in certain areas, but each location and the spooks within are as eerie as ever. This has always been an area where the series shines: haunting locations, moans of the undead, and just a foreboding atmosphere that makes you question why you’re playing this game in the first place. Character motions are a bit stiff, but otherwise feel like an upgrade from how they were on the PlayStation 2. The music is minimal; a solid choice for keeping with the “horror” aspect of a survival horror game. The voice acting can be in either English or Japanese. Given the game’s location, I selected Japanese.

The game feels long, but I was actually done with it in about 15 hours. There are multiple endings, multiple outfits to unlock for all three characters, a ton of things to discover (documents, ghosts, etc.) and an entirely new side-story where you can take control of Ayane from the Dead or Alive series. You definitely get a lot of bang for your buck with Maiden of Black Water. As mentioned, the biggest issue with the game is that it can feel like its outstaying welcome at times. However, if that’s the biggest issue, then it should go without saying: this is another solid entry in the Fatal Frame series. It took a while for it to get here properly, but I think the wait was mostly worth it. Seeing this sort of resurgence feels great. It’s not my favorite in the series, but it shows a strong evolution for it that makes me excited to see what comes next.

Overall, 7.5/10: Fatal Frame: Maiden of Black Water brings an ocean of new horrors to fans. Despite some pacing issues, it’s highly recommended that you dive into the horror head first.