Idea Factory didn’t work on this, did they? 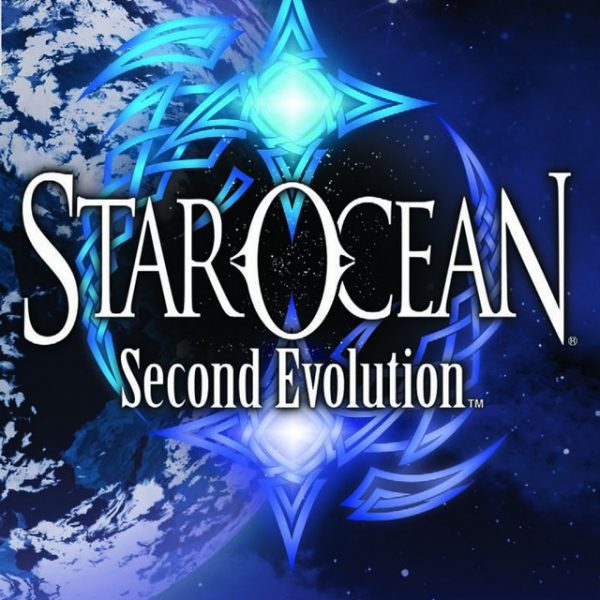 I will be the first to admit that I’m one of many people who have disparaged the Star Ocean franchise. Sometimes, I wonder if I’ve been a bit too harsh in the past with my comments about this “space” traveling franchise. It seems to have most of the goods for an RPG: unique characters that you get to know, fun battles, item creation, anime graphics, Sakuraba’s handy musical work and bonus dungeons. What’s missing? Oh yeah, the story. You see, in every Star Ocean, something happens in the story that makes the good stuff turn sour. As long as you can get past the ridiculous stories, you’re usually in for a fun time.

I loathe long-winded introductions so I’ll cut to the chase. Star Ocean: Second Evolution is an example of a perfect port of Star Ocean: The Second Story. For those of you new to the RPG scene, Star Ocean: The Second Story is a sequel to the Super Nintendo’s Star Ocean which never got released in the United States. The new content and updated script help make the story more tolerable. If you missed a chance to play as Claude or Rena on the Playstation, pick up that PSP and get to work. Remember: you’re playing Star Ocean. This means that the story will throw something utterly ridiculous at you when you least expect it.

Before that happens, you get the chance to pick your main character and begin your journey. You can start the game as Claude C. Kenny, the son of Star Ocean: First Departure’s Ronyx J. Kenny or as Rena Lanford, a girl with pointing ears, unique healing powers, a mysterious past and a chipper personality. The story is the same no matter who you pick: the planet of Expel has been hit by a meteor dubbed the Sorcery Globe and it’s up to you to stop it’s effects. There are some major differences through the tale depending on your MC. This gives you plenty of incentive to play the game more than once so you can see both sides of the story. New to this version’s story are anime cut scenes that advance plot points forward. Beautifully drawn and well animated, these much needed clips are a huge welcome. At some point, the story takes a few twists and while it’s nothing as bad as Star Ocean: ‘Til the End of Time, it could have been better.

But, as is typical for Star Ocean: Second Evolution, the game features an awesome cast of characters in it’s sub par story. Besides Rena and Claude, you’ll meet a variety of unique personalities that develop exceptionally well throughout the game thanks to the classic Private Actions. In towns, talking to your comrades will initiate events that will raise and lower friendship levels. In doing so, you get to learn more about the character as well as alter which character endings you get. With nearly 100 character endings, there’s never a dull moment in learning about your friends. The only downside is that Rena and Claude do most of the talking during the main quest. I’d like to hear what everyone else has to say regarding the total annihilation of the universe.

At least they’ll contribute to your cause in battle. The real-time frenzies are back in full swing in Star Ocean: Second Evolution. Up to four characters can participate in these battles. Depending on who you control, you can assign spells or skills to the L and R buttons, perform a melee combo and run around like a mad man avoiding attacks. The rest of your team will do as they’re told thanks to much better AI settings than before. Battles are bit more challenging this time, but never so much that you’ll need to grind to survive. On the other hand, since battles are much more fun, you may end up grinding unintentionally. Skills will change and power up with continuous use. Spells aren’t as broken as before, but they have longer animations that cannot be turned off. I avoided using certain spells so the battle didn’t last longer than it should. When your characters level up, they’ll gain a boost in parameters, they may learn a new spell or skill, and they’ll acquire Skill Points. These precious points of power are used to upgrade certain abilities that are used in the massive feature known as Item Creation. Paint pictures. Write books. Compose music. Cook food. Refine minerals and jewels. Customize your equipment. It’s all there and it’s all as addicting as before. With proper use of Item Creation, you can turn your team into a group of colossal powerhouses. The stat boosts that come from upgrading your talents don’t hurt, either.

Star Ocean: Second Evolution is one of the best looking games on the PSP. The sprites have more detail and crispness than before. While they do rely heavily on anime emotional bubbles, their bodies help in depicting their moods. New to this version are character portraits with various expressions. It’s a nice touch and gives certain characters more personality. Skills and spells look as flashy as always when they hit a variety of monsters, but the best thing about the graphics is the pre-rendered background engine. Every town, every house, every castle, every lab, every cave, every forest, everything looks gorgeous. Just gorgeous. The level of detail added shows how much Tri-Ace cares for this series. Little touches like rippling streams and flying birds complete the package of gorgeousness. You’re probably wondering if all of this praise for the graphics can be passed on to the sound. The music is easily one of Sakuraba’s best soundtracks to date, so there’s nothing more to say there. However, what about the voice acting? You’ll be glad to know that the campy, muddled voice overs from The Second Story have been scrubbed, rinse and hung out to dry for a fresh new cast of voice actors. Second Evolution sounds infinitely better than The Second Story thanks to the polished voice acting.

If you recall in Star Ocean: First Departure, the amount of backtracking and the lack of a meaty quest took away from the game’s level of fun. If I recall correctly, there wasn’t a bonus dungeon or much incentive to start a new quest. Well, you’ll be glad to know that all of that is gone in Star Ocean: Second Evolution. The pacing is better, there’s a huge post-game dungeon, it has two points of view and Item Creation is a simple but addictive affair. Even if you clocked in hundreds of hours in Star Ocean: The Second Story, you owe it to yourself to do the same with the new and improved version. The upgraded script, the addition of a new character, the animated movies and the promise of at least 50 hours of game time should be enough to convince you. If you’re still not convinced, then the improved voice acting and graphics should do the trick. Still not convinced? Alright, out of all of the Star Ocean titles, Second Evolution’s plot twist is the easiest to stomach. There, that should be enough. Star Ocean: Second Evolution is an excellent port. Fans of the original and fans of the RPG genre will enjoy all it has to offer.